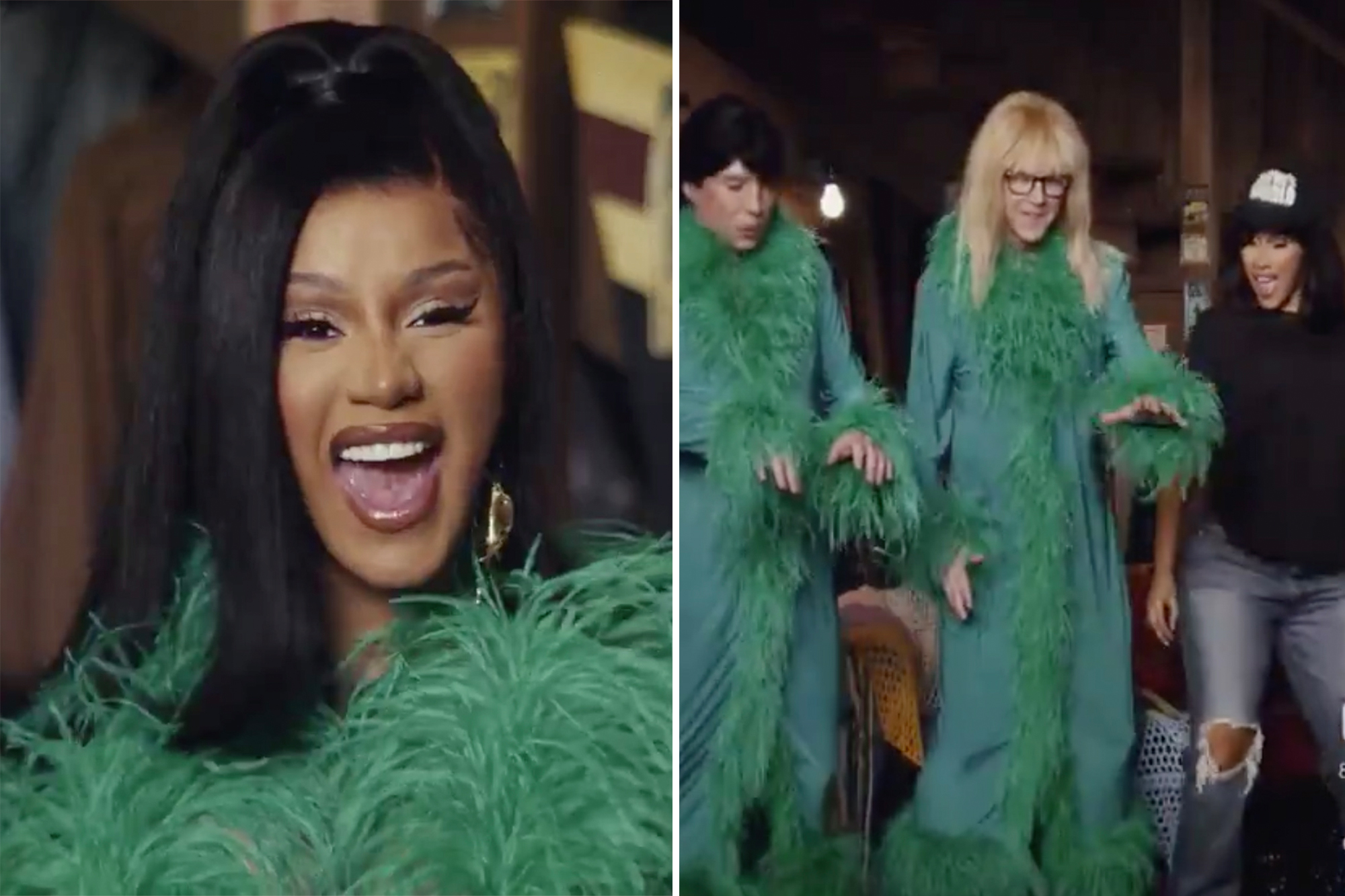 Here’s an unexpected cultural mashup for you.

“As a local access show, we want everyone to support local restaurants,” says 57-year-old Myers — a k a Wayne — in the minute-long ad.

“But we’d never manipulate you the way all these other commercials do,” adds Garth actor Carvey, 65, as subliminal messaging reading “EAT LOCAL” flashes on the screen and they wind up holding adorable lookalike babies.

“We’d never shamelessly rely on a celebrity cameo,” continues Myers, with Carvey adding, “Right, Cardi B?” as the camera cuts to the “WAP’ singer seated next to them, filing her nails.

The three then do a coordinated dance and sing “local eats” to the theme song from “Wayne’s World,” which was released in 1992.

In a previous clip, released Sunday to tease their upcoming Super Bowl appearance, Myers proclaims, “2020, man — that was a great year,” after which Carvey joins him to simultaneously say, “Not!”

But the coronavirus quarantine apparently has been great for Uber Eats’ business, with orders on the delivery app surging in New York City since early on in lockdown. In August, Uber Technologies Inc. announced that demand for the app had more than doubled in the year’s second quarter.

Cardi B has made numerous headlines this month with her wild style, including a revealing leather harness, a completely see-through dress and a barely-there look made entirely out of stickers.