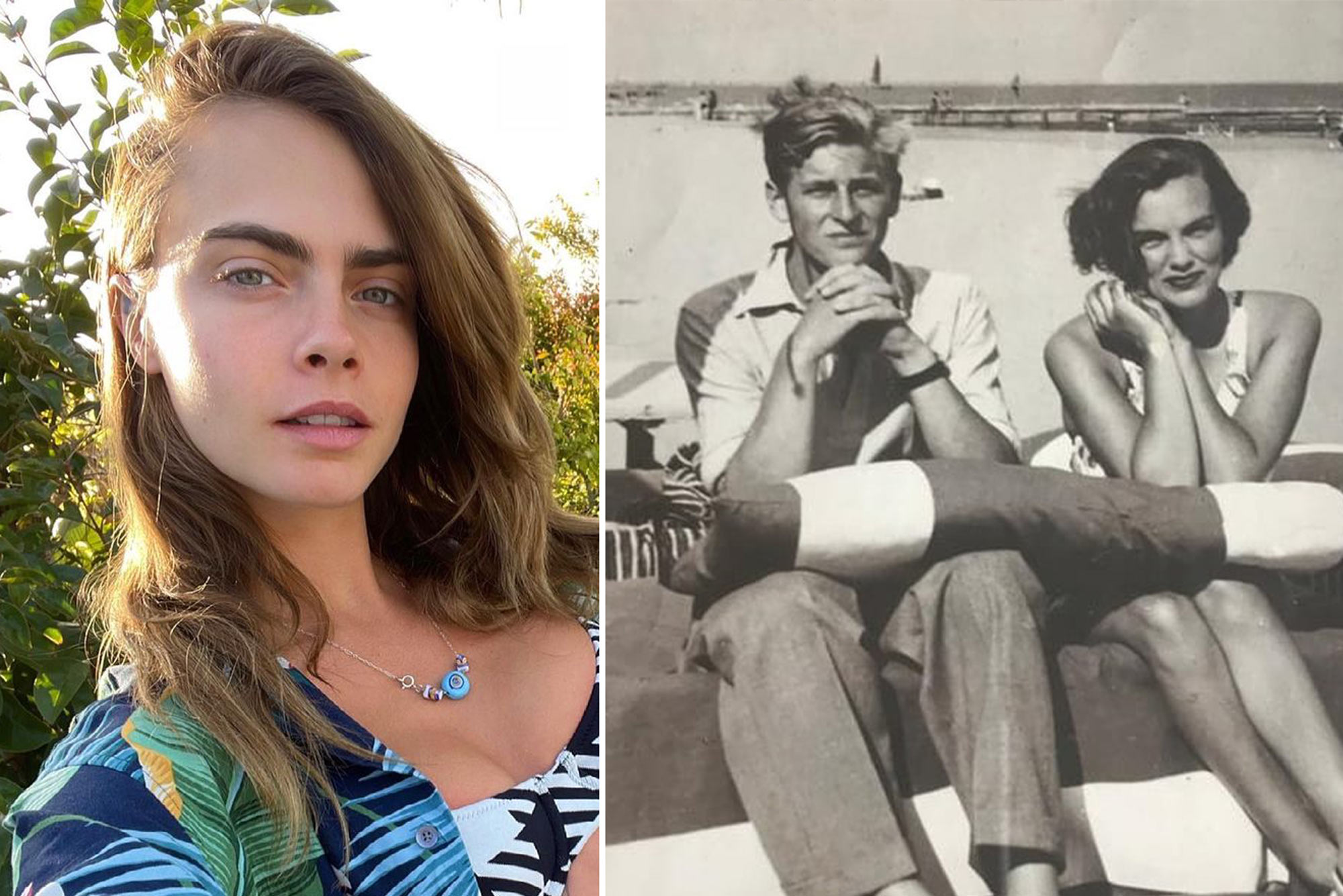 Model Cara Delevingne shared a photo of her grandmother with a 17-year-old Prince Philip in Italy.

The black-and-white snap of Angela Delevingne and the future Duke of Edinburgh — who died at age 99 last week — was taken on a beach in Venice in 1938.

Cara’s sister Poppy also posted the throwback photo, writing, “My cousins remember her saying ‘That after meeting him, she thought he’d make someone a very good husband one day.’ How right she was.’”

The photo was taken by Angela’s husband Edward, whom she had married that year.

It would only be one year later that Philip would properly be introduced to Elizabeth, 13, when the princess accompanied her parents on a visit to Britain’s Royal Naval College where he was a cadet.

Angela — who passed away at age 102 in 2015 — was born into an aristocratic family. Her father was a Viscount and her maternal aunt was the stepmother of Lord Mountbatten’s wife Edwina. Lord Mountbatten was Prince Philip’s uncle and the Queen’s second cousin once removed.

She shared four children with Edward and was wed for 37 years until his death in 1974. Her son Charles, a property developer, is the father of Cara, 28, and Poppy, 34.

Cara Delevingne and Poppy Delevingne shared a photo of their grandmother with Prince Philip.Getty Images

Cara and Poppy grew up in a Belgravia mansion, and the pulchritudinous pair’s maternal lineage is just as rarefied. Their mother, Pandora, is one of the Duchess of York Sarah Ferguson’s closest friends and their maternal grandmother was a lady-in-waiting for Princess Margaret. Their grandfather was Sir Jocelyn Stevens, chairman of English Heritage, and Cara’s godmother is actress Joan Collins.

Meanwhile, Philip, the longest-serving royal consort in British history, married the future Queen Elizabeth II in 1947. He passed away at Windsor Castle on Friday.

Prince Edward’s wife Sophie told reporters that “the Queen has been amazing” as family members came in to see Her Majesty on Friday.

KUWTK: Kanye West Has Reportedly ‘Accepted’ He And Kim Kardashian Are Over But He’s Still Not Happy About It
Harvey Weinstein learns about air fryers ahead of extradition hearing
Comment