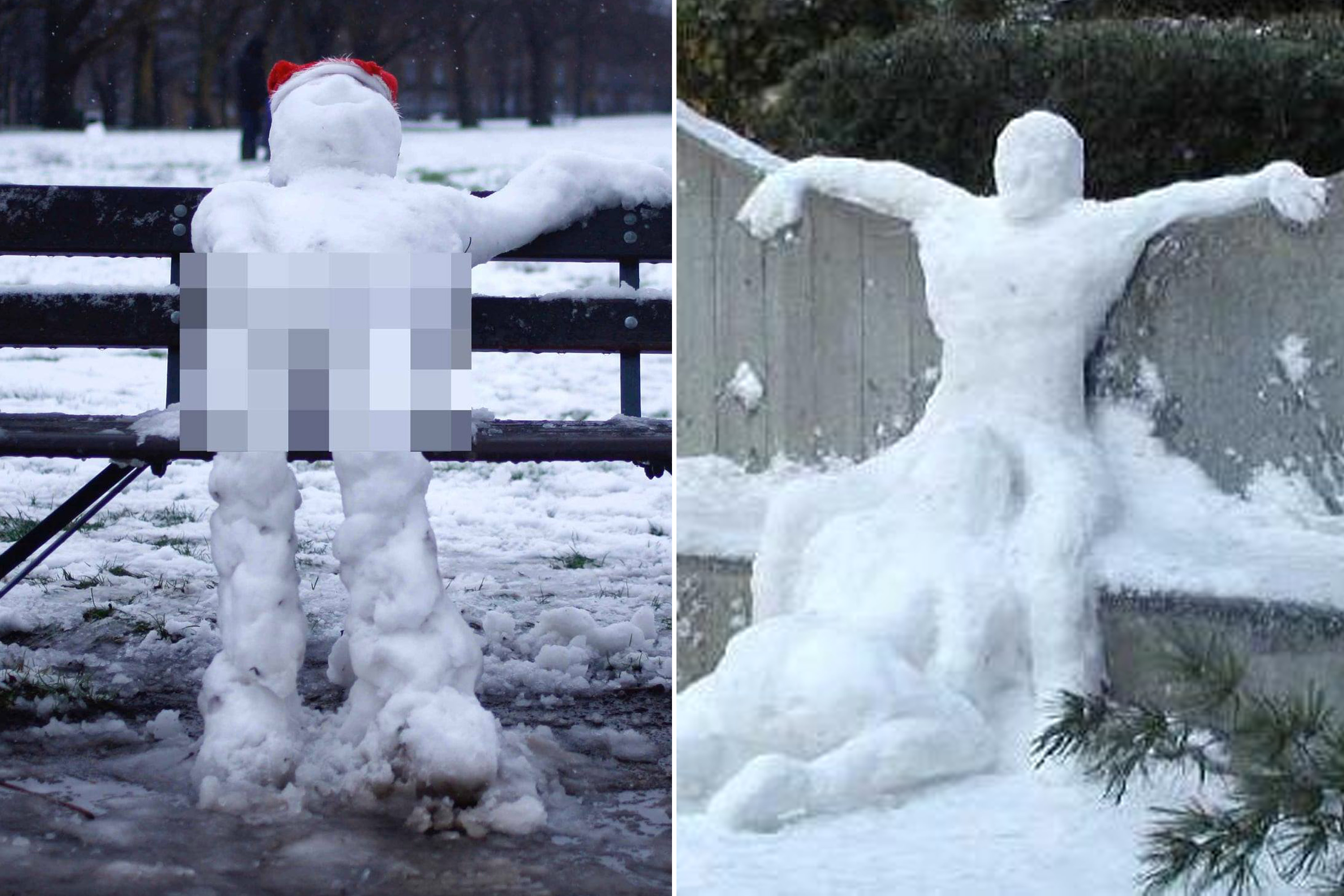 Snow has never been this hot.

“PLEASE STOP MAKING SEXUALLY SUGGESTIVE SNOW SCULPTURES AT CITY HALL!!” reads a Feb. 19 missive to citizens by the so-called Complaints Department. “WE HAVE CAMERA FOOTAGE OF THE PERSONS INVOLVED AND POLICE WILL BE INVESTIGATING!!”

One Facebook user called the snowman “kind” for letting the snowwoman rest her head between his legs.Facebook

“The City of Winnipeg would like to remind residents to please stop creating sexually suggestive snow people. Especially around schools! City crews have dismantled DOZENS around the city,” they admonished the public on Jan. 19.

“This photo was sent to us by Karen Moyle at Kildonan Park. We have blurred the phallic object in question,” they posted.

This snowman was caught enjoying the chilly weather a little too much.Facebook

Another raunchy scene shared by citizens of Winnipeg shows a giant snow penis engulfing a green sedan, alongside a plea from the faux-department to “contact us immediately” with information about a suspect captured on grainy security camera footage.

“One of our Complaints Department Clerks discovered her vehicle to have this disgusting ‘snow sculpture’ created on it sometime during the lunch hour. Needless to say we are shocked and saddened this vandalism happened to one of our employees,” they wrote.

With the exception of a few sticks-in-the-snow — such as the one who blamed pandemic restrictions for inspiring bored snow sculptors to offend — most of the group’s followers appear to be in on the joke.

“I hope the police find these individuals so I can let them know this is the best thing ever,” added another.