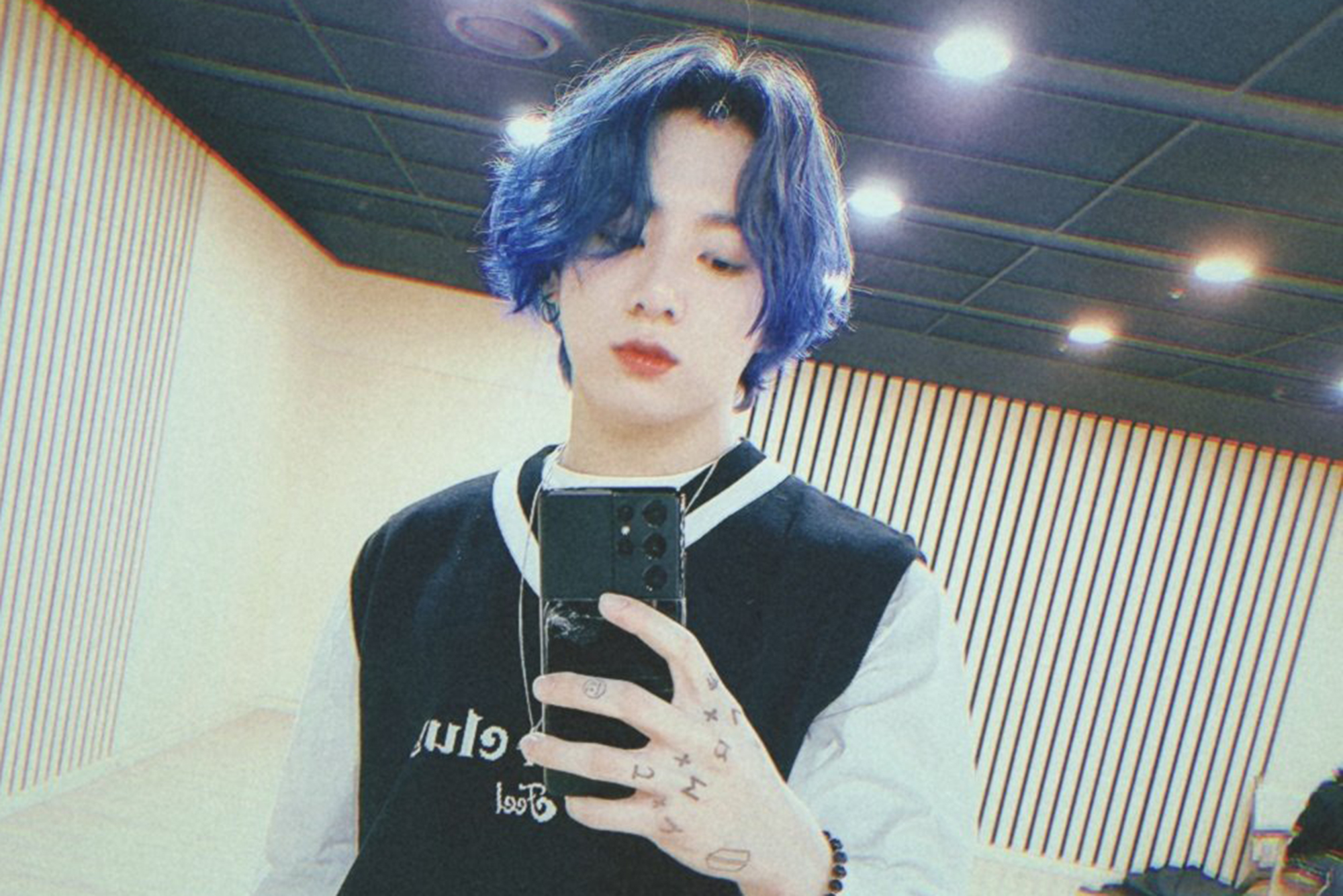 Jungkook’s vibrant new look came out of the blue.

A month after dyeing his hair blond, the BTS star, 23, shocked fans by debuting wavy blue locks on Monday.

The K-pop phenom posed for a mirror selfie to show off his style switch-up, telling fans that he dyed his hair himself.

While the blue ‘do was revealed right after BTS’ episode of “MTV Unplugged” aired, Jungkook still sported platinum locks in the previously filmed performance.

The dynamite dye job soon exploded on Twitter, with a fan writing, “i’m still processing jungkook going blond and now i have to start processing he has blue hair.”

Others thought the fresh color could be a sign of new music, with one person writing, “jungkook with blue hair?! that’s really a “im about to drop a mixtape” look. we best be ready.”

It’s far from the heartthrob’s first trending hairstyle, as his man bun on the “Tonight Show” went viral in September.

Following the group’s first Grammy nomination, it remains to be seen whether he’ll reach for the dye bottle again before the March 14 ceremony.