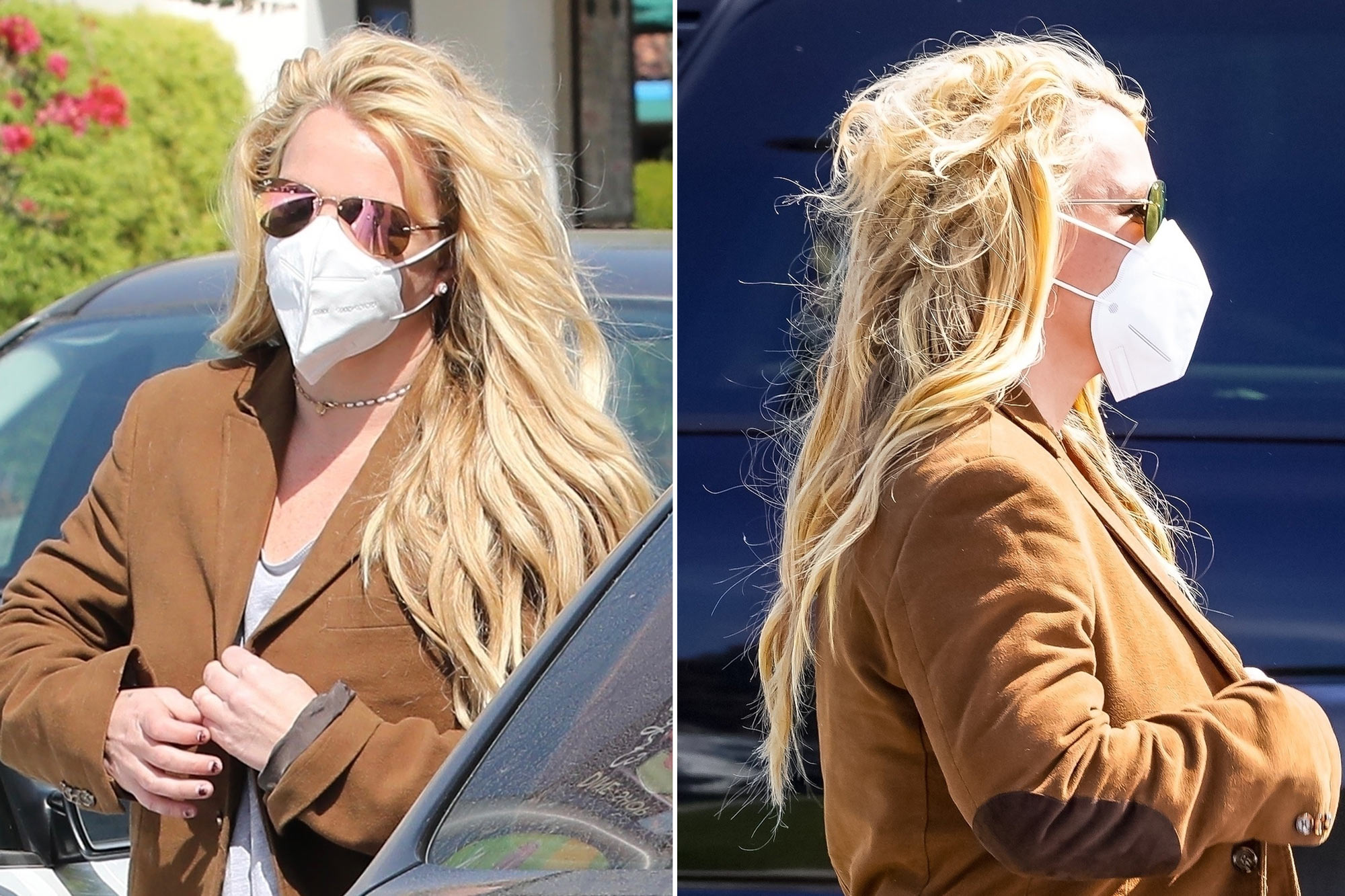 Britney Spears made a rare public appearance in Malibu while out on a shopping spree on Thursday.

Amid the ongoing debate over her conservatorship and well-being, the “Womanizer” singer was spotted at Madison clothing store at the Malibu Country Mart.

Britney Spears was spotted out in Malibu.Backgrid

She appeared to be trying to keep a low profile as she wore Ray-Ban sunglasses with her mask to cover her face from the paparazzi.

Spears, 39, was rocking her signature long, blond locks with a pair of jeans, an oversized brown blazer and a gray T-shirt.

She finished off her casual look with a pair of brown sandals.

One of her bodyguards was holding her shopping bags and followed closely behind her as she made her way to her car.

The pop star — who recently posted about getting the COVID-19 vaccine — has mostly stayed off the radar following the premiere of the New York Times’ Hulu documentary, “Framing Britney Spears,” which explores her conservatorship battle with her father Jamie Spears.

As Page Six exclusively reported in March, Spears was spotted for the first time since the documentary dropped looking cheery while out in LA.

Spears spoke up about the documentary for the first time that same month, saying she was left “embarrassed” by the way she was portrayed and “cried for two weeks.”

She also addressed the media as well as the public criticism she received from a young age throughout her career.

“My life has always been very speculated …,” Spears wrote in the Instagram post at the time. “Watched … and judged really my whole life !!!”

“I have been exposed my whole life performing in front of people,” she added. “It takes a lot of strength to TRUST the universe with your real vulnerability cause I’ve always been so judged… insulted… and embarrassed by the media… and I still am till this day.”

As for where her conservatorship stands, her father Jamie Spears still remains in control of her assets along with Bessemer Trust. He has been in control of her life — and her finances — since 2008, following her public breakdown.

In March, Spears’ attorney filed a petition to have Jodi Montgomery officially replace the pop star’s father as the permanent conservator over the singer’s personal matters.

An insider told Page Six at the time, “If Jodi becomes her conservator things would drastically change for Britney — she’s not working because of her dad. She has said that as long as a dad is in control of her life, she’s not working.

The next hearing on the matter will take place on April 27.