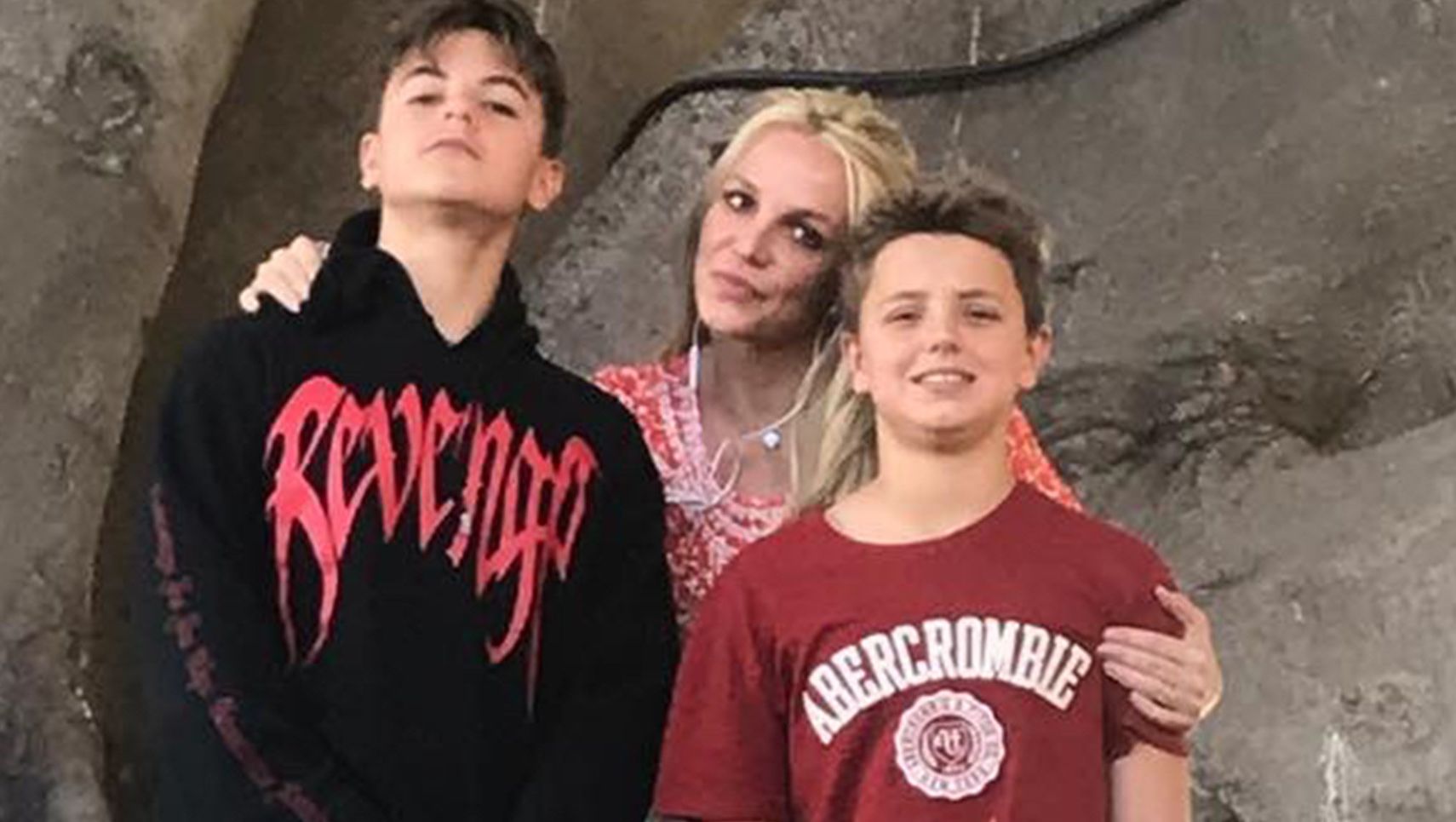 The pop star took to her platform to share some rare pics with her two teenage sons and she gushed over them in the caption! Check out what she had to say!
It looks like Britney Spears felt like showing some love to her kids, labeling them as ‘kind gentlemen,’ among other things.
The mom of two feels really ‘lucky’ to have Sean Preston and Jayden James with her ex, and she showed that on social media!
Usually, fans don’t really get to see the boys often since Britney wants them to be able to live normal, private lives.
That being said, it was surprising that she posted some never before seen pictures of them but her followers did not complain about being let in a little bit more.
Britney is just really proud of the men they are growing up to be so she could not help but rave about her boys on her go-to platform.
The two snaps she posted prove that the boys are now taller than their mom.
She wrote: ‘It’s so crazy how time flies… My boys are so big now!!! I know…I know…it is really hard for any mama especially a mama with boys to see them grow up so fast!!! Talk about enough to just make you go to your knees…GEEZ!!!!’
Last time fans were able to see the mom and her sons at a public event was back in 2013 when they showed up on the red carpet at the Smurfs 2 premiere.
Back then, they still only reached up to her waist!
Britney was not done! She went on to gush over how amazing her sons are, writing that ‘I’m extremely lucky because my babies are such gentlemen and so kind I must have done something right!!!!’

The singer also explained why she has not been posting more pictures of them online.
‘I have not posted pictures of them for some time cause they are at the age where they want to express their identities and I get it. But I went out of my way to make this very cool edit and guess what….They are finally letting me post it!!! Now I do not feel left out anymore and I am gonna go celebrate….Oh s**t I guess cool moms do not do that…Ok I’ll just read a book instead.’
Advertisement