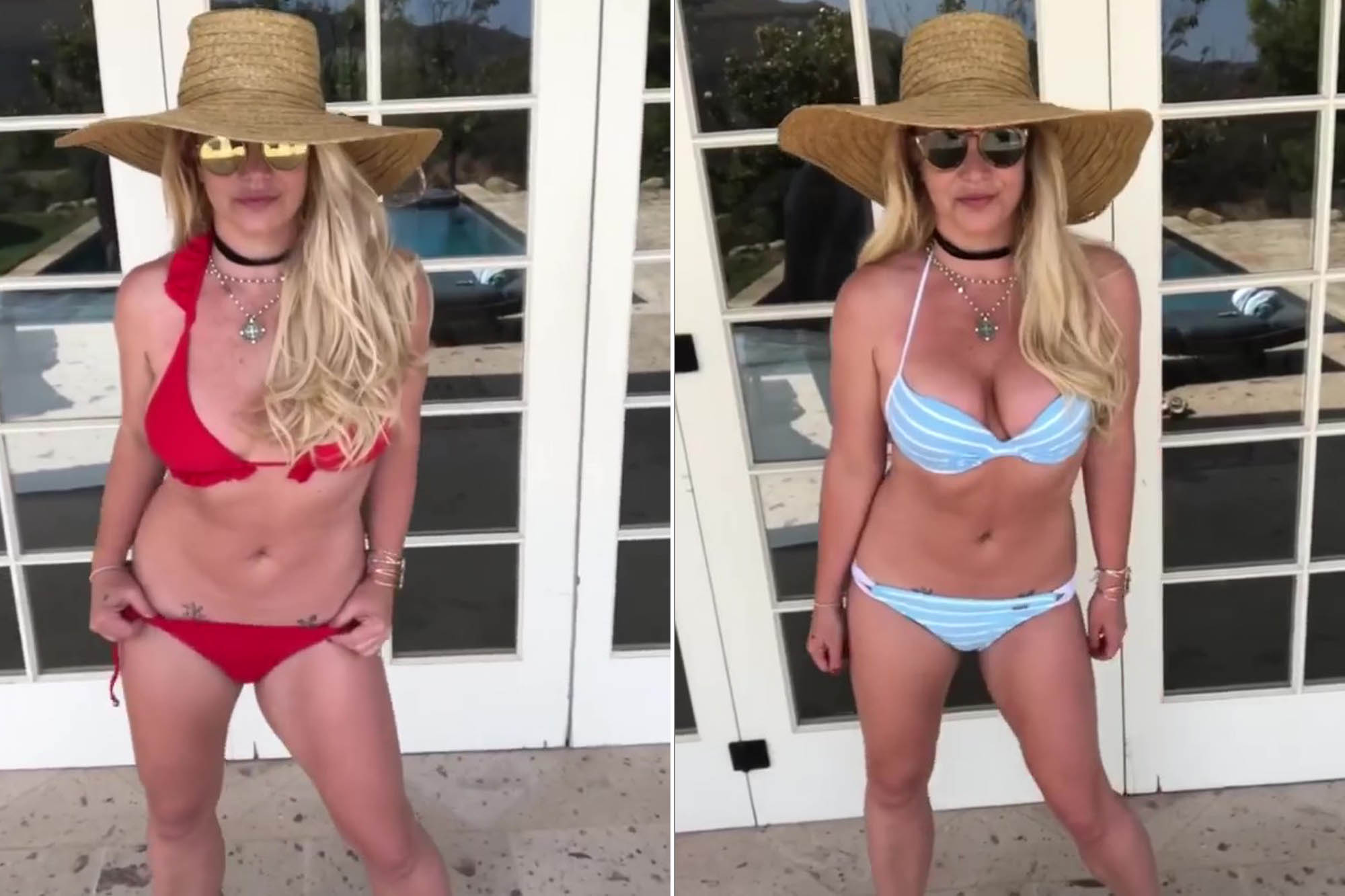 The pop star, 39, posted a bikini-clad Instagram video on Monday, revealing that she found her “favorite” bathing suit at the big-box store.

“My favorite new baby blue bathing suit I wore in Maui is from @Target,” she captioned the clip, dancing to Dua Lipa’s “Levitating” in a striped, halter-style suit.

She gushed about the retail giant, adding, “girls, you gotta go there cause their suits are bomb.”

Spears also modeled a ruffled red bikini for the video, although it’s unclear whether she scored that style from Target too.

She concluded her caption with a reference to her milestone birthday this December, writing, “Psss I’m going to be 40 this year and as Debbie says in This Is 40 … I’m not ready to shop at old lady stores.”

Followers related to the “Toxic” singer’s Target obsession, dubbing her “Queen of Target” and predicting her suits were, well, on target to sell out.

“All of my bathing suits this summer are from target too,” one fan commented, with another adding, “I guarantee target about to be sold out now lol the power she has.”

While Spears’ “favorite” blue bikini is in fact no longer available, there’s still a plethora of similar styles to shop, including a floral version of her underwire style ($23).

And as for her red-hot bikini, Target’s ruffled bralette bikini top ($23) and hipster bikini bottoms ($18) are still available in a similarly bold shade.

Britney Spears showed off more of her swimsuits in June during her vacation to Hawaii.Instagram

It’s not the first time the star has showed off her swimwear collection, as she posed in a series of colorful bikinis during her trip to Hawaii with boyfriend Sam Asghari in June.

Her latest swimsuit post comes shortly after she shared a video of herself creating an abstract painting. She’s also been posting a series of topless shots as of late, sparking concern from fans amid her ongoing conservatorship battle.