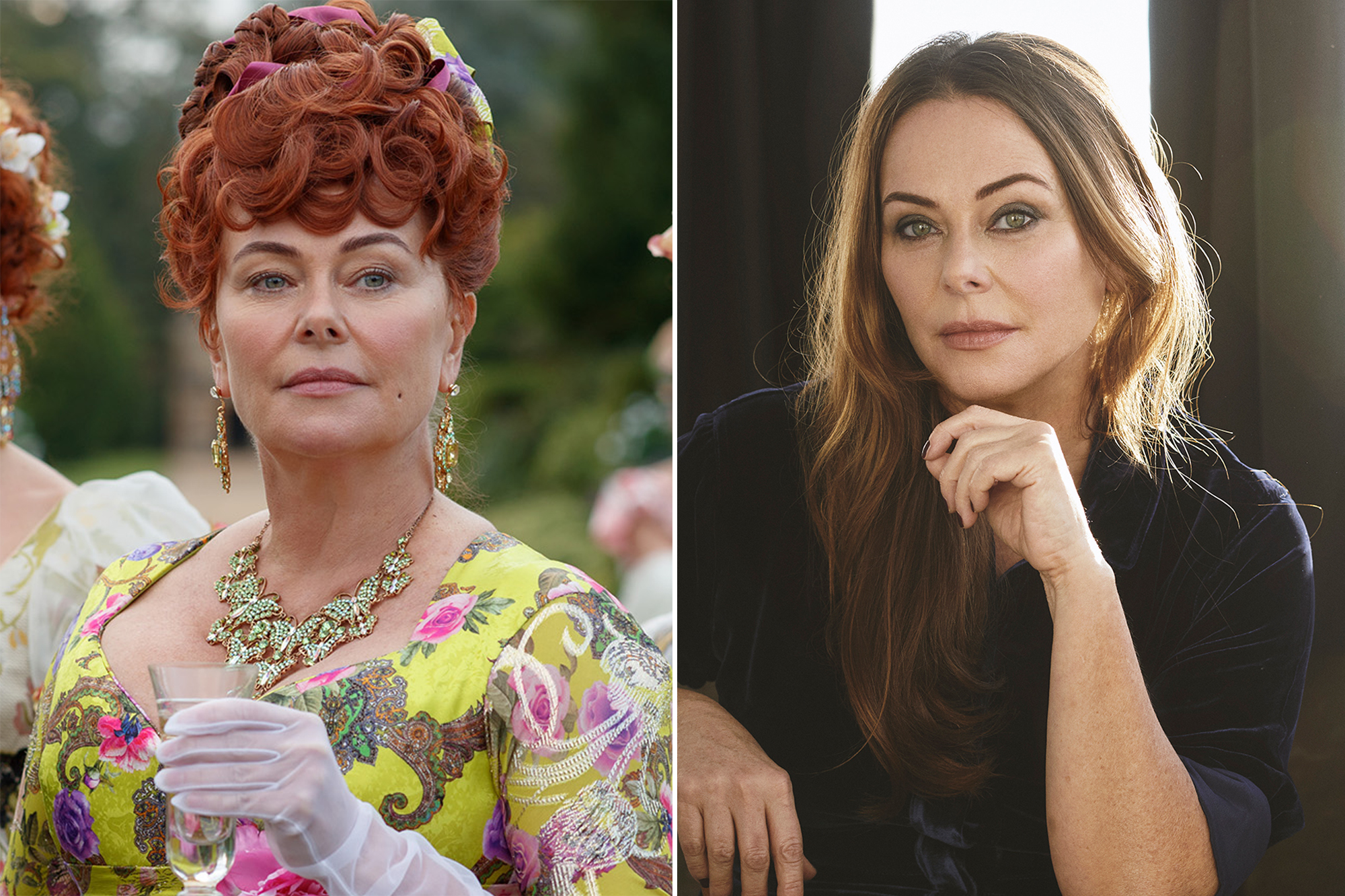 British actress Polly Walker is no stranger to period dramas.

Walker is best known for playing Atia of the Julii in HBO’s toga epic “Rome” (2005-2007). Since then, she’s had a steady stream of roles (including movies such as “Clash of the Titans”) and is now pulling double-duty in two different costume dramas.

Walker, 54, answered some questions for The Post about her recent roles.

Do you have a particular interest in costume dramas?

I feel very comfortable within [that genre], just because I’m very experienced in it. Being British, you’re kind of schooled in it from an early age. We do historical dramas in acting school…so it doesn’t seem like such an alien world. It’s fairly easy for British actors to make it feel modern and present. But I like to do whatever I consider is a good project — whether it’s set in the future, the present or in the Regency era [as in “Bridgerton”]. It’s all about the story and the quality of the writing and the people associated with it.

The British actress is no stranger to period dramas. David Reiss

“Bridgerton” has been a hit and was renewed for a second season.

I’m pleased with how the world has received it — you never know, and I try not to have any expectations. I think I’ve been doing it long enough to know that things you think are going to be a huge hit sometimes never see the light of day. So I try not to have any kind of attachment, but I’m incredibly pleased and proud of everybody’s work — and I think it’s getting some well-deserved success.

I’m working again with [executive producer] Bruno Heller, with whom I did “Rome.” I think he’s amazing and incredibly talented, so I’m happy to be part of anything he does. And it’s set in the ’60s and its very tongue-in-cheek and fun. My character has a sex shop in Soho and has dubious morals. It’s very far away from who I am, and that’s always fun to play.

“I’m incredibly pleased and proud of everybody’s work — and I think it’s getting some well-deserved success,” Walker says of “Bridgerton.”LIAM DANIEL/NETFLIX

Your character in “Bridgerton” is also not one of the good guys.

It’s much more interesting to play somebody who’s slightly controversial than to be some drippy wallflower. You can sink deep into the part and explore avenues that perhaps you wouldn’t normally explore. So it’s quite nice to be able to murder someone or prance around in the [“Bridgerton”] era. It’s all a good old game of make-believe.

What was your favorite aspect of “Bridgerton?”

I loved being in the homes. They were so exquisitely designed and detailed that it sort of took your breath away when you arrived on set in the morning and hadn’t been in that particular room yet, or down that staircase, and then seeing all the regalia. The locations were stunning.

“It’s much more interesting to play somebody who’s slightly controversial than to be some drippy wallflower,” she said.LIAM DANIEL/NETFLIX

Do fans still approach you about “Rome?”

I would say once a month somebody on the tube will say something. Certainly you get recognized at the most unlikely times, when you’re in a [line] to buy a steak or something at the butcher’s. It’s always nice when someone does approach me, and people have only ever been very kind.