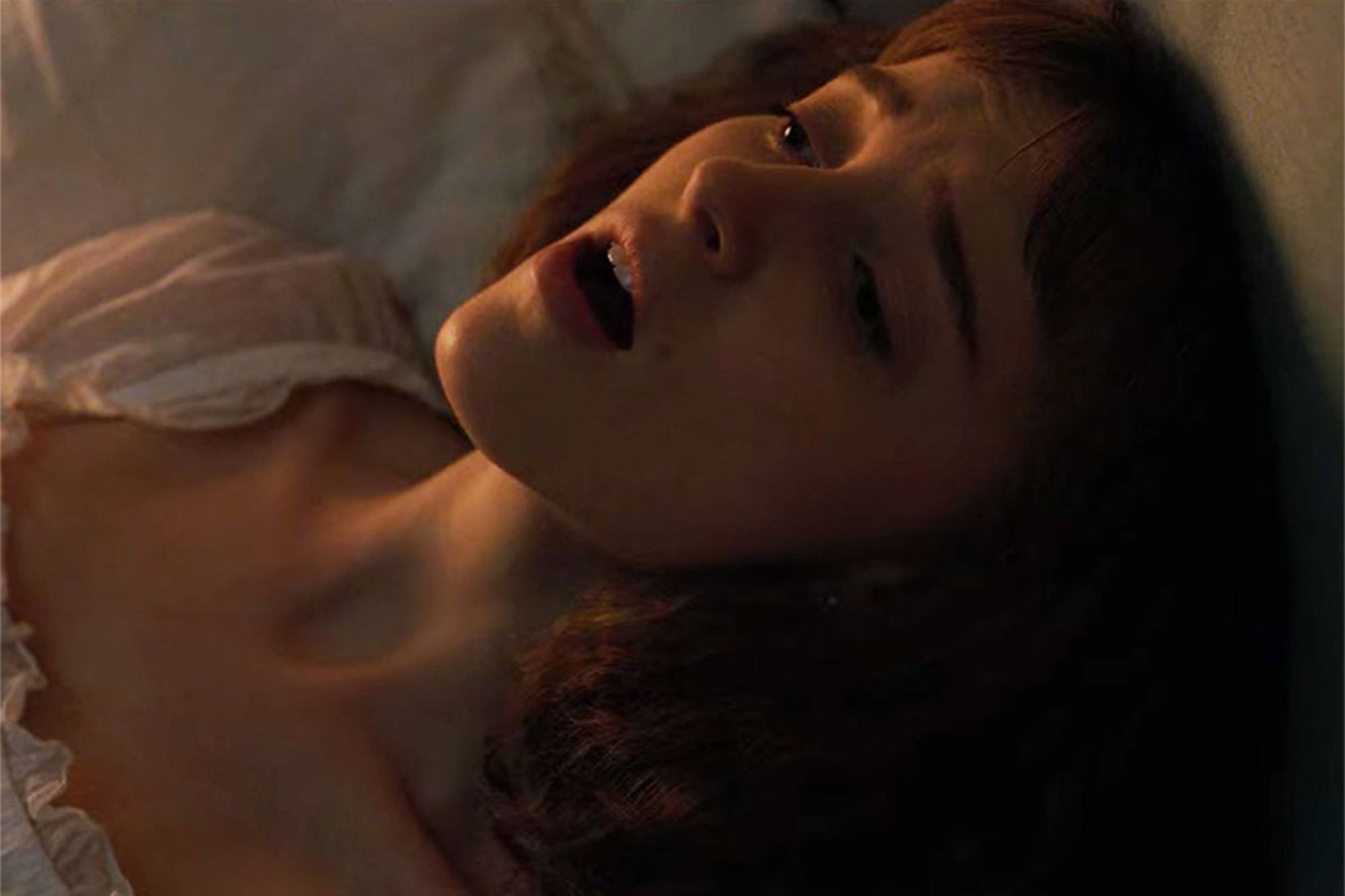 The borderline-pornographic period piece “Bridgerton” is now the most-watched show in Netflix history. On Wednesday, the streaming giant announced that a whopping 82 million households tuned into the steamy Shonda Rhimes bodice-ripper in the first 28 days since the show’s launch on Dec. 25.

But all those viewers probably weren’t tuning in for the Regency-era costumes and string quintet versions of pop songs.

The romance novel-based show, which has already been renewed for a Season 2, follows the hormone-fueled love affair between Daphne Bridgerton (Phoebe Dynevor, 25) and Simon Basset (Regé-Jean Page, 31).

Dynevor revealed to Glamour that the show’s many sex scenes — including a solo sex scene — weren’t as effortless as they seemed.

Phoebe Dynevor, 25, worked with an intimacy coordinator on the many steamy scenes in “Bridgerton.” LIAM DANIEL/NETFLIX

“We did the intimate scenes like stunts — we blocked them out, so you have yoga balls in between you and all sorts of things that never make you feel exposed in any way,” she said.

Phoebe Dynevor, 25, said playing Daphne Bridgerton on “Bridgerton” was a challenge, especially when it came to one particular solo scene, in which she was told to actually have an orgasm. Netflix

“The stage directions are very specific: You have to have an orgasm. It’s a difficult thing to rehearse, which means you don’t. You just do it.”

“If we didn’t have an intimacy coordinator, it would be our director, who was a male, coming up to me and telling me what to do,” she said. “No one wants to be told how to orgasm by a man.”

Netflix revealed that “Bridgerton” ranked No. 1 in 83 countries including the US, UK, Brazil, France, India and South Africa, and made the Top 10 in all 190 countries where Netflix is available, save for Japan.

Granted, Netflix’s metrics include viewers who tuned into the first few minutes of a show or movie — so take “82 million” with a grain of salt, as it’s unlikely that many people watched it all the way through. It still indicates a huge audience for the show though, and perhaps a cultural appetite for more romance adaptations on-screen.

Regé-Jean Page and Phoebe Dynevor star in “Bridgerton.” Their characters’ lusty romps were perhaps the reason behind the show’s success on Netflix.LIAM DANIEL/NETFLIX

Season 2 will follow Daphne’s oldest brother Anthony (Jonathan Bailey), and his love/hate relationship with Kate (a new character who hasn’t appeared on-screen or been cast yet). Season 2 does not yet have an announced premiere date but production is scheduled to begin in the spring.