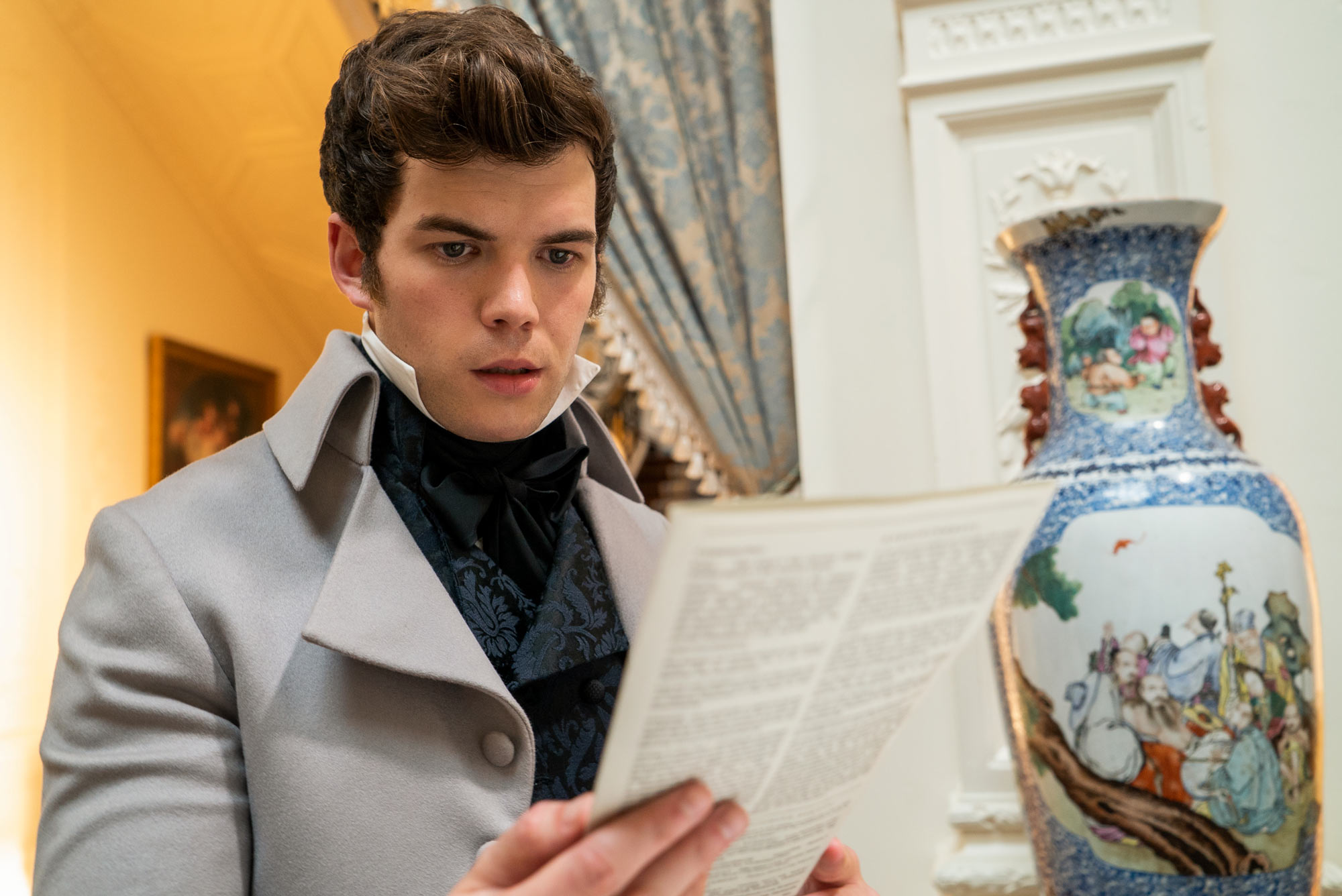 “Bridgerton” star Luke Newton admits that it was difficult growing up with dyslexia — especially since he knew he wanted to be an actor from a young age.

The 23-year-old — who plays Colin Bridgerton on the steamy Netflix series — recently told Page Six that as a kid he was under the assumption that the reading disability and acting “didn’t really go together,” but later learned that many successful actors are also dyslexic.

“It’s definitely difficult,” he explained. “If I get sent a project [and asked], ‘Can you read this script and tape for it over the weekend?’ It would take me four days, while other actors can smash through a script in a couple of hours. It’s definitely challenging for me.”

But his dyslexia was momentarily quelled by the “Bridgerton” script.

“This was one of the first times that I just couldn’t put a script down,” he told us.

Luke Newton prefers the dinner scenes to the bedroom ones on “Bridgerton.” Instagram

And while Newton didn’t get to take part in any of the romance scenes this season, he did tease that Colin’s character gets more of a leading role in the fourth book of the series. It is unclear if the show will continue on the same path as the book, but it was an instant hit and almost immediately renewed for Season 2.

Newton, however, prefers the dinner scenes to the bedroom ones.

“To be honest. I enjoy the dinner scenes more than anything, just being fed for the day,” he admitted. “Being served, what I like to think of as a Sunday roast and we filmed it for a whole day was not the worst thing for me to film.”