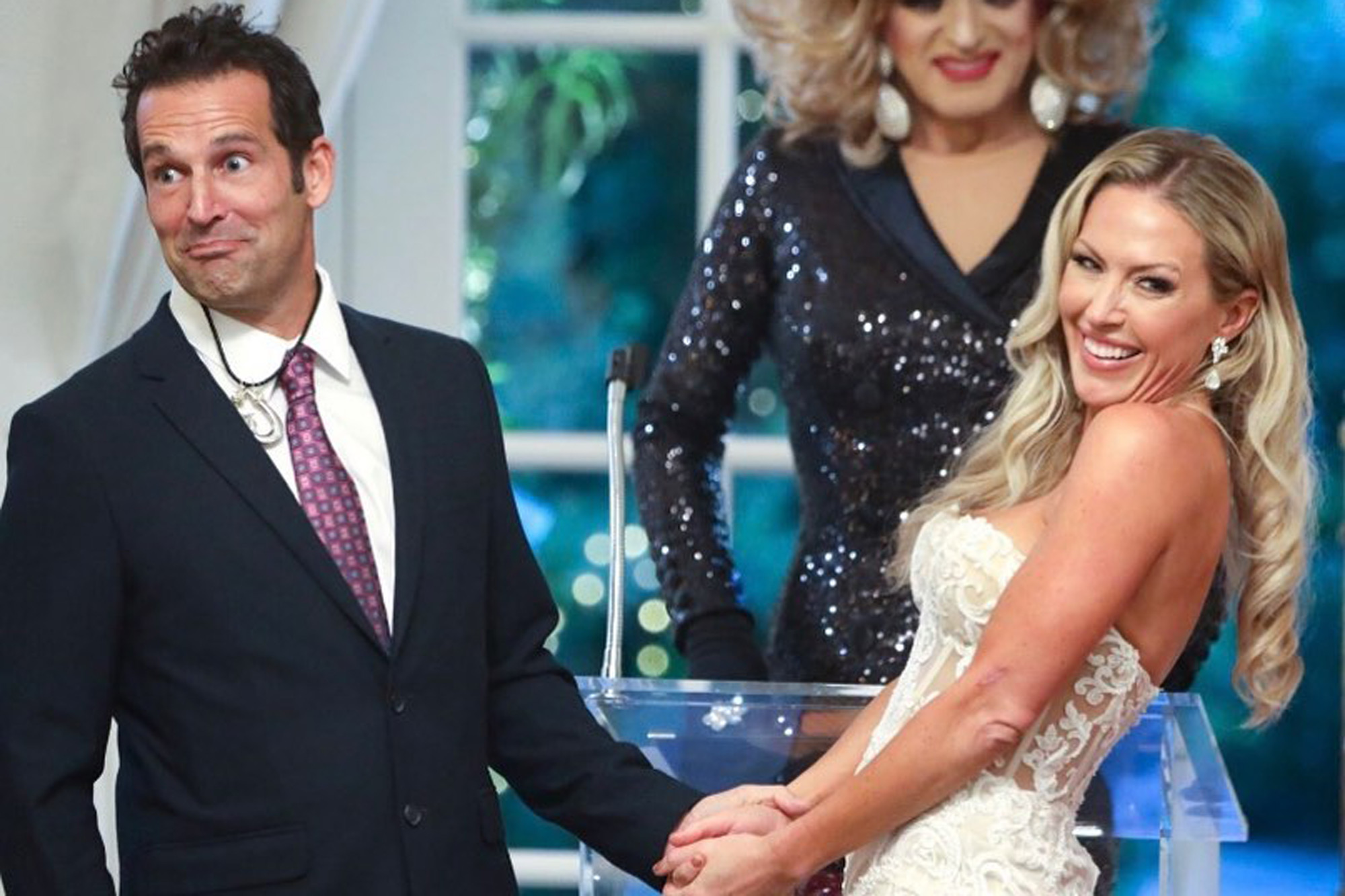 Sean Burke and Braunwyn Windham-Burke were in the hot seat during “The Real Housewives of Orange County” reunion.

The couple fielded questions about their unconventional marriage from Andy Cohen and the other “Housewives” as the episode came to a close on Wednesday night.

The conversation began with Braunwyn, 43, admitting that she was always attracted to women “but it didn’t correlate with what [she] wanted” for her life with a home, children and “the perfect life.”

“I’ve never been attracted to men physically,” she added.

“You’ve never been attracted to Sean physically?” Cohen asked her in regards to her husband of over two decades. She came out as a lesbian in December.

After a long pause, she’s answered, “No. And it breaks my heart to say that.”

“I would imagine it breaks your heart to hear,” Cohen said to Sean.

“Yeah. It absolutely does,” Sean responded. “I mean, when I think things are passionate or different, it involves drinking, going out at that time in our relationship. Of course we have an emotional connection, we’re best friends, and we enjoy each other that way, but that was a part of our relationship that was really hard and really challenging.”

He also admitted that “in some ways it was a relief” when Braunwyn came out to him because it felt like an elephant in the room to him.

Cohen then asked what role Braunwyn’s friend Shari played in their marriage, as Braunwyn told the girls in the season that she had moved in with the couple for period of time during quarantine.

“She was the one that kept me sober,” Braunwyn said as Gina Kirschenheiter rolled her eyes.

She explained that Shari would comfort her during “freak outs” and would talk her through it. At one point, Braunwyn fell in love with Shari.

“We went on a trip. She wanted me to leave him for her and I couldn’t do that,” Braunwyn said.

Braunwyn then noted that they had never done anything physically, but they had an emotional connection.

“She left,” Braunwyn continued. “He flew out. When he was there we had a very amazing talk. I was like, ‘I want to be with women. I would love to try to have an open marriage with you. I think we should try this because you’re still my best friend, like, I love you. And he agreed to it.”

The couple, who share seven children, are still figuring out their new relationship — with Sean also starting to date. Braunwyn said she found out when they got back from the trip that another woman had been in their home.

Braunwyn Windham-Burke introduces her girlfriend Kris on her Instagram Story.Instagram

“I didn’t take it well,” she admitted as the women started side conversations about how their relationship was one-sided. Braunwyn said that they started therapy together to figure out what they want from their lives and each other.

Both Sean and Braunwyn are unsure of what their future looks like — or if they’ll return to “RHOC” — but they both want to remain committed to their family as Braunwyn continues to date her girlfriend Kris.

“It’s mixed. It’s hard,” Sean confessed. “After being with someone for 25 years, of course it’s hard to say, ‘Oh my gosh, how did this happen? How did I not see this?’ But on the other hand, she’s so much happier and we don’t fight.”

The women then agreed that Braunwyn was selfish when it came to Sean’s role in their relationship, with Kirschenheiter bringing up that Braunwyn confessed to physically abusing Sean during quarantine.

“I slapped him. I smacked him,” Braunwyn affirmed. “It was horrible.”

As Cohen began to explain how the conversation may have been different if Braunwyn was a man who admitted to abuse, Kirschenheiter made a reference to her own strife with her ex-husband Matt Kirschenheiter, who was accused of domestic abuse by shouting out, “It would have destroyed your family.”

Sean admitted to enabling her drinking and wanted to stop her from drinking during the situation where Braunwyn slapped him and said he knew he was putting himself in her way. While Kirschenheiter said she was upset by it, Braunwyn said that she doesn’t need to make amends to the cast.

At the end of the conversation, the women took Sean’s side — which would make for an interesting next season.