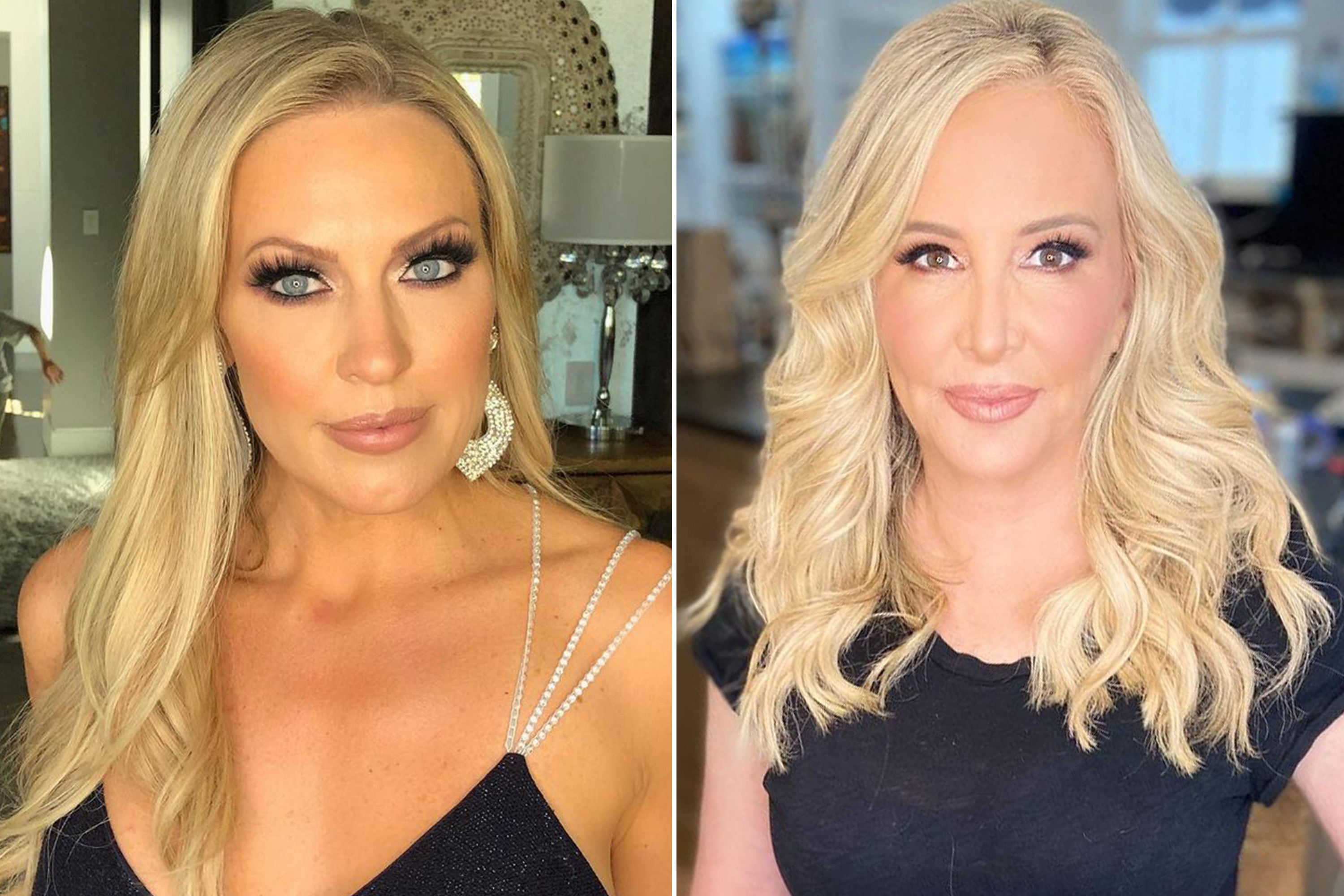 Braunwyn Windham-Burke has made amends with much of her past, but the recovering alcoholic still broke down when Shannon Beador claimed that she offered to get her teenage daughter drugs.

The conversation began during the first part of the “RHOC” reunion when Beador, 56, said, “I [didn’t] know whether I was going to say this today, but as a mother, I’m going to. When my daughter Stella was 14 years old at her very first beach barbecue, you went up to her and said, ‘Stella, if you want the good stuff, text me.’” It continued into part two of the reunion Wednesday, with Windham-Burke shedding tears over the allegation.

“I’m sorry. I get it,” Windham-Burke, 43, said through tears, as the conversation progressed. “I’m so sorry that I did that.”

“I would never do that sober,” she added.

Beador seemingly forgave her as the conversation wore on, saying, “Okay. I appreciate that.”

Emily Simpson agreed that she could tell Windham-Burke felt genuine remorse: The latter cried, “I’m f—ng disgusting,” at one point.

“I don’t think Brauwyn owns a lot of things she does, and she’s owning this,” Simpson offered, as Elizabeth Lyn Vargas agreed.

“I wasn’t pretty and I did a lot of things I was ashamed of,” Windham-Burke explained.

Beador said she understood, to which Kelly Dodd interjected, “You understand? If someone said that to my daughter, I would go nuts.”

Beador allowed that she was upset over the incident but that she spoke to her daughter about it and explained the place Windham-Burke was in at the time.

“I can believe I did it,” Windham-Burke said as she wiped tears from her eyes. “I did terrible things but I — wow — I’m so sorry.”

Host Andy Cohen wrapped the segment, but Windham-Burke was so upset by the conversation that she broke down in tears again later in the episode when it cut to its first commercial break, as Beador attempted to console her by saying, “It [was] a long time ago Braunwyn.”

“I think out of all the things I’ve done, that may be the worst,” Windham-Burke said, before leaving the stage. Simpson left to console her before the reunion resumed.

It’s unclear if Windham-Burke and Beador have patched up their relationship any further since taping the reunion.