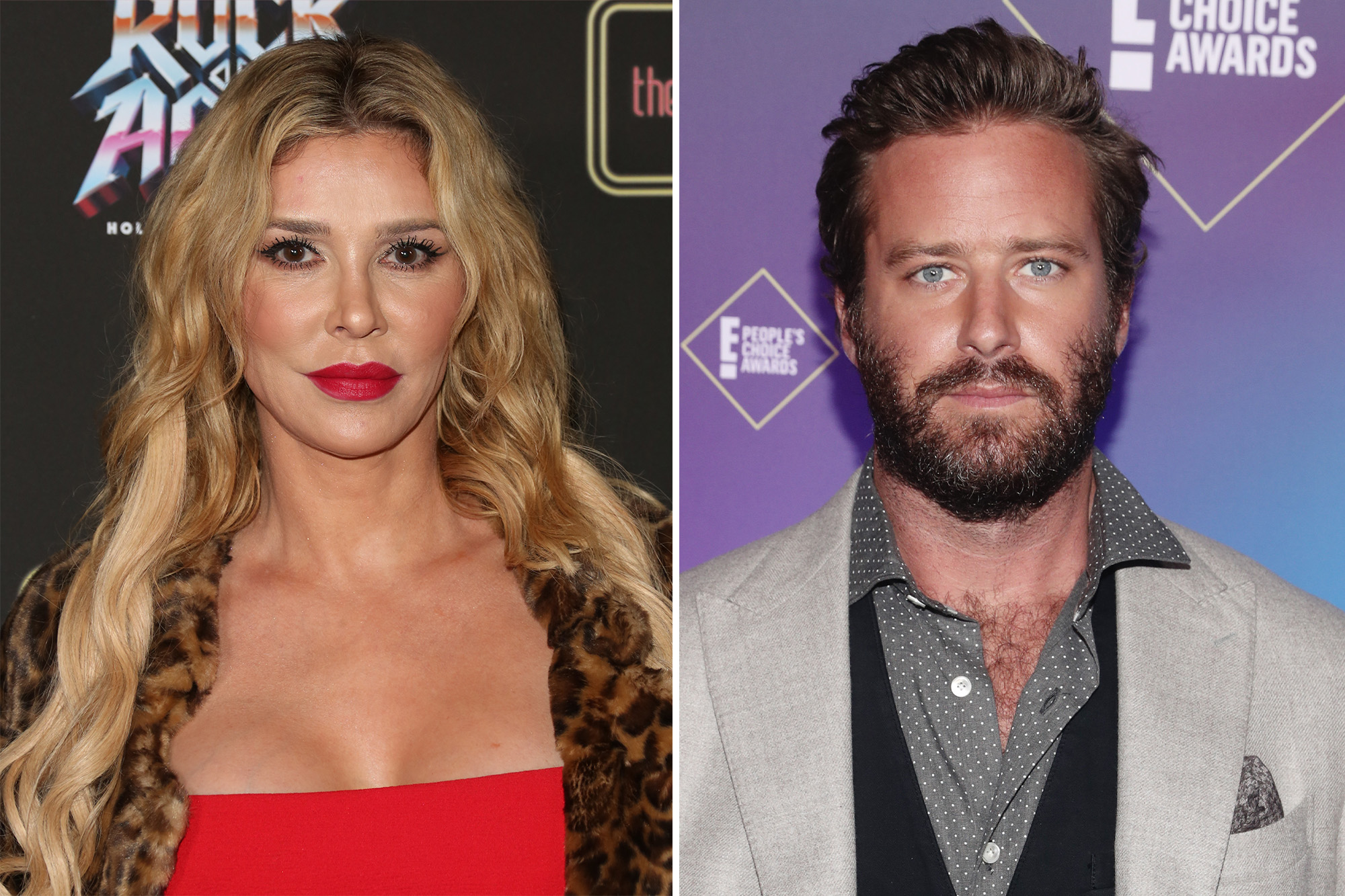 Brandi Glanville wants to be a part of Armie Hammer’s cannibalistic fantasies.

The “Real Housewives of Beverly Hills” star, 48, tweeted at the “Call Me By Your Name” star late Sunday, inviting him to enjoy her rib cage.

“Dear @armiehammer You can have my rib cage [heart emoji] how do you just keep getting hotter and hotter #letsbbq,” she wrote.

Glanville’s tweet comes after Hammer’s ex-girlfriend Courtney Vucekovich exclusively told Page Six that the actor, 34, “said to me he wants to break my rib and barbecue and eat it.”

She also accused Hammer of being emotionally abusive, telling us their relationship made her feel unsafe.

“RHOBH” star Brandi Glanville is under fire for telling Armie Hammer he could have her ribs.Getty Images

An attorney for Hammer has denied Lorenze’s allegations, telling us in a statement: “These assertions about Mr. Hammer are patently untrue. Any interactions with this person, or any partner of his, were completely consensual in that they were fully discussed, agreed upon, and mutually participatory. The stories being perpetuated in the media are a misguided attempt to present a one-sided narrative with the goal of tarnishing Mr. Hammer’s reputation, and communications from the individuals involved prove that.”

“This tweet is deplorable. There are very serious abuse allegations against this person,” tweeted one user. “You are mocking these and all victims. I’ve always had compassion and empathy for you even when your behaviour didn’t always warrant. This has gone too far.”

“Brandi, no girl. He’s an abuser. These women are scarred for life,” tweeted another.

“He’s being accused by multiple women of coercing them into unwanted and uncomfortable sexual situations. Is that seriously ‘hot’ to you??” asked another.

Hammer’s agency, WME, has dropped him and the actor has stepped away from multiple projects, including a rom-com starring Jennifer Lopez titled “Shotgun Wedding.”

“I’m not responding to these bulls–t claims but in light of the vicious and spurious online attacks against me, I cannot in good conscience now leave my children for 4 months to shoot a film in the Dominican Republic. Lionsgate is supporting me in this, and I’m grateful to them.”

KUWTK: Kylie Jenner And Travis Scott Still ‘Hooking Up’ But Not Back Together – Here’s Why They’re Not Labeling What They Share!
One murder horrified a country
Comment