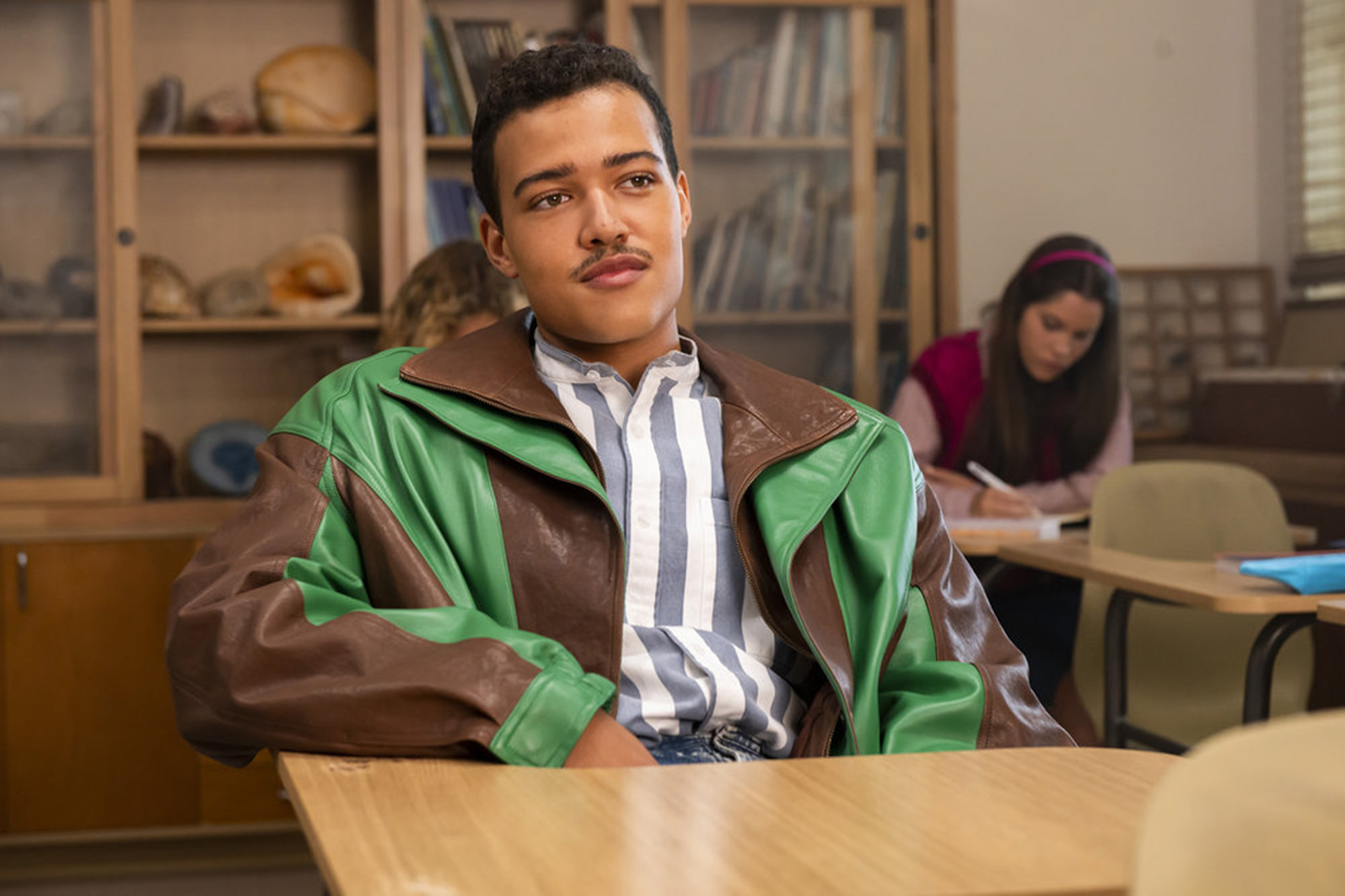 There’s a reason for that: “Young Rock” was co-created by global superstar Dwayne “The Rock” Johnson, who played football at the University of Miami before international fame as a WWE personality and movie star.

Johnson plays himself in the sitcom, which is set in 2032. He’s running for president and sits for a revealing, no-holds-barred TV interview in which he reflects on his life as a kid (played by Adrian Groulx) and during his University of Miami days (played by Uli Latukefu).

Constant, 22, plays the teenaged Johnson, who’s going to high school in Pennsylvania, where’s he called “Dewey” and looks older than his 15 years (his fellow students suspect he’s an undercover cop a la Johnny Depp in “21 Jump Street”). His mother, Ata (Stacey Leilua) is loving and caring; his father, Rocky (Joseph Lee Anderson), is a good-natured professional wrestler. Dewey works with his best friend, Gabe (Taj Cross), at a local pizzeria.

“In January of last year my manager sent me a regular e-mail audition as usual, except this one had a GIF of The Rock waving his hand forward like [he was] saying ‘Bring it on!’ “After I got the role, [Johnson] messaged me and we organized an introductory call.

“I had questions right off the bat [for Johnson],” Constant said. “I asked him, ‘What were the three most important things to you at 15?’ and he said, ‘Girls, working out and my family’ not in any tiered order. I definitely had crushes on girls at school but I didn’t have the confidence [Johnson] has on the show. My family is huge to me, still is and always will be.”

Constant has two older brothers, Christopher, 28, who works for a tech company in Nashville, and Michael, 27, who’s in medical school at Columbia University.

“Me and my brothers are so close and we text each other every day,” he said. “When I was in middle school they were in high school, which was right across the street.”

Constant said that, once he was hired for “Young Rock,” Johnson never told him how to play his 15-year-old alter ego.

“He never said, ‘We need the character to be like this.’ It was really about getting to know [Johnson]. After I asked my initial questions it turned into a casual conversation. He described what his mindset was and what was happening to him at that time. I just tried to connect and to understand the situation — that 15 was a tough time for him. His family didn’t have a lot of money and he had a rough relationship with his father at that point.

In an unusual move for a network show, “Young Rock” was shot from last September though last month in Queensland, Australia due to the pandemic production shutdowns. “I had never even left the US before and I was really excited to see koalas and kangaroos,” Constant said. “I probably got a little too close to some of them.”

While Constant doesn’t share any screen time with the other “Rocks” — Groulx and Latekufu — he said they got to know each other while on location.

“We shot our scenes at different times but we were on the set together a lot and we hung out, eating and playing XBox,” he said. “We all stayed at the same hotel. I can’t tell you how much of a blessing it was to shoot [in Australia]; we didn’t have the fear of being shut down and we were able to get out and hang around. Queensland didn’t have any [COVID] cases and no one wore masks when eating. I lived here in LA and worked at a grocery story until I left [for the shoot] last September. It was a surreal experience.

“I was ready for Australia,” he said. “Everyone there was so kind and sweet. It was like a fantasy land.”