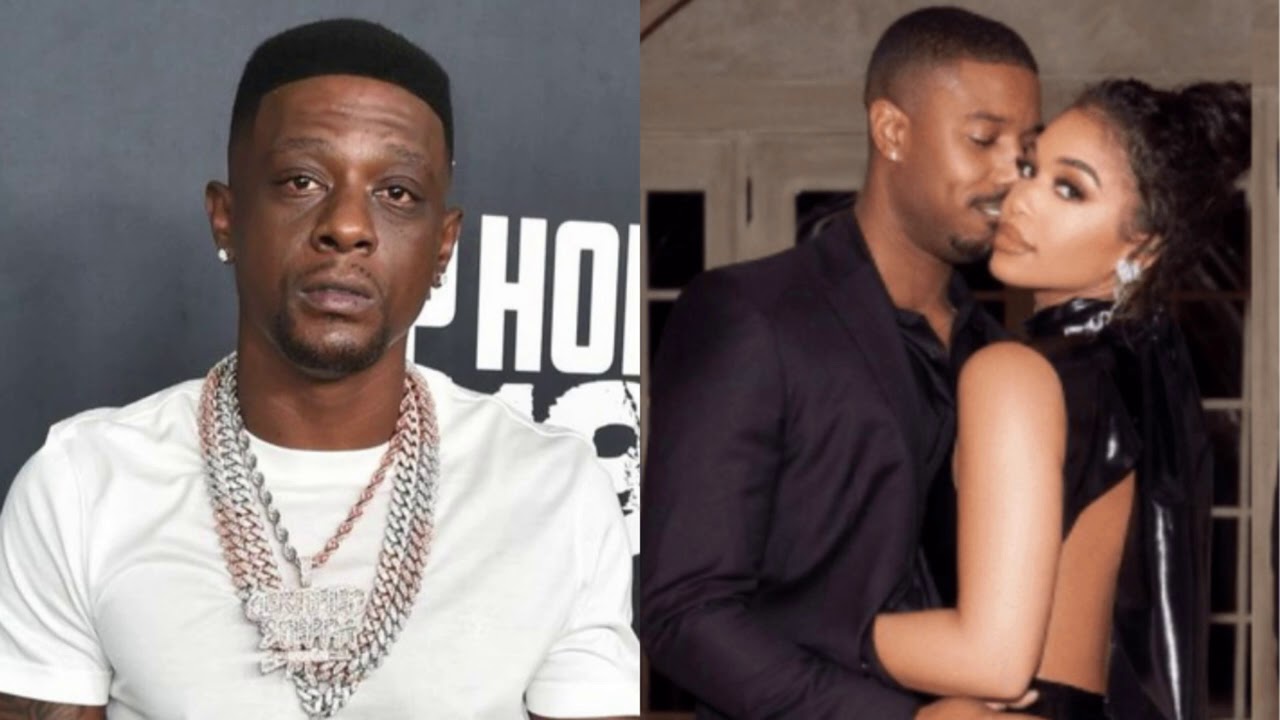 Boosie Badazz got a lot of people on social media mad for commenting on Lori Harvey‘s ‘body count,’ and calling her current boyfriend, Michael B. Jordan a simp for being the sort of man who’d wife her! As for him, the rapper made it very clear that he would sleep with her but never marry her!
It sounds like Boosie has had a lot of free time to think about the 24 year old’s love life!

While being interviewed by VladTV the other day, the host mentioned all the famous men Lori has been linked romantically with.
The list includes Trey Songz, Future, Diddy, as well as his son, Justin Combs and Akon’s brother, Buu.
Hearing this, the rapper did not hesitate to slut-shame the young woman, saying that ‘A lot of rappers want her because a lot of big dogs want her on their wish list. You gotta give the bachelors credit. People act like they fallin’, but nobody’s stuck. You only gonna stuck cause once you been ran through like that, you’re only gonna catch a simp, you ain’t gonna catch no street.’
At this point, Vlad had to point out that ‘Well she got Michael B. Jordan, he’s a pretty famous actor. I mean, is he the biggest black actor in Hollywood right now? But that’s what kinda dude you’re going to get. As a leading man, who is bigger than Michael B. Jordan right now?’
The rapper gave it a thought and had no choice but to admit: ‘Nobody.’

Boosie said Michael B. Jordan was corny but in the same breath said he was probably the most successful young Black actor right now. pic.twitter.com/mzlIoWm2xM
— Boujee Cousin Tae (@Loveijonte) February 16, 2021

‘That’s who’s gonna marry her. They look good together too. That’s the kind of guy who would marry her, you know what I’m saying?’ he then said, adding that he would never consider marrying her.
Instead of Lori, he insisted that would want to tie the knot with a ‘beautiful, good girl.’

It didn’t take a long time for social media to drag the rapper for his comments.
Many of them pointed out that the 38 year old already has 8 kids and 6 baby mamas, so he should not be talking about anyone’s body count!
‘Boosie saying he wouldn’t marry Lori Harvey like he would even be an option to her is the most delusional thing that I have read all week,’ another user said.
Advertisement