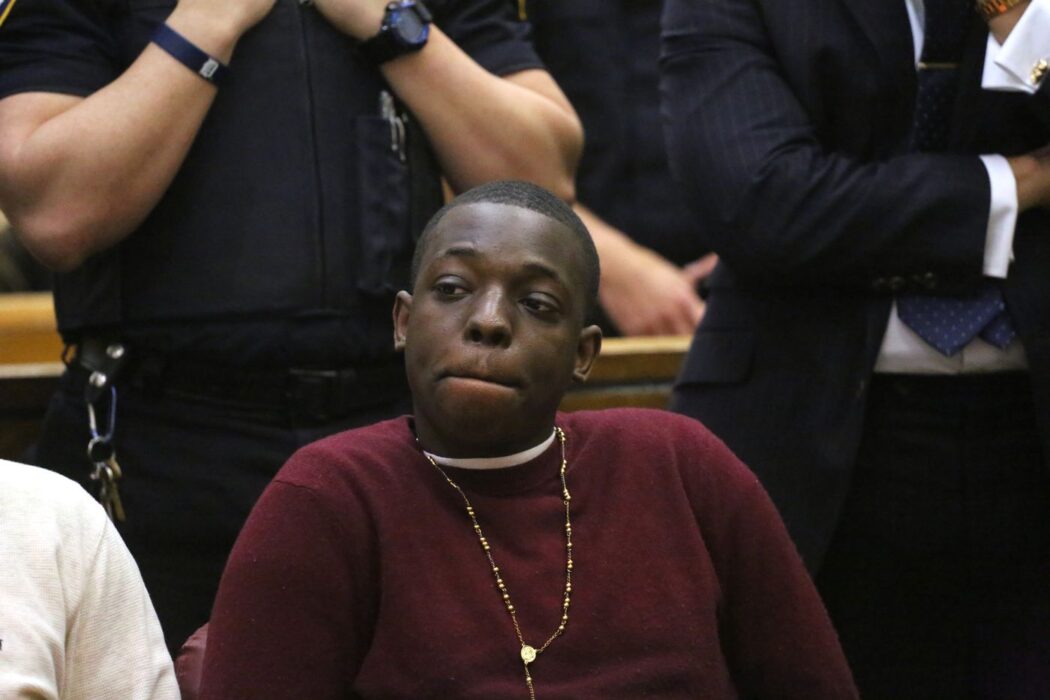 In what just might be one of the biggest stories in hip-hop right now, Bobby Shmurda has officially been let out of prison, a new report from Page Six revealed today. The outlet says that the 26-year-old rapper was released from a New York City prison on Tuesday (first confirmed by TMZ).
Hip-hop followers and fans of Bobby know he has been behind bars since 2014 when he was booked on conspiracy and weapons possession charges. Moreover, in 2016, it was revealed that he took a plea deal of seven years.
RELATED: Rowdy Rebel Gets Out Of Prison 1 Year Before Bobby Shmurda
The judge at the time credited him for the two years he had already served. Surprisingly, Shmurda managed to get out of prison on Tuesday 10 months before he was supposed to due to good behavior behinds pars and also participation in various prison programs.
This Monday, the rapper’s IG account posted a music video featuring clips from the crime thriller, Kings of New York, appearing to insinuate that his resurgence was imminent. The rapper wrote in the caption of the video, “how the f*ck y’all forget about me?”
https://www.instagram.com/tv/CLlhq16HmeJ/
RELATED: Boddy Shmurda Won’t Get Out Of Prison Until 2021 – He Was Denied Parole
During a conversation with TMZ, Leslie Pollard, his mother, explained how the rapper was going to be coming back to music the moment he got out of prison. Moreover, she shared how her son wanted to have dinner with his family.
However, Bobby isn’t completely off the hook yet. TMZ says he’ll remain on parole at least until 2026, five years from now. As it was just noted above, Bobby’s name has been in the headlines intermittently over the last year and a half.
It was reported a number of times that Bobby would be getting out of prison earlier than expected, but then additional reports claimed his reputation with the parole board wasn’t quite as positive as what had been stated in the media.
Additionally, multiple outlets claimed there existed a countdown clock that appeared to insinuate that Bobby was going to get out within several days of its appearence in the media. However, it turned out that the clock was fake.
Advertisement

Cardi B Reveals She Was Paid Less Than White Artists In Both The Music And Fashion Industries – Says It Feels ‘Insulting!’
Demi Lovato Says She Loves Her New And Much Shorter Haircut
Comment