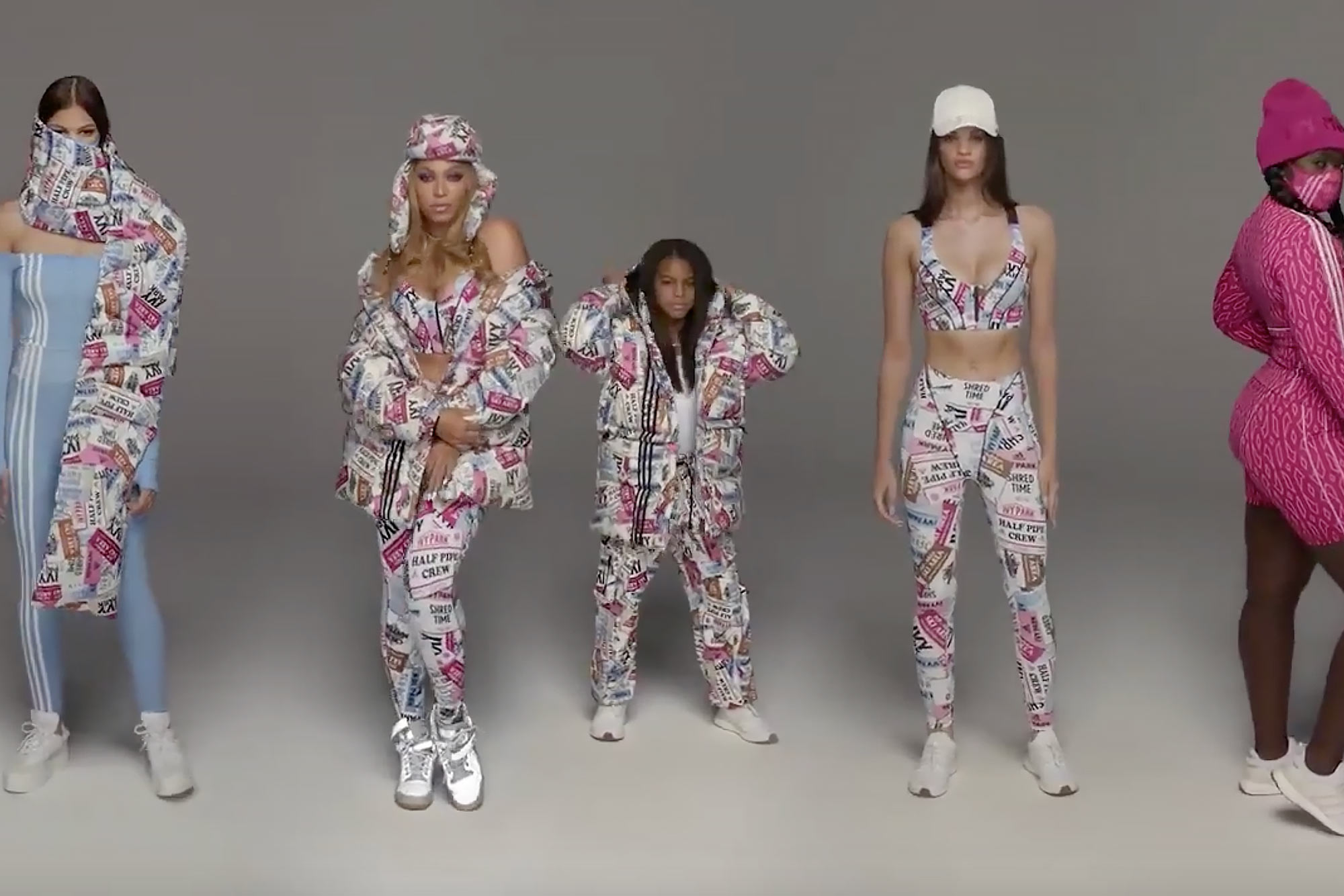 In new images teasing the upcoming “Icy Park” launch, the pint-sized superstar dances in various designs from the new collection, including a colorful printed parka and track pants along with a pair of brown latex pants to match her mom’s.

Despite the star-studded cast, members of the Beyhive are bestowing the title of biggest influencer on Beyoncé and Jay-Z’s eldest child: “When icy parks [sic] sells out in 30 seconds I’m giving blue ivy all the credit idc,” one person tweeted.

“See how blue ivy embarrassed every model at the age of 9??,” another said.

Beyoncé’s wintery designs, including five new footwear styles, are set to drop on Feb. 19. She first collaborated with Adidas in January 2020, and “Drip 2” followed last fall.

We can’t wait to see which celebs score the clothes this time around.