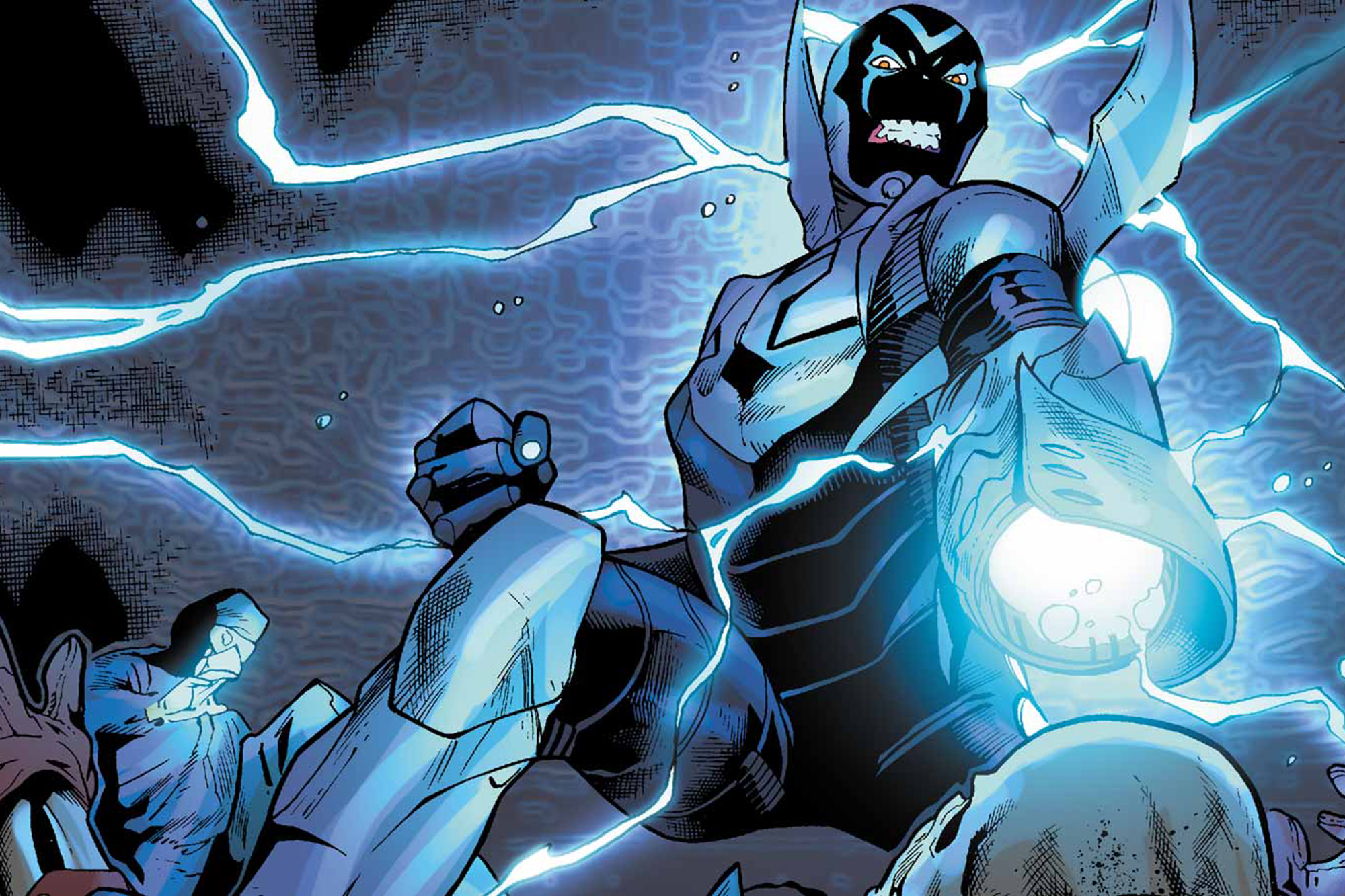 The new project will see Warner Bros. and DC Films’ first Latino superhero character come to life on the big screen, insiders have confirmed to the Wrap.

The story’s spotlight is on Mexican-American teenager Jaime Reyes — one of three different characters in the comic series to assume the Blue Beetle alter ego, although the film will focus only on Reyes.

Warner Bros. has signed on Angel Manuel Soto — director of HBO Max’s “Charm City Kings” — to helm “Blue Beetle,” featuring a screenplay by Mexican-born Gareth Dunnet-Alcocer, writer of the 2019 crime-thriller “Miss Bala” and Universal’s forthcoming “Scarface” remake. The groundbreaking film is scheduled to start shooting in the fall of this year.

The defunct Fox Comics created Blue Beetle in 1939, as the superhero identity of fictional police officer Dan Garrett, who developed extrasensory powers after downing experimental supplements. The series was later bought by another now-shuttered publisher, Charlton Comics, where the mutant cop was reimagined as an archaeologist instead; later still, he morphed into an inventor named Ted Kord.

DC Comics ultimately acquired Blue Beetle in the 1980s and, in 2006, re-introduced the character in his current iteration as working-class protagonist Jaime Reyes, from El Paso, Texas, whose family has no ties to superhumans. Reyes is said to have discovered a supernatural scarab while walking home from school. At home, the beetle escapes its capsule and fuses itself to the unwitting teen.

In a statement to the Wrap, Soto said, “It is an honor to direct ‘Blue Beetle,’ the first Latino superhero film for DC.”

“I want to sincerely thank everyone at Warner Bros. and DC for trusting me to bring Jaime Reyes to life. I can’t wait to make history together,” the filmmaker added.

Singer performs for the first time since lung transplant

Gabrielle Union’s Daughter, Kaavia James Will Brighten Your Day – Check Her Out Here

Toya Johnson Is Ready To Get Some Cardio In – Check Out Her Outfit
Kandi Burruss Shares A Jaw-Dropping Look That Has Fans Drooling – Check Out The Vintage, Pinup Vibes She’s Spreading
Comment