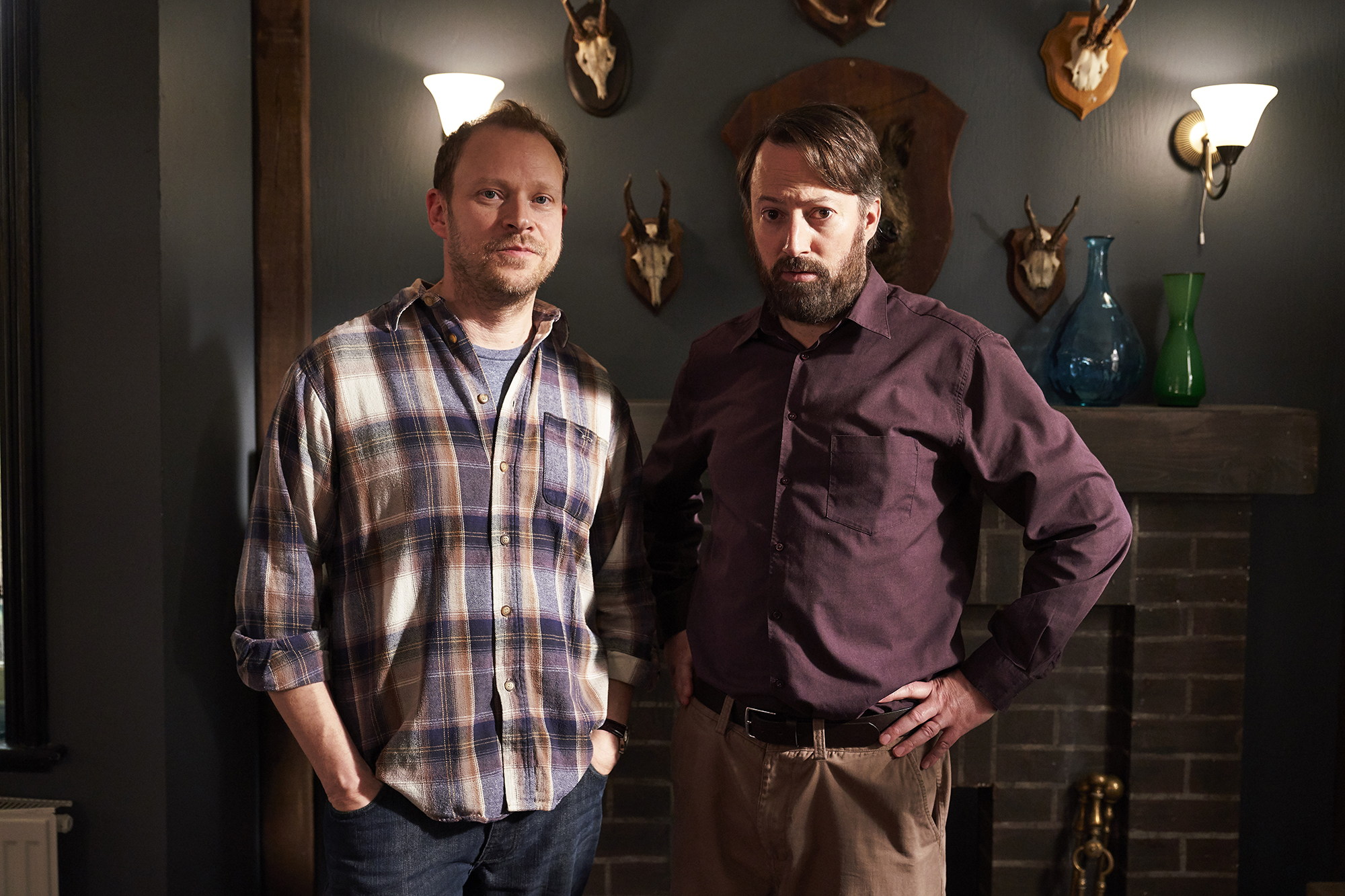 The English serio-comic series “Back” returns for its second season Wednesday (March 31) at midnight on IFC, where it’s making its linear debut (Season 1 premiered on Sundance Now).

Headlined by longtime comedy partners David Mitchell and Robert Webb — and created by Simon Blackwell, who co-created FX’s “Breeders” — “Back” is an enjoyable six-episode experience that takes its time to unfold.

As well it should, since it’s been four years since “Back” first aired on Channel 4 in the UK — so, while it’s simultaneously reminding viewers about what transpired in Season 1, it’s slowly unfolding its Season 2 story arc.

As the six-episode series opens, Stephen (Mitchell), who went off the rails in Season 1 in a spiral of alcoholism and outrageous behavior, is discharged from a local mental health facility and returns to The John Barleycorn pub in Gloucestershire.

He’s still questioning whether his dead father, Laurie (Matthew Holness), was really his biological father, since his mother, Ellen (Penny Downie), had quite a few romances in her younger days and isn’t quite sure. She’s now living with the (much-younger) local vicar, Julian (John Macmillan) along with Stephen’s drama-queen sister, Cass (Louise Brealey).

Stephen’s biggest challenge, though, is dealing with Andrew (Webb), his darkly comic nemesis from Season 1, who Stephen dubbed “a glib, dangerous sociopath” and who runs the pub once meant for Stephen’s stewardship. Andrew, for his part, appears to be a changed man — “I help” is his oft-repeated mantra — but has he really? He still seems to be playing manipulative mind games with Stephen, who prefers wearing his “wide” slippers from the facility because his feet are “too long.”

The rest of the “Back” gang returns for this go-round, including sad-sack Mike (Oliver Maltman) and the peppy Jan (Jessica Gunning), who tend The John Barleycorn bar; Geoff (Geoffrey McGivern), Stephen’s uncle; and Alison (Olivia Poulet), Stephen’s ex-wife, a lawyer, who’s happy to lend him her emotional support and listen to him natter on about his problems with Andrew and with his family.

It’s difficult to pigeonhole “Back” into a particular genre; while it’s ostensibly a comedy, and has many humorous moments and lines of dialogue (“My mind just turned into an Escher staircase,” Stephen remarks in one scene), there’s also a darker edge to what, on the surface, seem to be trivial pursuits on the parts of its characters — particularly Andrew’s motives in trying to charm Stephen, and his interaction with Alison’s elderly parents. And you’ll remember the phrases “hedge vodka,” “Charismatic Mike” and “Cheeky Pete” for reasons that will become clear as the season unfolds.

Mitchell and Webb, who’ve worked since 1995 (while at Cambridge) and starred in the Channel 4 sitcom “Peep Show” — and on several radio shows — have an on-screen rapport that comes with years of familiarity, and with the added bonus of playing multi-dimensional characters they already know so well. Mitchell’s Stephen is, by turns, blustery, arrogant, insecure, funny and just flat-out confused, while Webb hides Andrew behind an enigmatic half-grin and unctuous attitude. You never quite know what he’s thinking — or, if you think you do, you could be totally off-base.

The series was filmed on location in Gloucestershire, so you’ll see a lot of the English countryside and quaint villages, both of which belie a deeper meaning to the plot and characters of “Back.”