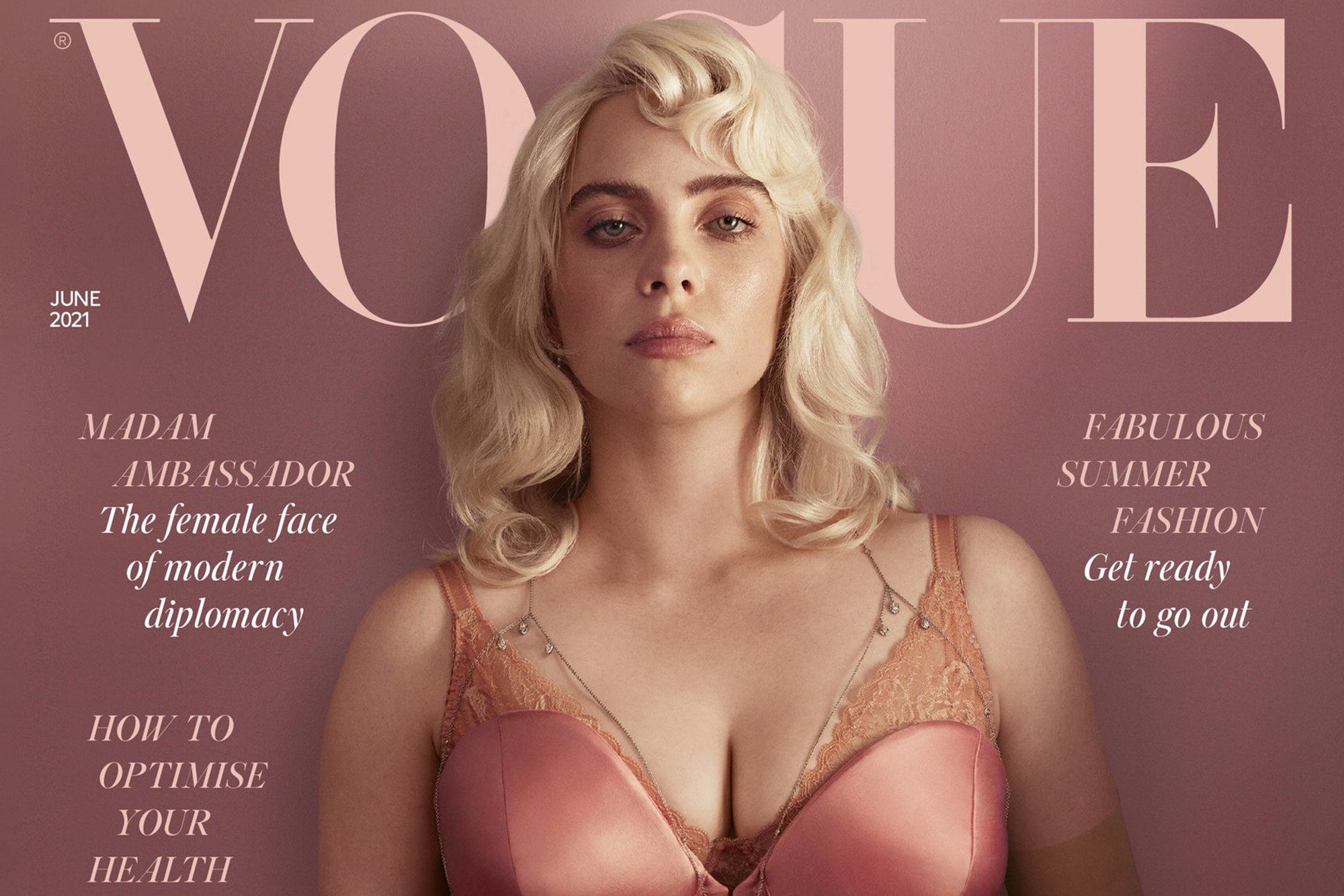 Billie Eilish is baring it all.

The “Bad Guy” singer, 19, stuns in sexy lingerie on the cover of British Vogue’s June issue, showing off her body like never before.

Eilish also revealed a large black tattoo that spans from her upper thigh to the middle of her chest, although the exact design is unclear.

She previously teased the secret ink in an interview with Vanity Fair, saying “you won’t ever see it.”

“I’ve literally never done anything in this realm at all,” Eilish told British Vogue of the pinup-style lingerie photoshoot, which was styled by Dena Giannini.

Billie Eilish poses in a custom trench coat and corset by Burberry.Craig McDean

While she’s known for wearing oversized clothes, Eilish said that she’s coming into her own, no matter what anyone else thinks — or what past promises she may have made.

Billie Eilish on the cover of British VogueCraig McDean

“People always say, ‘How would your younger self feel about you now?’ And that’s a good thing to think about in some cases,” Eilish said.