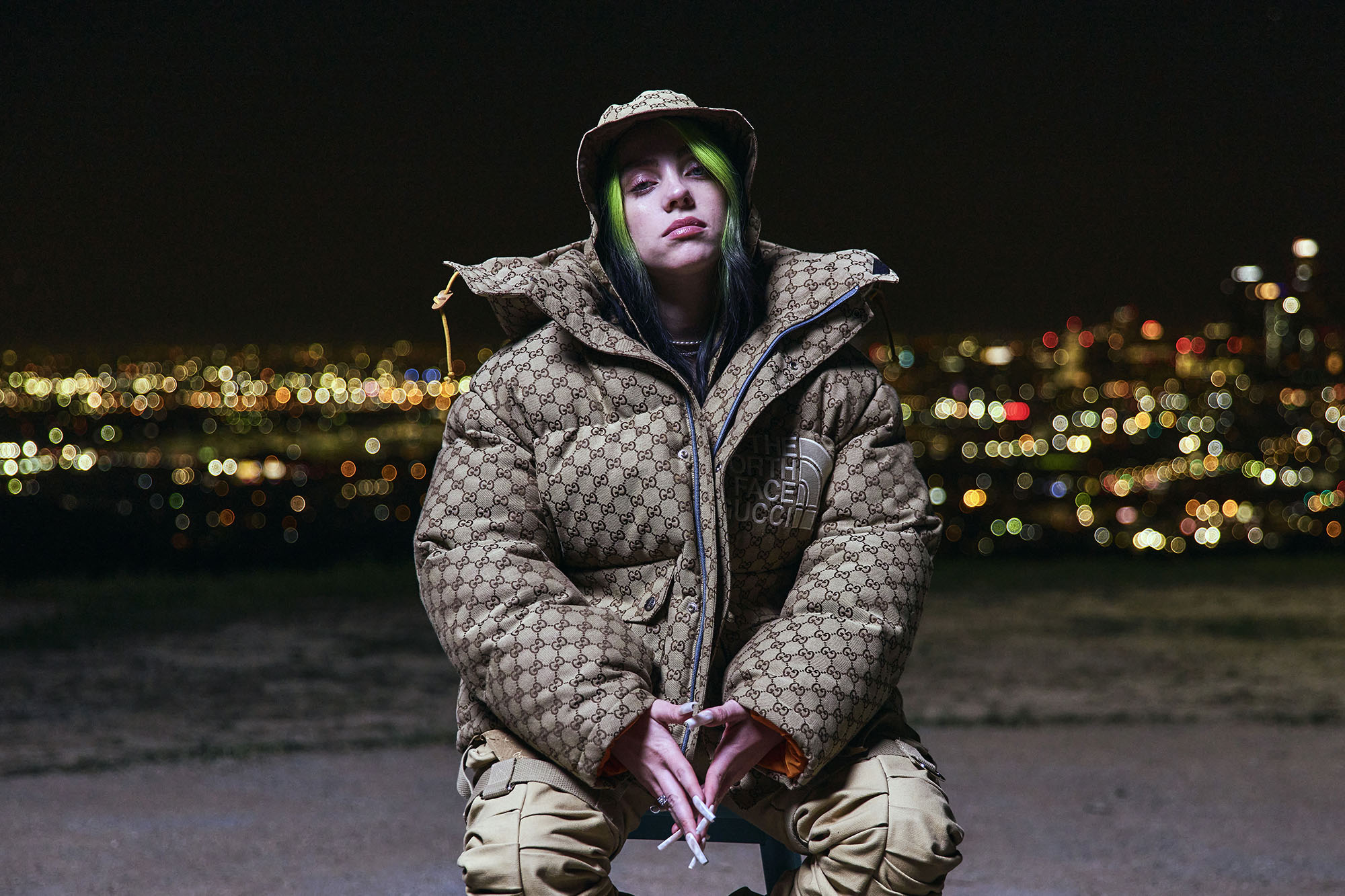 Even as she was well on her way to  becoming a Grammy-winning superstar, Billie Eilish, like any other teenager, just wanted her driver’s license.

“All of these insane things were happening in my life that are monumental moments in anybody’s career … but at the same time, I was like, ‘I want to get my license,’ ” she told Apple Music’s Zane Lowe Thursday at a premiere event for her new Apple TV+ documentary “Billie Eilish: The World’s a Little Blurry.”

Fittingly, the 19-year-old pulls up to the event — held in the hills overlooking her Los Angeles hometown — in the black Dodge Challenger she calls “Dragon” that she got for her 17th birthday. It’s a sweet moment captured in the documentary — along with an even more touching scene of her father Tom giving Eilish final instructions before she drives off alone for the first time.

After making her entrance, Eilish — rocking her trademark neon-green hair under a bucket hat — delivered a haunting rendition of “Ilomilo,” from her 2019 debut album “When We All Fall Asleep, Where Do We Go?” For the stripped-down performance, she was accompanied only by her producer brother Finneas on a baby-blue piano. (Just to show you how much the siblings are in sync, Eilish had a matching stool and mic.)

Eilish and her brother Finneas appeared in the premiere event.Getty Images for Apple

Then the “Bad Guy” singer sat with Lowe for a one-on-one interview at the event, which was streamed live on Apple TV, Apple Music and Eilish’s YouTube channel. The five-time Grammy winner explained that the title of her new documentary comes from the lyrics of “Ilomilo.”

“We just went through all of my songs and just looked through and saw if there was anything or if it sparked an idea,” said Eilish. “And ‘The World’s a Little Blurry,’ it kind of felt like it [captured] the film in a way and the time of my life that the film took place … just crazy things happening while I was also going through puberty and learning about being a teenager and fame.”

While showing some clips from the documentary, Eilish also gave love to her fans who have been with her along her journey.

“I’ve literally grown up with my fans. We’ve grown up together,” she said. “When I was doing shows at 14, they were 14 — a lot of them. And then I was 15, and they were 15. Especially when I would do shows in the same place, like, a year later, I’d see the same kids and they’d be so different. And we’d be so different, but we’d be still in sync.”

Cynthia Bailey Has A Message For Fans About Focus And Distractions
Kaitlyn Bristowe Clarifies Those Jason Tartick Split Rumors – Are They Over?
Comment