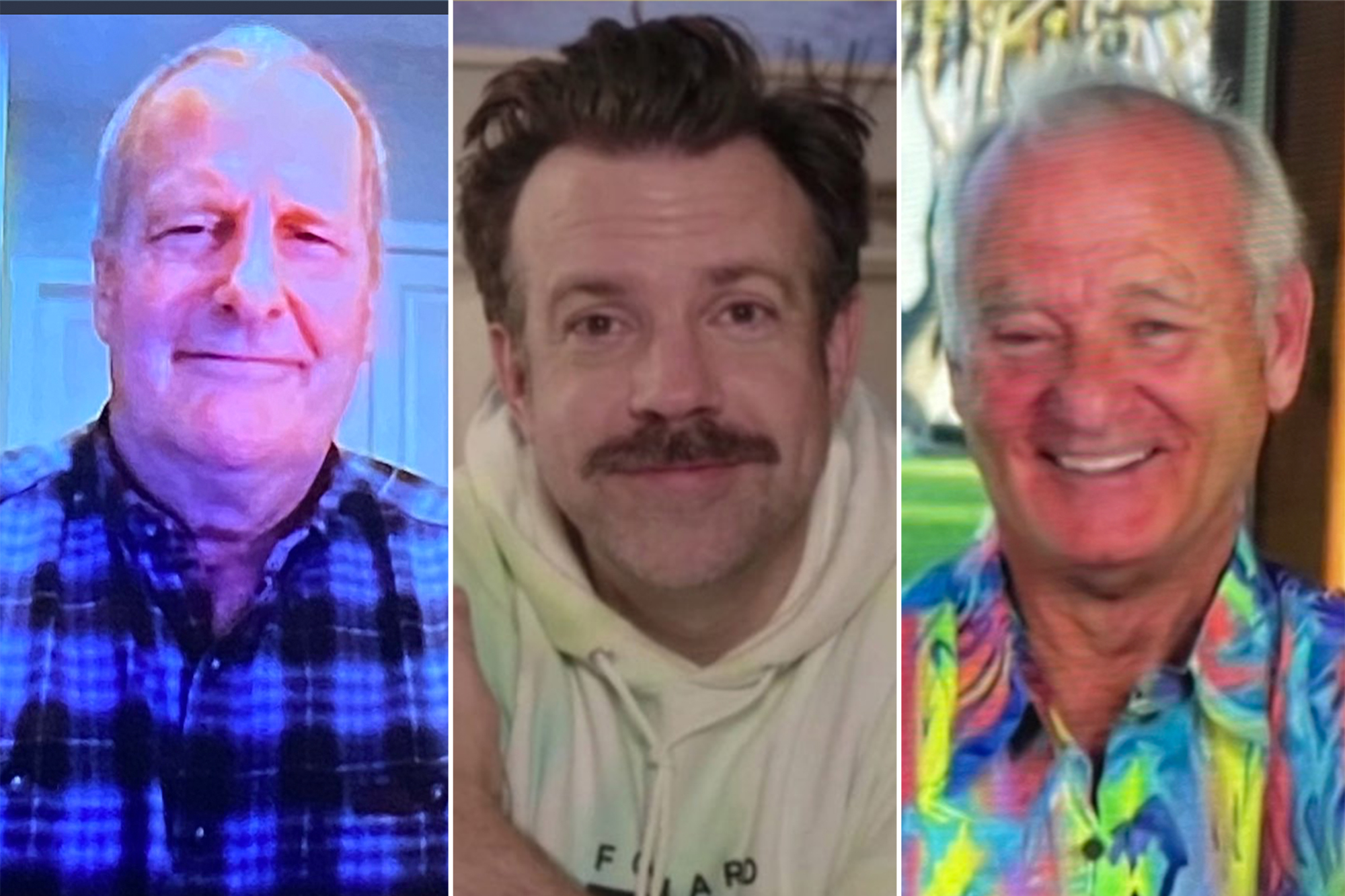 Been there, won that, wore the T-shirt.

Jason Sudeikis, Jeff Daniels and Bill Murray all seized the opportunity to dress down for the 2021 Golden Globes on Sunday, with one Twitter user labeling them the “holy trinity of not caring to dress up.”

While accepting his award for Best Actor in a TV Series, Musical or Comedy for “Ted Lasso,” Sudeikis, 45, seemingly jumped on the quarantine tie-dye trend, sporting a pastel hoodie emblazoned with the logo of “Forward Space,” his sister’s New York City dance and workout studio.

From his bleary-eyed look to the now-sold-out casualwear, Twitter went deep into the weeds of the former “SNL” star’s seemingly stoned appearance.

“God bless Jason Sudeikis for leaning directly into the ‘my ex is dating Harry Styles’ aesthetic,” one person tweeted, amid reports the star is seeing a British model as his ex Olivia Wilde, 36, moves in with the “Watermelon Sugar” crooner, 27.

Another added, “huge congrats to Jason Sudeikis not only for winning but for making history tonight as the first person ever to accept an award in a tie dye hoodie.”

Meanwhile, Jeff Daniels didn’t go home with a Globe, but he still got to achieve his “lifelong dream” of wearing Carhartt workwear to the awards show, as he joked on Twitter.

Congrats to Mark Ruffalo and a special thanks to the #Golden Globes for allowing me to fulfill a life long dream of going to an Awards Show wearing Carhartt. pic.twitter.com/ATgRZmoPzl— Jeff Daniels (@Jeff_Daniels) March 1, 2021

“Everyone dressed up for the Globes except Jeff Daniels who just got back from Home Depot,” one person tweeted, while Barstool Sports likened the 66-year-old “Dumb and Dumber” actor’s flannel fashion statement to “your grandpa showing up to the family Zoom call.”

Bill Murray, on the other hand, opted for a vivid Hawaiian shirt paired with a quintessential Golden Globes accessory – a martini.

With the exception of Jodie Foster — who sported Prada pajamas for her heartwarming acceptance speech — other stars still got glammed up despite the Globes’ virtual format, with celebrities including Elle Fanning and Dan Levy topping our best-dressed list.