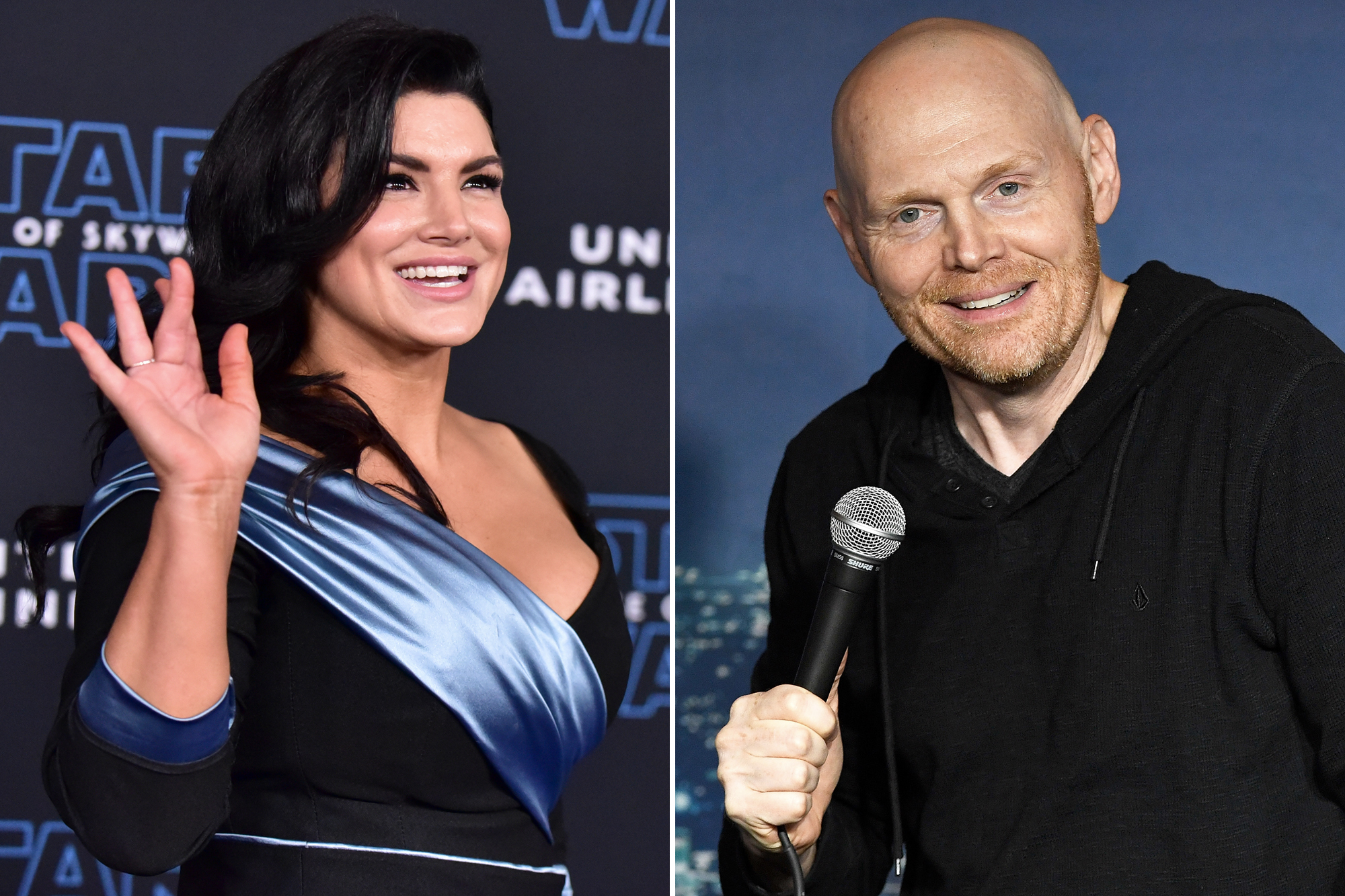 Will this kick off a war among the stars?

“Mandalorian” actor and stand-up comedian Bill Burr has flocked to the defense of his controversial co-star Gina Carano, who was recently fired from the Disney+ show over controversial tweets.

The 38-year-old mixed martial arts pioneer — who played ex-stormtrooper Cara Dune on the “Star Wars” spinoff — had tweeted in February that the treatment of conservatives in Hollywood was akin to that of Jews in Nazi Germany. Lucasfilm ripped Carano’s statements as “abhorrent” and promptly jettisoned her from the “Mandalorian,” stressing there “are no plans” for her ever to return.

While most Mando collaborators remained tight-lipped over her cancellation, Burr, 52, defended Carano on a recent episode of the Bill Bert podcast, which he hosts with fellow comic Bert Kreischer.

“She was an absolute sweetheart,” said the “F Is for Family” creator, who played sardonic mercenary Migs Mayfeld alongside Carano in Season 2. “Super nice f – – king person.”

“I’m on that f – – ing show. Now, I gotta watch what the f – – k I say,” Burr lamented, adding that the Disney brass might see the podcast clip and cancel his “bald action figure.” The Massachusetts native was referencing the fact that Hasbro had scrapped plans for a Cara Dune figurine following Carano’s exile.

Guest and fellow comic Joe DeRosa seconded his sentiment, saying that the “Deadpool” actress’ holocaust analogy — although “shoddy” — was no worse than people on the left comparing former President Donald Trump to Nazi leader Adolf Hitler.

“Joe DeRosa with an interesting take. Look at you!” replied Burr.

“How it is out there, it’s f – – king crazy time. There’s people waiting, just laying in the weeds,” fumed Burr, who recently faced backlash over his SNL monologue attacking white women. “Let’s show that he’s human, and he’s made a mistake in his past and take that dream away.”

Carano has refused to apologize for her comments, and is currently collaborating with right-wing news outlet the Daily Wire on a new film project.