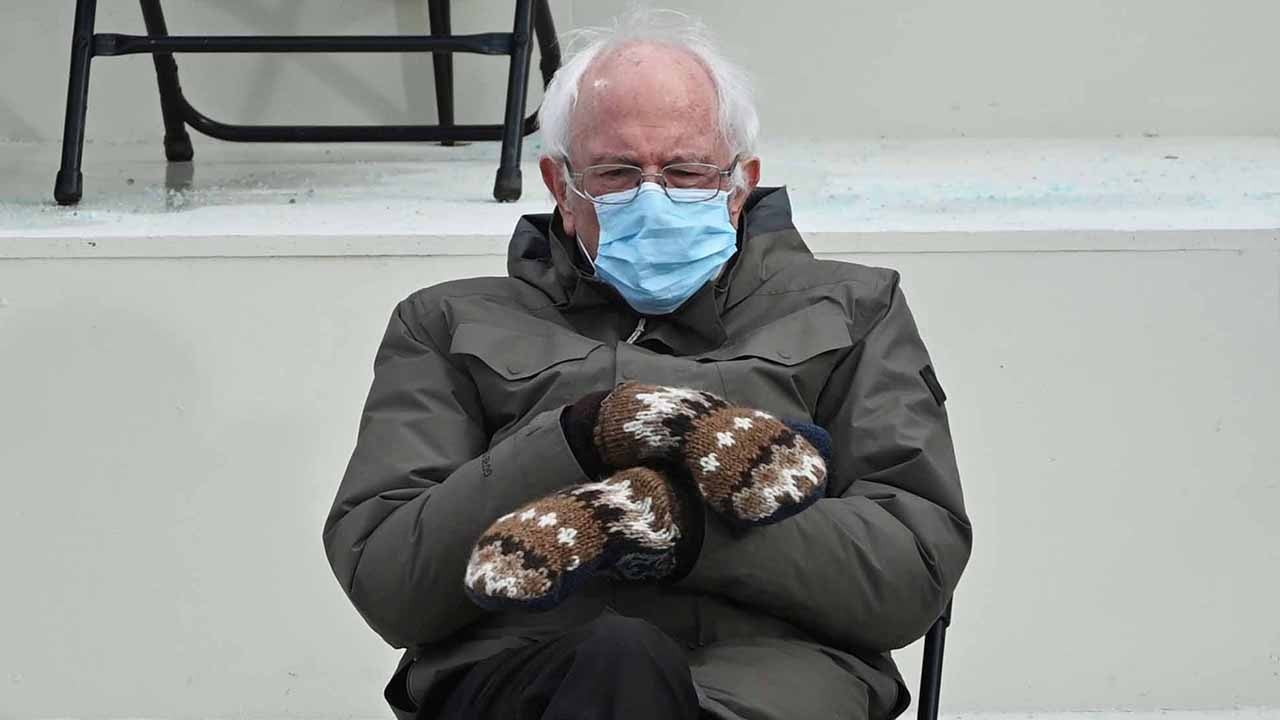 Bernie Sanders’ casual but warm and cozy inauguration outfit became viral, taking over the internet and giving birth to so many memes! Here’s how the Vermont senator reacted to them!
While it seemed like everyone was dressed to impress for the historic day, Bernie Sanders could not care less about the way he looked but rather the way he felt during the cold January day and this is exactly what he told NBC News’ Garrett Haake when asked about the mittens memes!

How I Met Your Bernie pic.twitter.com/mbLOf9is9r
— Craig Thomas (@HimymCraig) January 21, 2021

Bernie stressed that his viral picture from Joe Biden and Kamala Harris’ inauguration ‘makes people aware that we make good mittens in Vermont.”‘
He went on to add, as per Haake, that ‘We have some good coats as well.’
But that was not the only time the man talked about his bundled-up look and its practicability.
He also stated, during an interview with CBS’ Gayle King on Inauguration Day, that ‘In Vermont we dress warm. We know something about the cold, and we are not so concerned about good fashion. We want to keep warm, and that is what I did today.’
While that makes a lot of sense and people are not really criticizing him for choosing comfort over style, social media could not get over it.
After all, he definitely stood out and so the memes started to take over all platforms!

Even some celebs joined in on the hilarious edits, such as Demi Moore, who added Bernie and his mittens in that iconic pottery scene in Ghost!
Check it out here for yourself if you haven’t yet!

Furthermore, Ryan Reynolds also included the Senator into the quirky world of Deadpool and he somehow turned out to fit in perfectly!

And these are just two of the many clever and funny memes related to Bernie’s inauguration attire!
Advertisement

Check out some of them in this article!