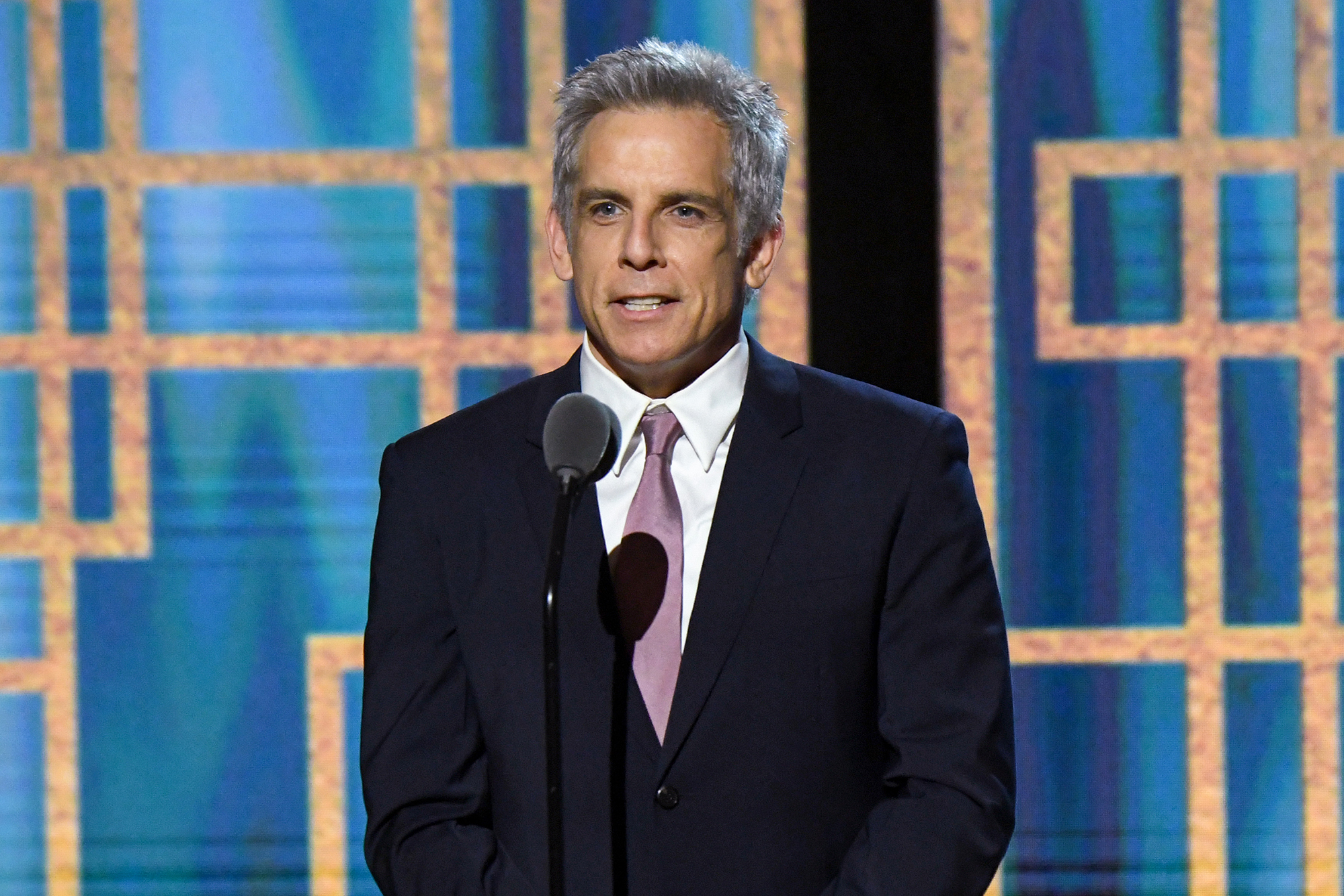 From “Blue Steel” to silver fox.

Funnyman Ben Stiller sported a full head of gray hair at the 2021 Golden Globes on Sunday night, and of course took the opportunity to poke fun at his new look.

While presenting the award for Best Actress in a Motion Picture, Musical or Comedy (won by Rosamund Pike), he quipped, “It’s hard to believe that it’s been a full year since the last Golden Globes but like many of us, I’ve used that time to really look inward and grow.”

Continued Stiller, 55, “I’ve come to fully understand the nature of cryptocurrency. I read a book. I finally got around to dyeing my hair gray.”

The actor then joked that he’s been baking lately, and even made “a delicious banana bread in the perfect form of a Golden Globe.”

Looks like Stiller is ready for his next modeling flick.