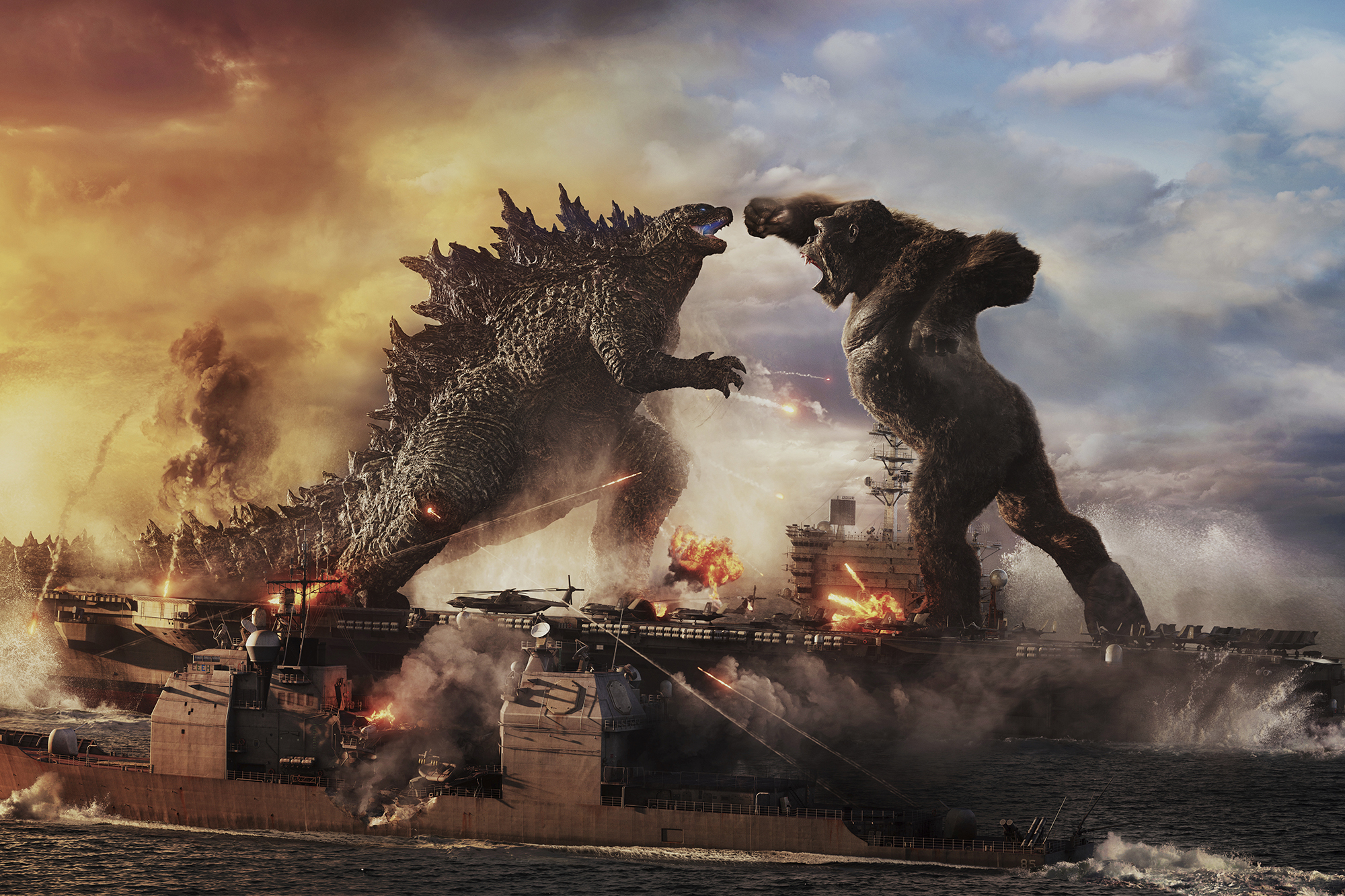 The time is now. The day is here. After seven years,  Legendary’s MonsterVerse has finally reached the “vs.” stage. Remember how the old Japanese Godzilla films, with shoestring plots, had the lizard fight everyone but Apollo Creed? Now the reboot franchise is also kicking character development to the curb in favor of beast battles.

The first round, “Godzilla vs. King Kong,” pits ‘Zilla against his ultimate foe, and is far better than the tedious environmentalist screed that was “Godzilla: King of the Monsters,” a film darker than a Russian wake.

I was a bit concerned at the start of the new one, though. Director Adam Wingard’s movie — out Wednesday in theaters and streaming on HBO Max — begins with a lazy Kong mulling about Skull Island and scratching his butt while the upbeat song “Over the Mountain, Across the Sea” plays. Pretty stupid. This franchise shouldn’t take itself too seriously, but it shouldn’t be a CBS sitcom pilot.

Worry not. The initial lightness serves as misdirection for an exciting sci-fi reveal —  that the island has been turned into a cage to keep Kong trapped for his and humanity’s protection. Otherwise, it’s been three years since anybody has seen a so-called titan.

The honeymoon ends when Godzilla emerges from the sea and, like a mask-less Miami reveler, attacks Florida with his deadly breath — specifically the Apex Cybernetics company in Pensacola.

Scientists from Monarch, the secretive group that studies the titans, decide the only way to vanquish ‘Zilla is with Kong’s ka-pow, so the furball is freed from captivity.

Yes, there are also some humans scurrying about. Millie Bobby Brown is back as the titan-obsessed Madison, the daughter of Monarch workers. She speculates Apex must have provoked Godzilla somehow for him to attack, so she goes into full “Stranger Things” mode and investigates the disaster zone with her pal Josh (Julian Dennison) and a conspiracy podcaster, Bernie (Brian Tyree Henry).

The more engaging people plot involves a deaf orphaned native girl on Skull Island, Jia (Kaylee Hottle), who happens to be Kong’s tiny best friend. The pair have several sweet moments, because it’s much easier for us to love a fuzzy monkey than a fire-breathing dinosaur.

Jia, the biologist who looks after Kong, Ilene (Rebecca Hall), and a geologist named Nathan (Alexander Skarsgård) accompany the primate to an underground kingdom called Hollow Earth, where the titans originated, to recover a power source he can use to kill Godzilla.

It’s during their journey to the center of the earth that Wingard proves his visual panache. The last two Godzilla films were determined to make the monsters impossible to spot. “Oh, is Ghidorah on set? Slap a dust cloud in front of him!” Hollow Earth, however, is a beautiful mountainous jungle with phosphorescent rocks and areas with no gravity at all. (OK, so they ripped off “Avatar.” That’s what James Cameron deserves for taking 13 years to deliver a sequel.)

Also better and brighter is the final battle. No offense to Boston, but when Godzilla leveled the city in “King of the Monsters,” it wasn’t the most difficult task. The tallest building in Beantown, 200 Clarendon Street, is the 292nd tallest building in the world. Meh. This time, ‘Zilla and Kong face off in ginormous Hong Kong — a destruction junkie’s dream battlefield. Neon, chrome and oversize animals clobbering each other. Also around is another adversary whose reveal will have fans drooling. See “Godzilla vs. Kong” on the big screen if you can.

So, what will Legendary’s next monster match-up be? I vote “Cuomo vs. de Blasio”!