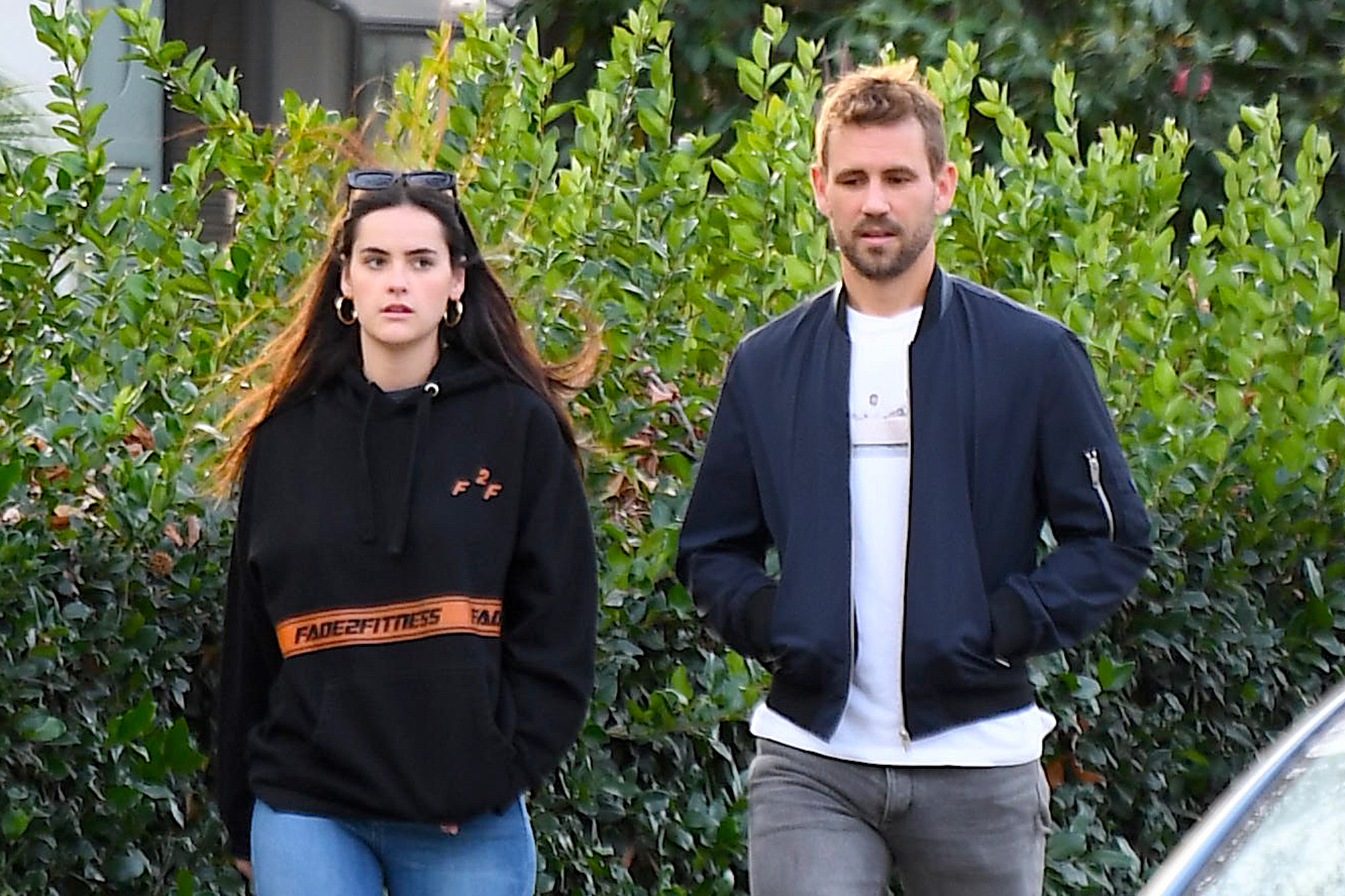 The pair were spotted strolling through Viall’s neighborhood in Los Angeles on Tuesday.

Joy is a model with over 26,000 Instagram followers.DIGGZY / SplashNews.com

The potential pair were first linked in 2019 by fans on social media and yet have managed to keep their romance under wraps.

Eagle-eyed followers connected the two as recently as last fall, as Viall danced beside the same pool Joy swam in during a sexy photoshoot.

Viall, a longtime Bachelor Nation favorite, appeared on “The Bachelorette” in 2014 and 2015 where he finished second both times.

The pair are seen here taking a stroll through Viall’s neighborhood. DIGGZY / SplashNews.com

In 2017, ABC gave him the keys to the driver’s seat as “The Bachelor,” where he got engaged to Vanessa Grimaldi at the end of his season. They split in the summer of 2017.