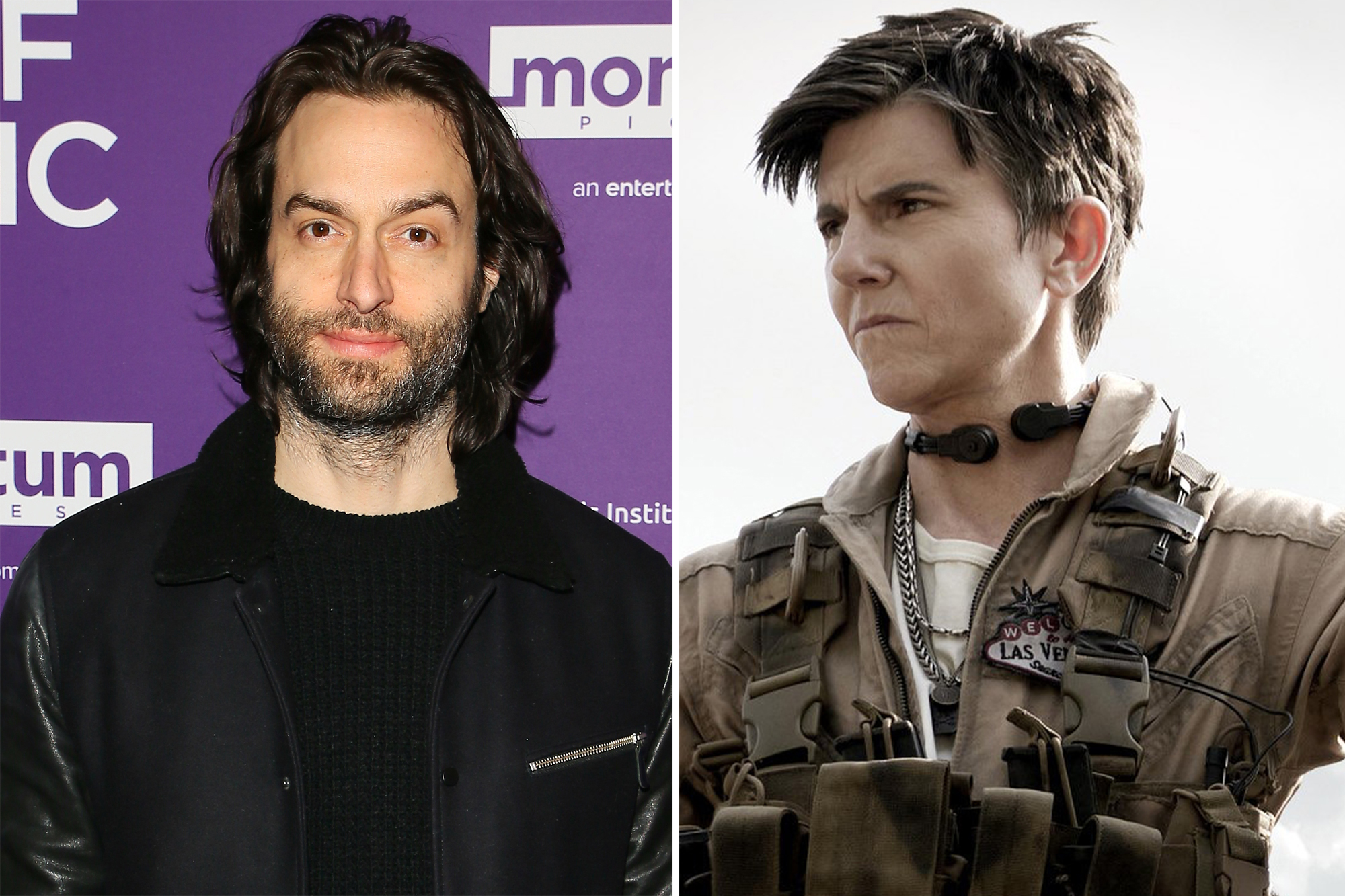 “I think there should be consequences for bad behavior,” Notaro recently told Yahoo! Entertainment regarding accusations involving reportedly underage girls that arose against him last summer.

Notaro, 50, stepped in to replace the actor — to the delight of her fans — as a kickass helicopter pilot in Zack Snyder’s upcoming action film “Army of the Dead.”

Notaro had previously weighed in with similar sentiments about her former “One Mississippi” colleague, 53-year-old comic Louis C.K., who has faced accusations of inappropriate behavior, too.

Chris D’Elia (left) and Tig Notaro, who replaced him in the Zack Snyder film “Army of the Dead,” premiering this month in theaters and on Netflix.Getty Images; Everett Collection

The 41-year-old D’Elia, who denied any misconduct, also was subsequently dropped by his agency, CAA.

Notaro isn’t the only member of the “Army” who is speaking out.

“I can’t speak specifically on Chris and that situation,” added Omari Hardwick, who portrays Vanderohe in the flick. “But I definitely think we live in a society where that which is wrongdoing should be punishable. I was extremely supportive of whatever direction Netflix as a team went. I reached out to Tig immediately upon watching the film and said, ‘You did a fantastic job. You’re working by yourself and killing it.’ ”

In addition, director Snyder said the move to replace D’Elia “seemed like the right thing to do,” indicating that Notaro was a perfect virtual fit.

“We really had a blast shooting with her; she’s just hilarious,” he said, adding that she brought her own vibe to the character. “It’s just Tig! All the circumstances are the same, but Tig’s take tonally changes everything. I think that if you didn’t know [about Chris], you’d just think that Tig was in the movie.”

Notaro performed her role as sky jockey Marianne Peters using a green screen so that she could be digitally added to existing footage. “It was a joy to do what I did, but I would love to be in the next movie that I do,” she joked to Yahoo. “That’s my dream! I’d love to interact with the cast.”

Earlier this week, Notaro told Vulture that she was “so baffled” to be chosen by Snyder for the recasting. “I felt like there was some sort of misunderstanding,” she said. Notaro added that she was concerned about even stepping in, not unlike the late “All the Money in the World” actor Christopher Plummer did for the 2017 Ridley Scott movie when its star, Kevin Spacey, was accused of sexual misconduct.

“It didn’t seem possible for me to take on what Chris did. We’re such different actors and comedians,” she said. “I honestly thought, regardless of what’s going on in his personal life, that his performance was excellent. But Zack said, ‘We want you to do exactly what you do.’ And, in turn, that’s all I did.”

Notaro — who also can be seen mixing her dry comedic presence with interstellar drama on the Paramount+ series “Star Trek: Discovery” — has additionally lined up an HBO and HBO Max special. This summer, she’ll appear in what has been described as “the first-ever fully animated stand-up special,” which will be produced by soon-to-retire talk show host Ellen DeGeneres.

“Army of the Dead” will premiere in theaters on May 14 and will then stream on Netflix, dropping on May 21.