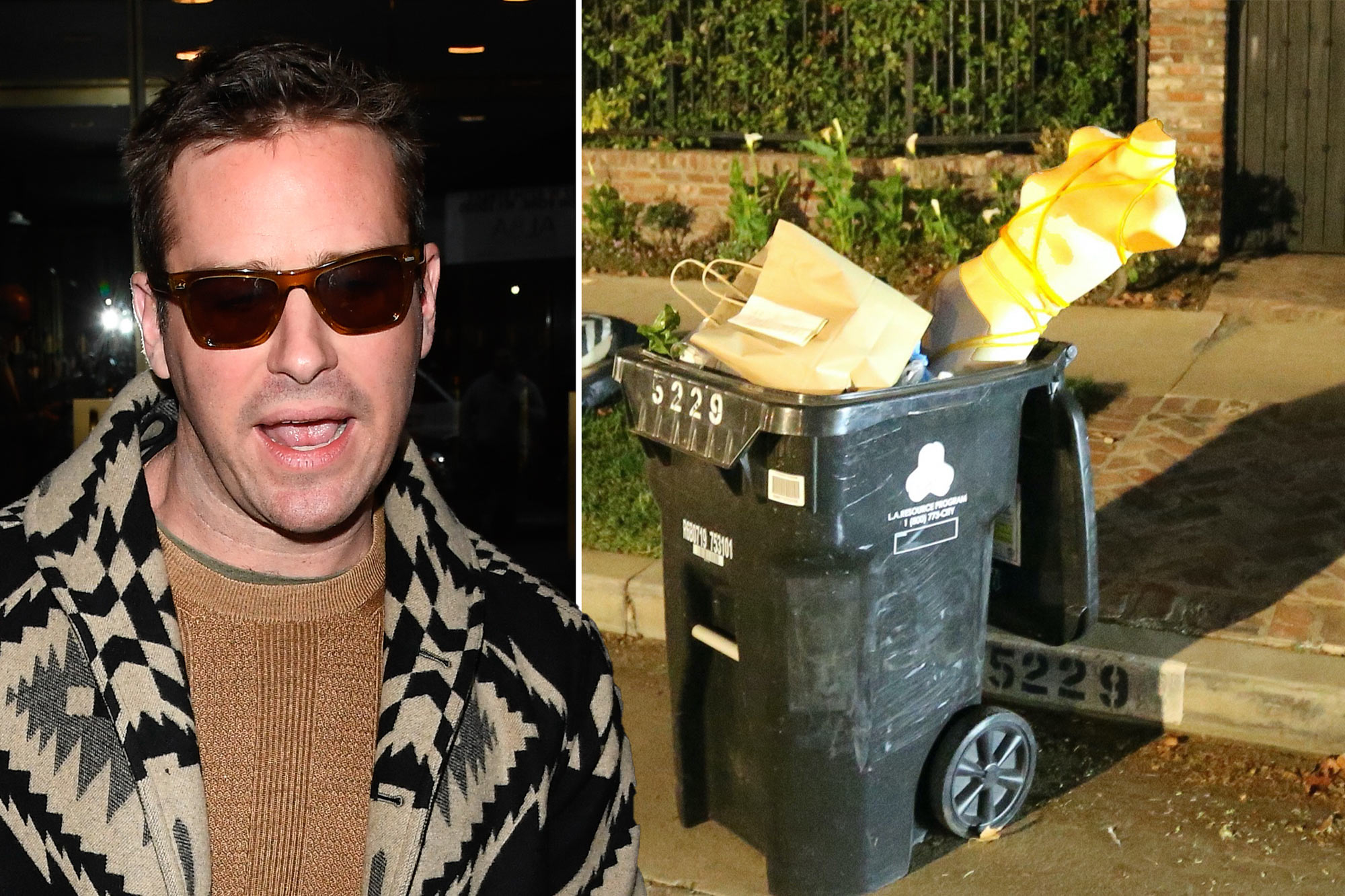 Armie Hammer quietly vacated the swanky LA home he used to share with his estranged wife, Elizabeth Chambers, “under the cover of night” over the weekend, as a source told Page Six.

But it’s less what “trucks and a gaggle of movers … working well after midnight and lit only by flashlights” took and more what they left that’s drawing eyes to the property today. To wit: what appears to be a female mannequin torso stuffed in the trash.

Trash found outside of Armie Hammer’s former home in LA.SplashNews.com

… and those of you well-versed in Hammer’s eccentricities at this point will recall that one of the hashtags the 34-year-old actor was seen to follow on Instagram was “shibari,” a form of Japanese rope bondage.

Hammer and Chambers’ seven-bedroom, six-bathroom property first hit the market in September for $5.8 million after Hammer and Chambers, 38, announced their split. A month later, they reduced the price to $5.3 million and then decreased it again in December.

Hammer has been accused of abusive and cannibalistic fantasies by a string of former lovers. Amid the allegations over his behavior, the “Call Me By Your Name” star has been dropped by his talent agency, WME, and has left a slew of upcoming projects.