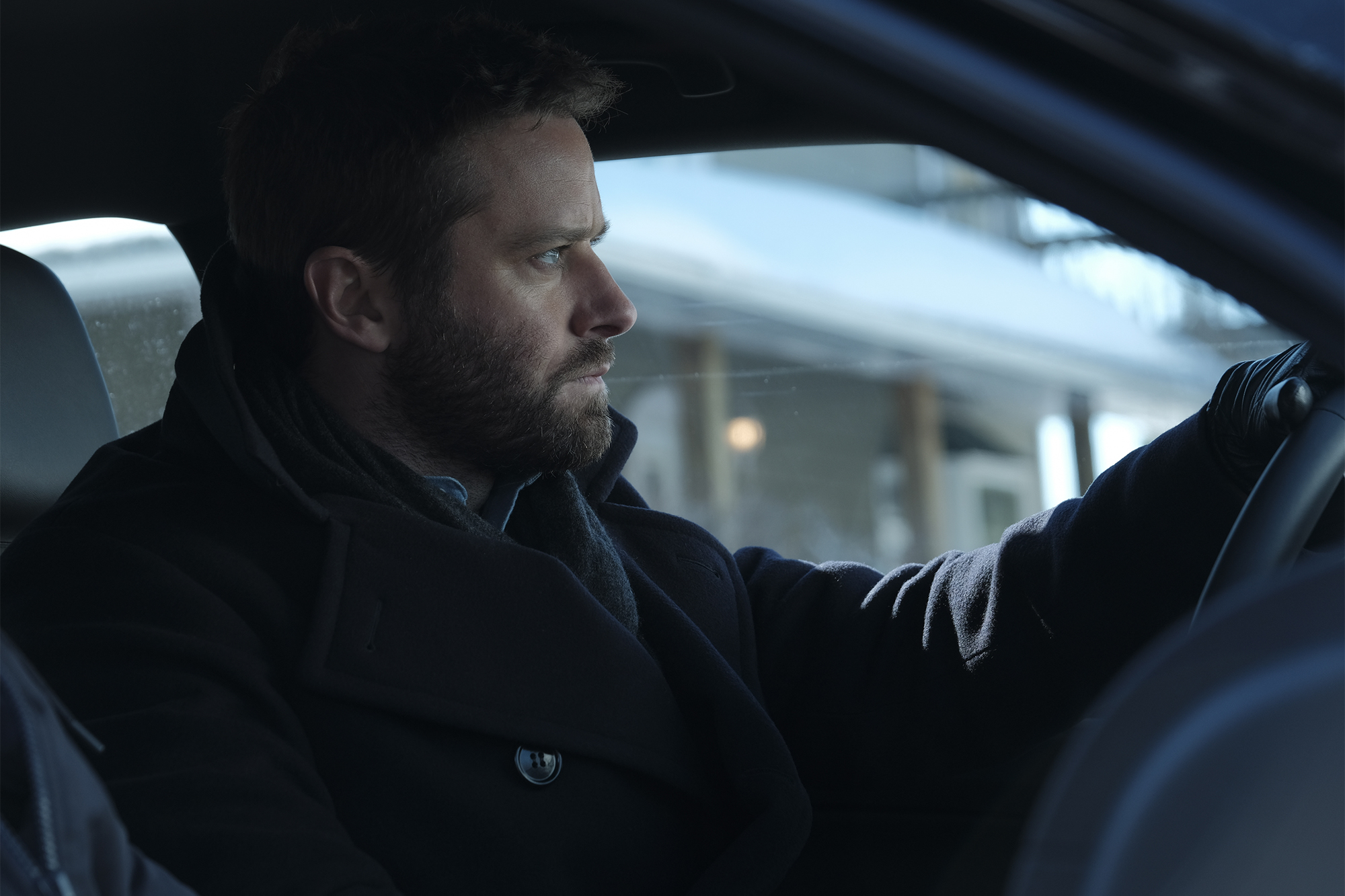 Armie Hammer fans will eat this up.

Following jaw-dropping claims of his freaky cannibalism fetish, the trailer for the upcoming indie thriller “Crisis” featuring Hammer has dropped.

In the Golden Globe nominee’s first film since his alleged cannibal-kink texts surfaced, the 34-year-old plays an agent hunting down a drug kingpin behind a multi-cartel fentanyl smuggling operation between the US and Canada.

His decision to “step away” from the Lionsgate production came shortly after the cannibalism allegations emerged on social media in early January.

“I’m not responding to these bulls–t claims but in light of the vicious and spurious online attacks against me, I cannot in good conscience now leave my children for four months to shoot a film in the Dominican Republic,” Hammer said in a statement to Page Six, adding, “Lionsgate is supporting me in this and I’m grateful to them for that.”

Armie Hammer makes his first on-screen appearance since his cannibalism scandal in the trailer for indie thriller “Crisis.”Quiver Distribution

“I am 100% a cannibal,” one of the Hollywood heavy-hitter’s alleged messages read. “I want to eat you. F–k. That’s scary to admit. I’ve never admitted that before.”

Hammer’s ex-girlfriend, Courtney Vucekovich, 32, likened the actor to fictional flesh-fiend Hannibal Lecter. She exclusively told Page Six: “He said to me he wants to break my rib and barbecue and eat it.”

Another former lover of Hammer’s Paige Lorenze told Page Six that the “Call Me By Your Name” frontman enjoyed knife-play and would intentionally scar her for his own sexual satisfaction.

“He would cut off underwear or bras and use the knife and put it all over my body,” Lorenze, 22, said.

Lawyers for Hammer denied the abuse allegations, saying in part: “The stories being perpetuated in the media are a misguided attempt to present a one-sided narrative with the goal of tarnishing Mr. Hammer’s reputation.”

“Crisis” is set to hit movie theaters nationwide on Feb. 26, and will be available for VOD streaming March 5.

Vicki Gunvalson Says Lisa Rinna Looked Down On Her At Bravo Con Last Year And Slams Her For It!
Halsey Is Pregnant With Her First Child — Who Is Her Baby Daddy?
Comment