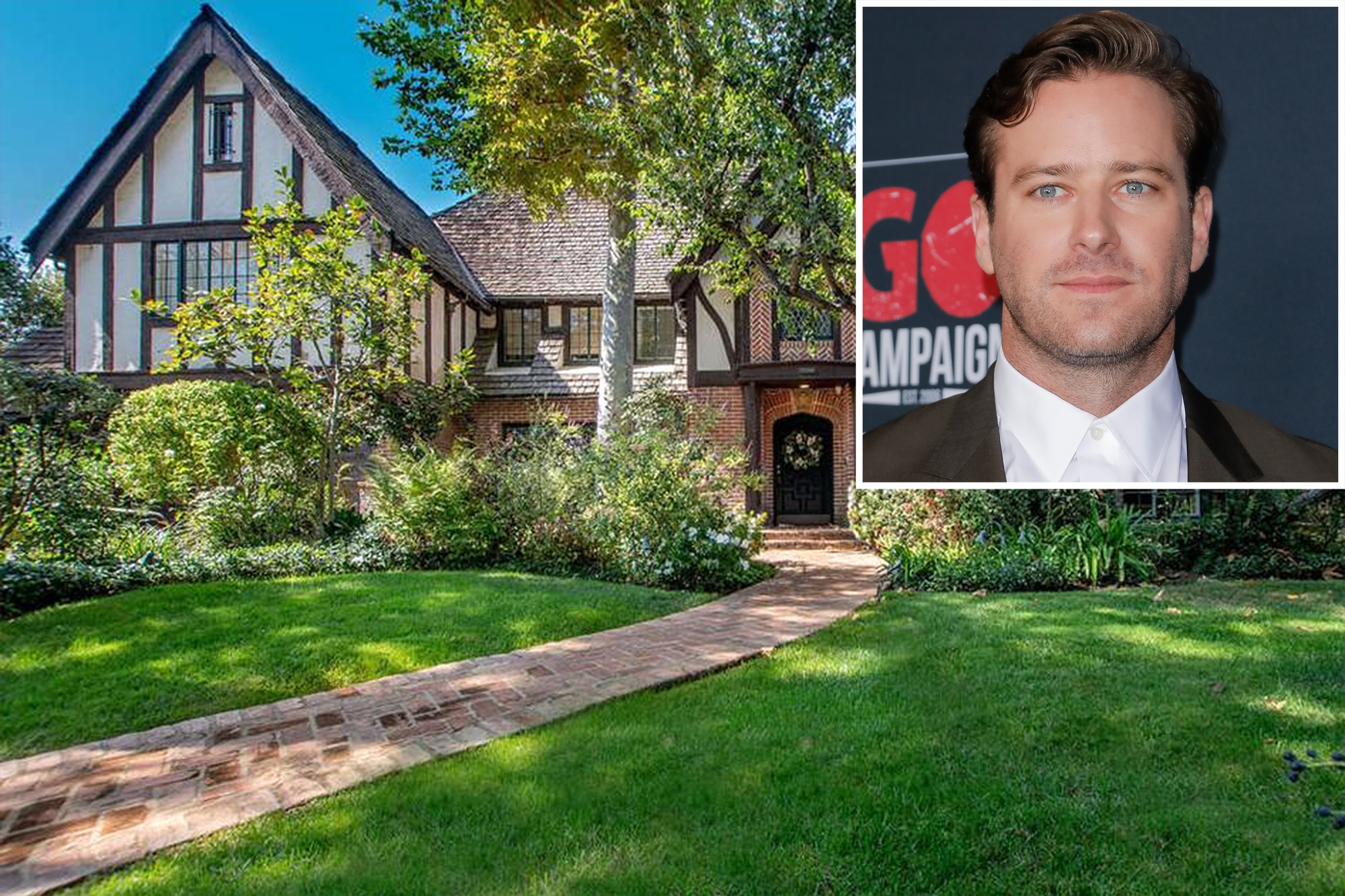 Armie Hammer shocked neighbors by moving out of his Los Angeles home in the dead of the night this week, Page Six is told.

As we revealed this month, Hammer, 34, and his estranged wife, Elizabeth Chambers, finally found a buyer for their $5 million home in the swanky Hancock Park neighborhood.

The offer came in nearly two months after the former couple slashed the price of their three-story English Tudor home by $800,000.

The “Call Me By Your Name” star — who has been accused of abuse and cannibal fantasies by a string of former lovers — organized his movers “under the cover of night.”

Although he wasn’t seen by neighbors at the gated property, one told us: “Trucks and a gaggle of movers descended on the property, working well after midnight and lit only by flashlights.

The seven-bedroom, six-bathroom property first hit the market in September for $5.8 million.Realtor.com

“We like to keep drama to the minimum in the neighborhood, but it was already weird that the house sat on the market for months while other houses around here sold like hotcakes.”

The seven-bedroom, six-bathroom property first hit the market in September for $5.8 million after Hammer and Chambers, 38, announced their split following 10 years of marriage.

A month later, they reduced the price to $5.3 million and then decreased it again in December.

Hammer and his estranged wife, Elizabeth Chambers, have since found a buyer for their $5 million home.Realtor.com

Amid the allegations over his behavior, Hammer has been dropped by his talent agency, WME, and has left a slew of upcoming projects.

We have reached out to Hammer reps for comment.