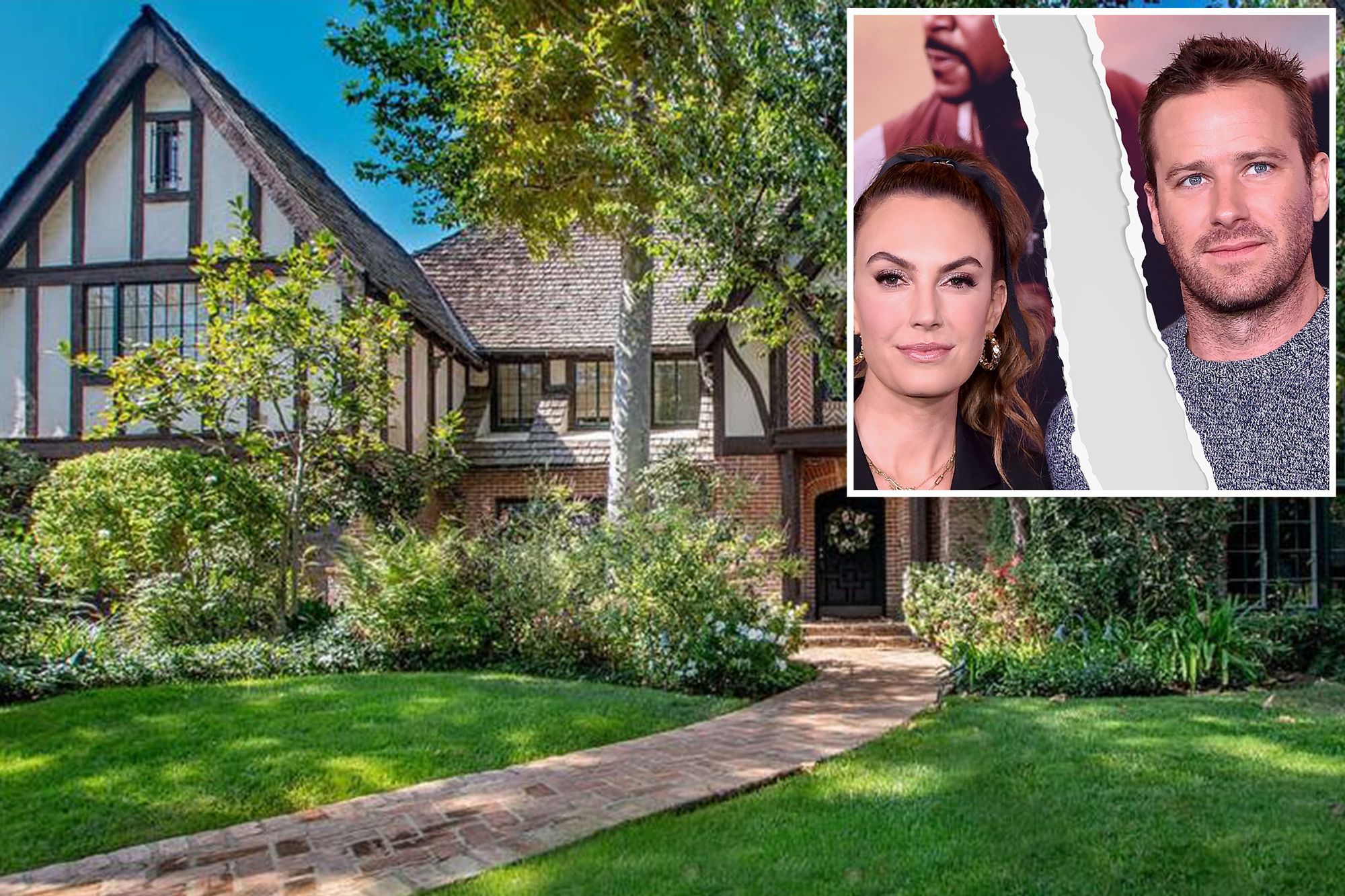 Someone wants a bite.

Soon-to-be exes Armie Hammer and Elizabeth Chambers have finally found a buyer for their $5 million Los Angeles home, The Post has learned.

The offer came in nearly two months after the former couple slashed the price of their three-story English Tudor home by a colossal $800,000.

The home first hit the market in September for $5.8 million following their separation announcement after 10 years of marriage. A month later, they reduced the price to $5.3 million, and then decreased it again in December.

On February 10, the seven-bedroom, six-bathroom property had a pending sale.

The home, which they purchased in January 2019, spans a whopping 6,275 square feet and is located in the upscale Wilshire Country Club neighborhood.

It features a two-story entry with a dramatic staircase.

The formal living room comes with a center fireplace. realtor.com

Another view of the double-height formal living room. realtor.com

The home has a double-height living room with a beamed ceiling and a newly designed fireplace.

The home also has a large, formal wood-paneled dining room and a library with a fireplace.

The backyard features a pool, spa and waterfall. realtor.com

Built in 1927, the family room features glass doors that open up to the backyard and pool.

The modern kitchen with a center island. realtor.com

The gourmet kitchen has a center island which leads to the breakfast room and is awash in sunlight.

One of seven bedrooms. realtor.com

There is also separate quarters for a maid.

The oversized master bedroom comes with a fireplace, a sauna and a spa in the large master bath.

One of six bathrooms. realtor.com

The “Social Network” star and his estranged wife share two children together — daughter Harper Grace, 6, and son Ford Douglas Armand, 4. The actor has requested joint custody of the kids in his ongoing divorce from Chambers.

Amid the split, Hammer has been surrounded by controversy involving his alleged cannibalism fetish with women, which he has denied.

One ex, Paige Lorenze claimed the “Call Me By Your Name” actor wanted to turn her into a “perfect little slave” and alleged he used a knife to mark her with the letter “A” near her vagina.

The “Rebecca” star has also been accused by ex Courtney Vucekovich of emotional and sexual abuse.

“He quickly grooms you in the relationship,” Vucekovich, 30, alleged to Page Six. “He kind of captivates you and while being charming, he’s grooming you for these things that are darker and heavier and consuming. When I say consuming, I mean mentally, physically, emotionally, financially, just everything.”

His now-estranged wife said she was “shocked, heartbroken and devastated” by the allegations against him.

His lawyer previously denied any wrongdoing on Hammer’s part.

“These assertions about Mr. Hammer are patently untrue. Any interactions with this person, or any partner of his, were completely consensual in that they were fully discussed, agreed upon, and mutually participatory,” the attorney’s statement read. “The stories being perpetuated in the media are a misguided attempt to present a one-sided narrative with the goal of tarnishing Mr. Hammer’s reputation, and communications from the individuals involved prove that.”

Following the string of allegations, WME agency dropped him as a client.