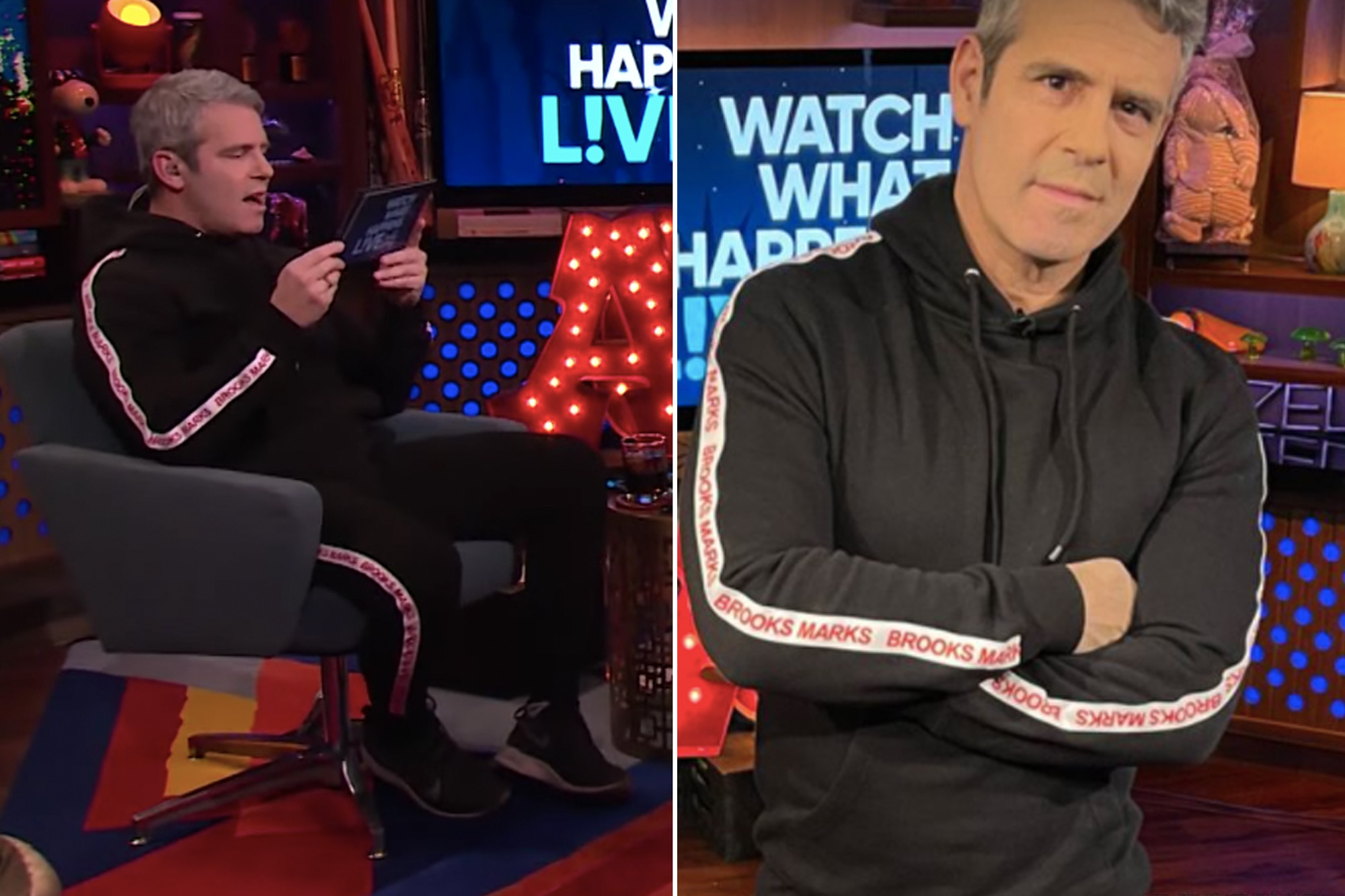 After mentioning to “Real Housewives of Salt Lake City” star Meredith Marks that he wanted to wear a tracksuit designed by her son Brooks at the new franchise’s reunion, the Bravo host apparently got his wish.

He sported the black hoodie and sweatpants on Wednesday night’s episode of “Watch What Happens Live,” immediately following the third and final reunion episode of the show.

Brooks, 21, quickly became a fan favorite in the early episodes of the show and debuted his namesake collection at the inaugural Park City Fashion Week, which took place in 2019.

However, his clothing line was also a topic of conversation, with “Housewife” Jen Shah pointing out that the only design he’s put forth so far is the tracksuit.

While the individual sweatpants and hoodie, each $74, are currently sold out on the young fashion designer’s website, a set of both is available for pre-order for $124.

“I was definitely inspired to create a universal brand that could be appealing to everybody,” Brooks previously told Page Six Style about his debut design.

“Right now, my main priority in fashion is comfort. So aside from my clothing being comfortable to wear, I want people to feel comfortable in it. The tracksuit isn’t just for one body. It’s really genderless and it’s for everyone.”