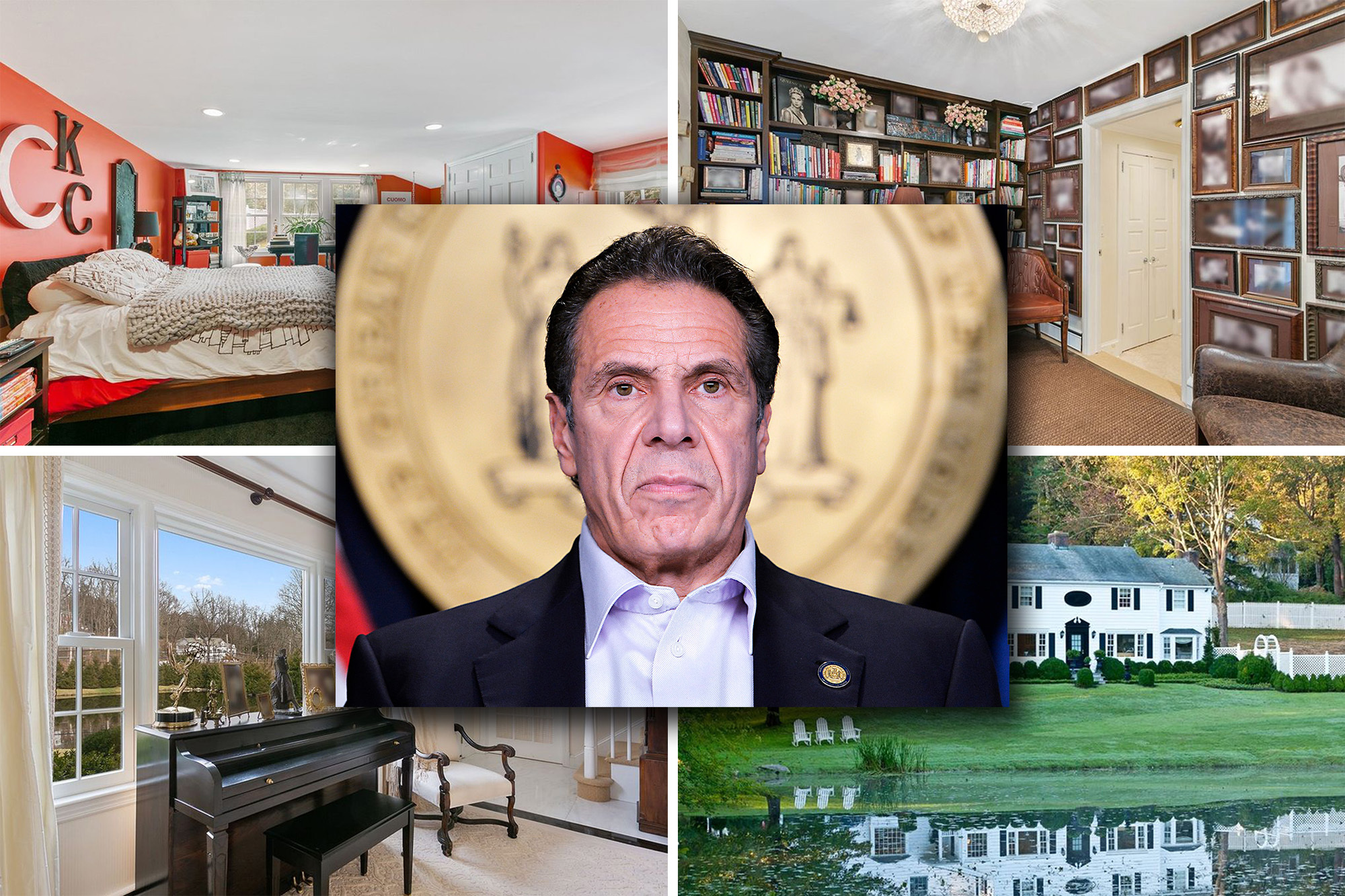 Andrew Cuomo and Sandra Lee have unloaded their longtime Mount Kisco, NY home right before the governor was hit with controversy.

The four-bedroom, six-bathroom home spent over a year on the market before eventually finding a buyer. One broker previously told The Post that the home was in dire need of considerable work.

“It’s absolutely charming,” one broker revealed. “But it needs a lot of work on the inside.”

The home sits on 2.89 acres and comes with a gazebo, a creek and a pond. realtor.com

The home features an idyllic rolling lawn, a gazebo, a creek and a pond.

The formal living room with an open floor plan that leads to an office space. realtor.com

Part of the formal living room with floor-to-ceiling windows and doors which open to the patio. realtor.com

The home is located minutes from downtown Chappaqua, Bedford and Mount Kisco and is only a 67-minute train ride to Grand Central Station.

Features of the home include a stately living room, a sun-filled family room, an oversized kitchen and three dining areas.

Other amenities include a finished renovated basement, a master with en-suite, a home gym and home office.

The gym with mirror walls. realtor.com

The three-level layout also comes with a cozy library landing, a mudroom and an attached two-car garage.

It offers a wide patio with a BBQ-stone fireplace, potting shed, fenced-in yard and gazebo.

A piano sits in the living area facing the pond. realtor.com

The kitchen, where the Food Network star likely spent much time.realtor.com

The breakfast area is is a part of the modern kitchen. realtor.com

The gov and the celeb chef announced their separation on September 25, 2019, after 14 years of dating.

“Over the recent past, we have realized that our lives have gone in different directions and our romantic relationship has turned into a deep friendship,” they said in a joint statement at the time. “We will always be family and are fully supportive of each other and dedicated to the girls,” referring to Cuomo’s three daughters from his marriage to Kerry Kennedy.

Cuomo has been involved in a series of damning sexual harassment allegations. Several women have come forward to accuse the governor of inappropriate behavior, which he has claimed was just “joking.”

A walk-in closet in the master suite with a vanity. realtor.com

In a press conference on Wednesday, Cuomo said that he feels “awful” about the sexual harassment allegations against him but insisted, “I never touched anyone inappropriately.”

“I now understand that I acted in a way that made people feel uncomfortable,” he added.

“It was unintentional and I truly and deeply apologize for it,” he said as his voice choked up. “I feel awful about it and frankly I am embarrassed by it and that’s not easy to say –but that’s the truth.”

The home is made up of four bedrooms and six bathrooms. realtor.com

One of four bedrooms with a “Cuomo” poster hung on the wall. realtor.com

The claims have led to a call for his resignation and an independent investigation by the New York Attorney General.