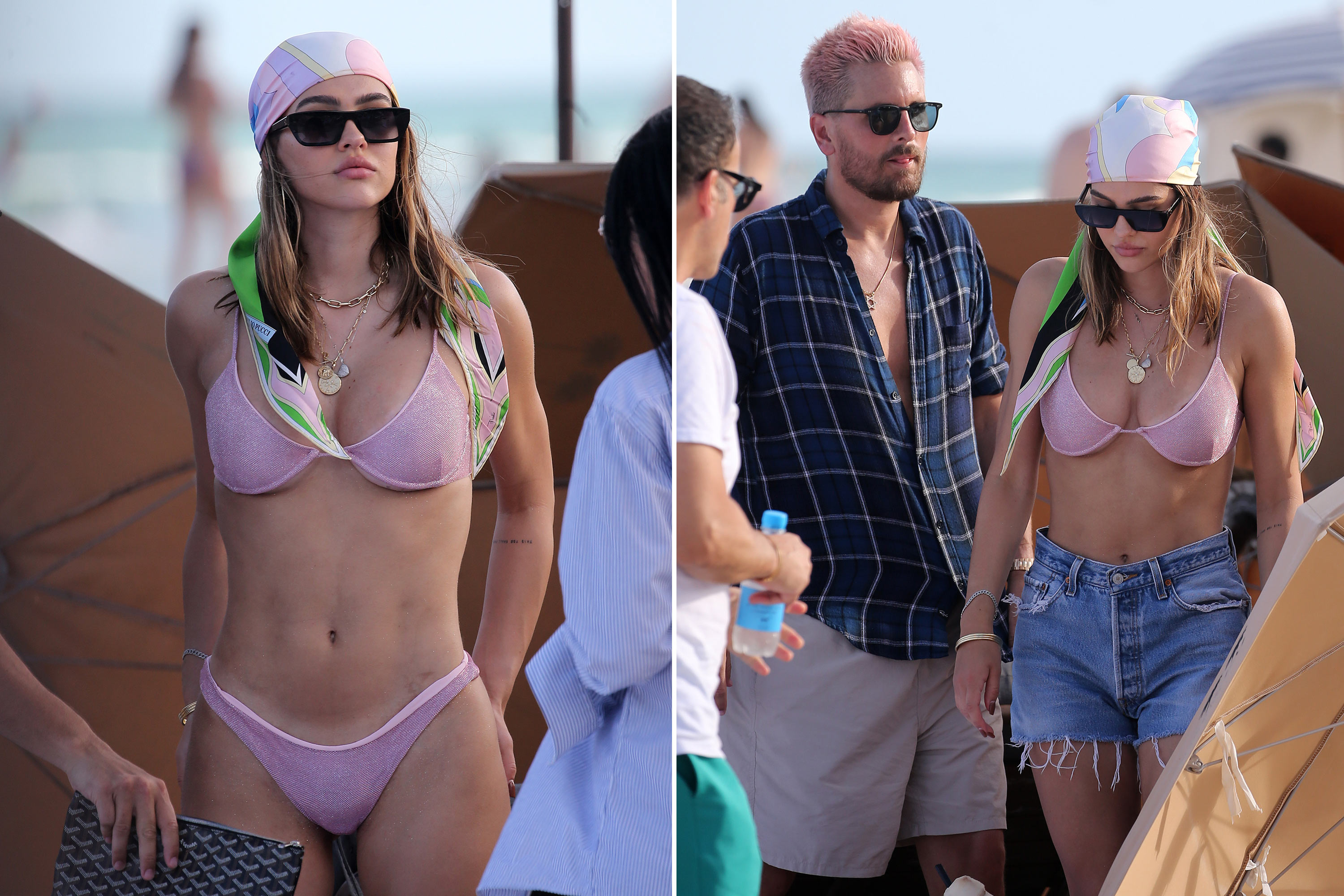 Scott Disick and Amelia Hamlin hit the beach in Miami over the weekend.

Disick, 37, and Hamlin, the 19-year-old daughter of Lisa Rinna and Harry Hamlin, were photographed lounging and soaking up the rays at The Setai in Miami Beach on Sunday.

Amelia Hamlin and Scott Disick chat a they enjoy a sunny day.MEGA

Her abs were on full display while she lounged in the Miami heat.

Meanwhile, Disick barely looked beach-ready as he covered up in a plaid shirt, cargo shorts and sneakers.

The couple looked relaxed as they took a walk along the shore with their pals.

Scott Disick and Amelia Hamlin took a walk along the beach with friends.MEGA

A spy told Page Six that the couple attended a party for 50 Cent’s Haute Living cover and the grand opening of Wrist Aficionado at The Setai Miami Beach the previous night.

“[Amelia] was there but stayed low-key with his friends,” our spy said, adding, “They were only there for a little.”

She recently referred to Disick as her “dream man” on social media, though strangely Disick does not follow her back on Instagram.

Hamlin, whose skin is miraculously much paler than a few days ago when she had to respond to accusations of “blackfishing,” has been growing closer to Disick recently.

The duo stepped out for dinner together with his three kids in Miami last month after becoming Instagram-official over Valentine’s Day weekend.

Scott Disick and Amelia Hamlin were seen lounging on the beach.MEGA

Hamlin first sparked romance rumors with Disick back in November when they were spotted out to dinner in Los Angeles.