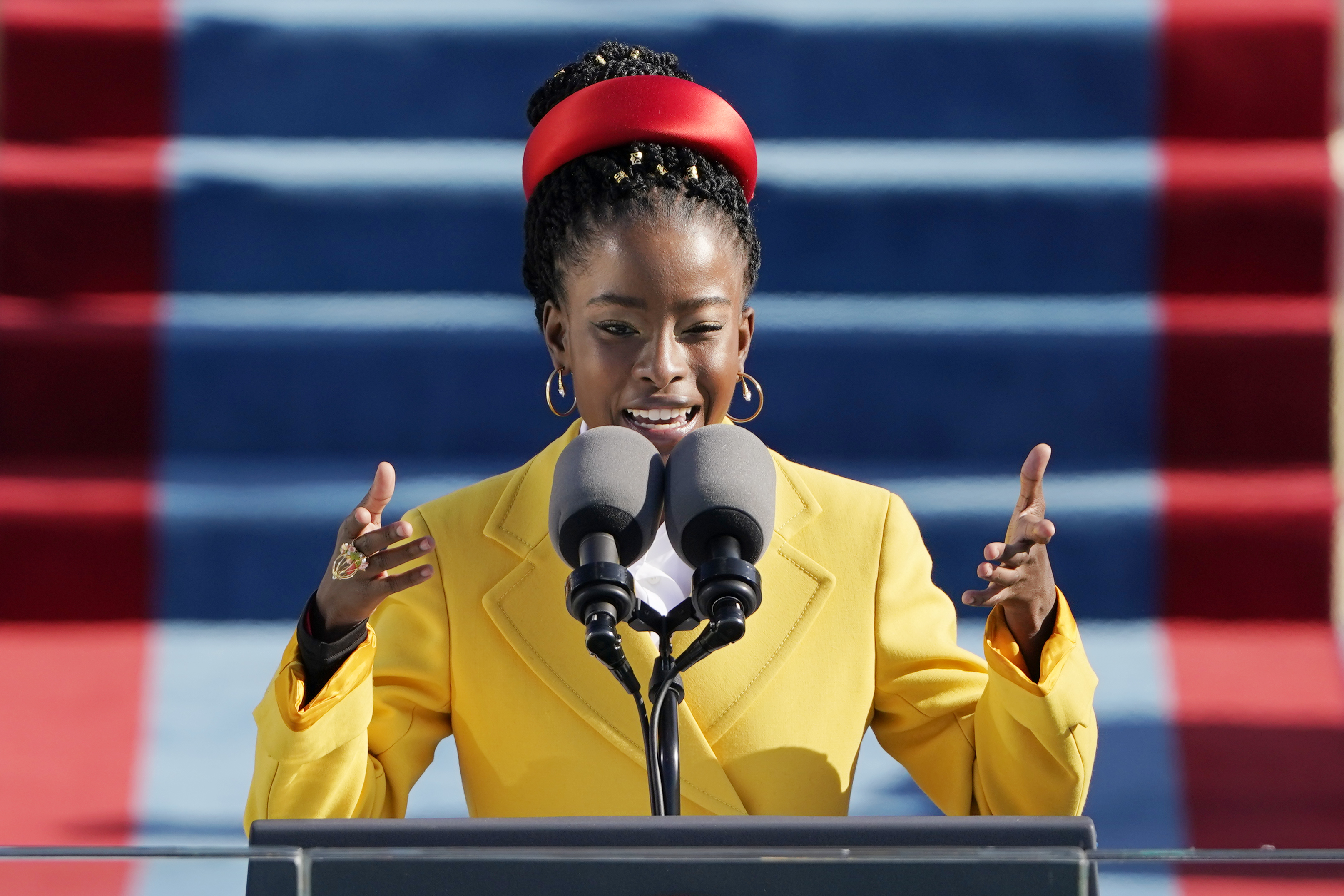 The Harvard grad, 22, who recently signed with modeling agency IMG, has been picked for the International Best-Dressed List as the only newcomer to the roster this year.

Gorman’s debut on the list — previously out of Vanity Fair, now at Air Mail — is for a special 80th anniversary edition that also includes best-dressed regulars Lady Gaga, Rihanna, Kate Moss and Iman. In a year when stars traded red carpet looks for sweats, Gorman wowed in Prada during her inauguration appearance.

Gorman, whose books are topping best-seller lists, told Air Mail of her style, “It’s my way to lean into the history that came before me and all the people supporting me.”

This year’s list also includes late legends such as Audrey Hepburn, Marlene Dietrich and Grace Kelly. Collins told us via email, “Amanda is representative of where the list is headed in the future.”

The best-dressed list went to Air Mail with Carter when he left Vanity Fair. He told WWD of switching up the list this year with an abbreviated anniversary version: “You can’t do it of just people wearing sweatpants and pajamas — as good as they may look.”

Sofia Richie And Gil Ofer Romance Serious? – Inside Their Relationship After Hot Beach Date!
Evan Rachel Wood Reveals Other Shocking Details About Her Relationship With Marilyn Manson – Anti-Semitism, The N-Word And More!
Comment