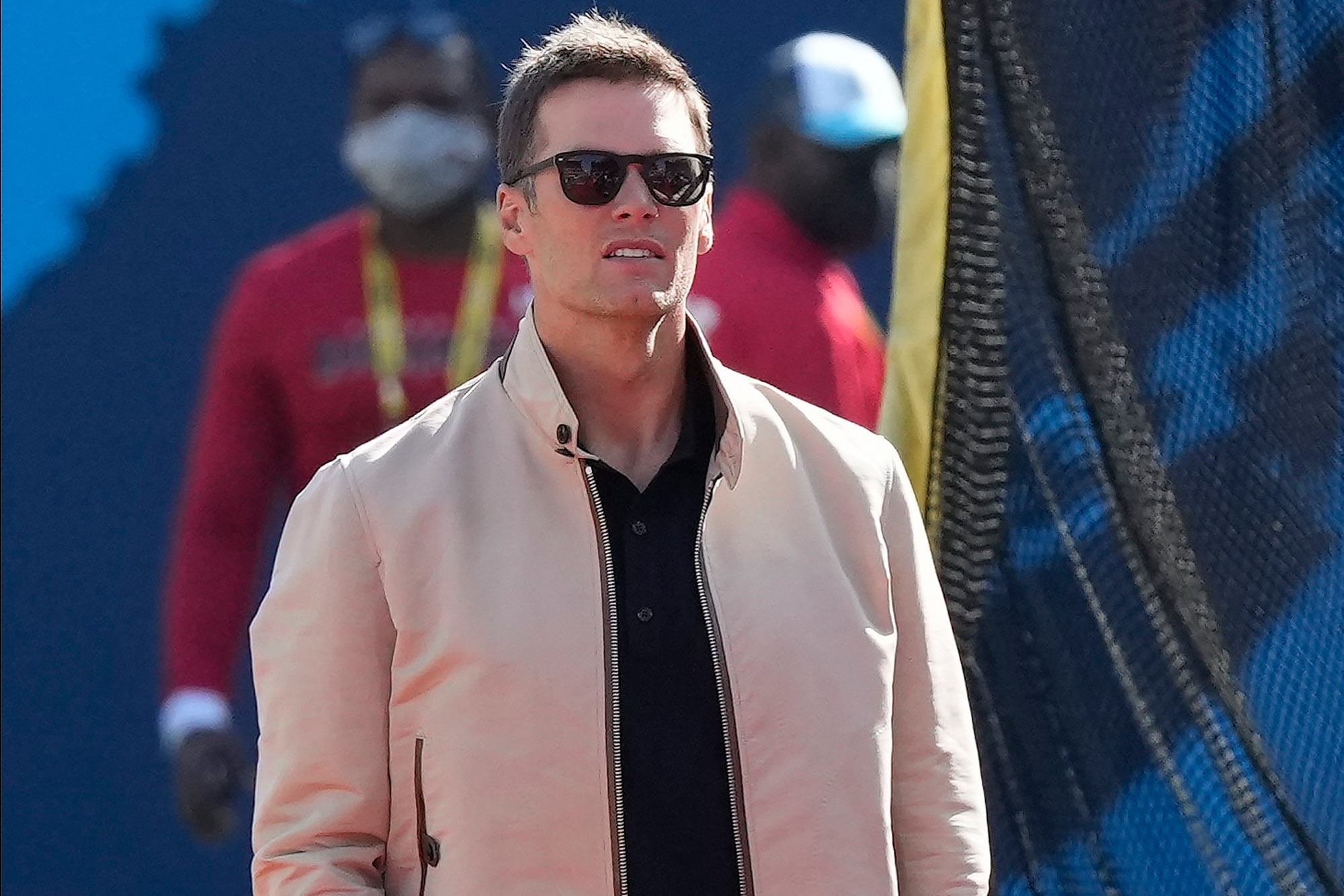 Ahead of his seventh Super Bowl win on Sunday, Tom Brady arrived at the field in style.

While his record-breaking Super Bowl rings would surely be the ultimate after-party accessory, the star player opted for an understated watch and beige sneakers prior to the game.

“In my experience, Tom takes the time to consider his wardrobe choices, appreciates quality fabrics and has an affinity for well-made and tailored clothing,” Weitz said of his longtime client.

“I believe style contributes to everyone’s confidence and success, whether they are an NFL player … or someone just beginning their career.”

Perhaps Tom Ford is a good luck charm for the athlete, as he rocked a different head-to-toe look by the designer ahead of his sixth Super Bowl win in 2019.

It’s far from Brady’s first high-fashion moment, as he has joined supermodel wife Gisele Bündchen for many red carpet appearances over the years.

“I would say that he likes fashion more than I like fashion. I would say he’s changed his haircut in one year more than I’ve changed in my whole life,” the Brazilian beauty, 40, told WSJ. Magazine in 2017.

As for her own game-day look, Bündchen opted for a heartwarming T-shirt featuring the NFL player’s TB12 logo and the words “Go Bucs!”

Post-Super Bowl, both she and Brady’s ex Bridget Moynahan celebrated his big win.