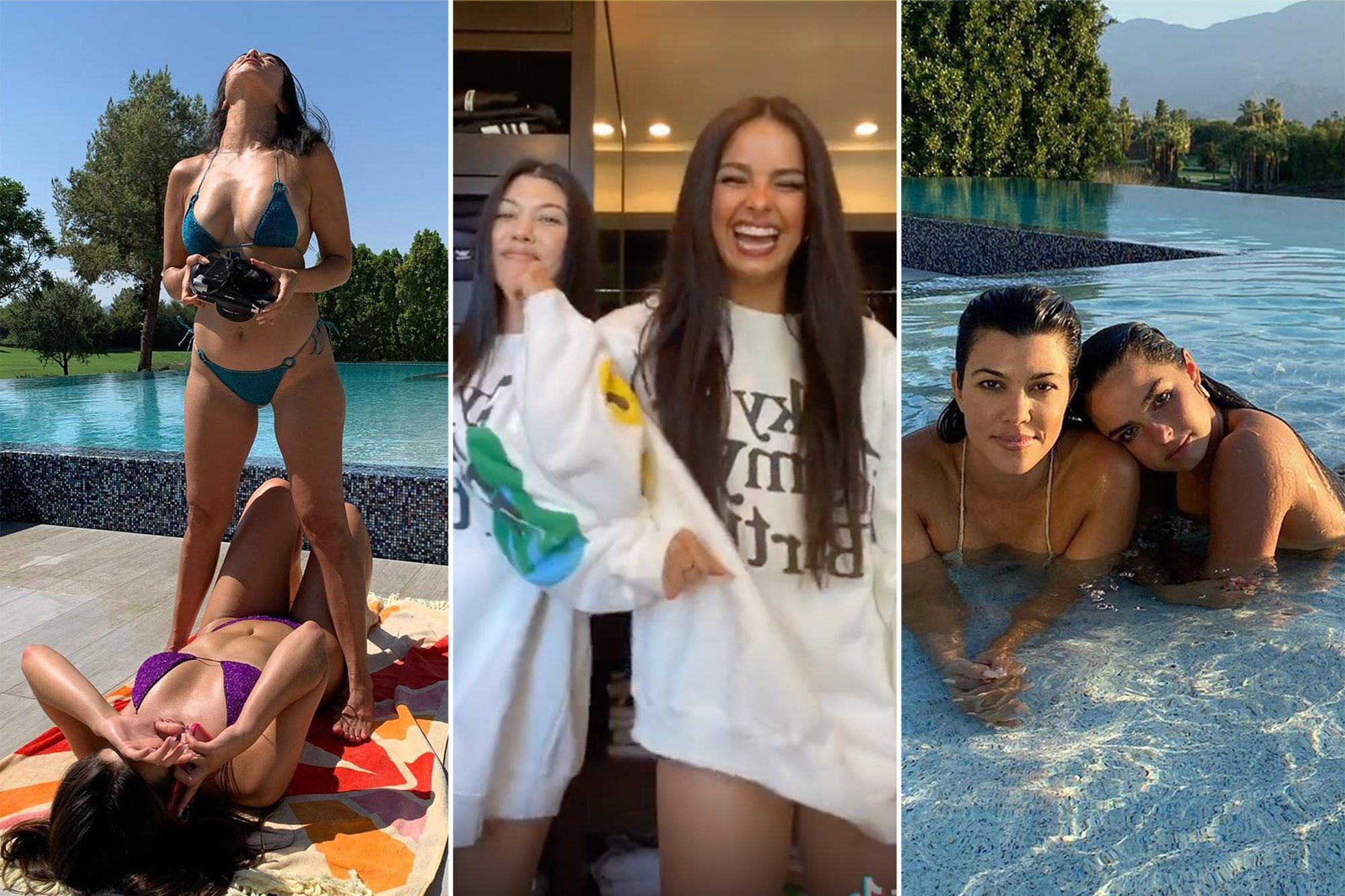 Addison Rae knows how to keep up with Kourtney Kardashian’s style.

Whether twinning in sparkly bikinis or luxe leather, the TikTok star, 20, and the reality-TV icon, 41, often hang out in almost-identical outfits.

Rae even made a cameo on a recent episode of “Keeping Up With the Kardashians,” with the famous family interrogating the social media star on their friendship and noting their considerable age gap.

Kourtney’s ex Scott Disick even told her it would be “ok” if she and Rae were hooking up, leading her to deny the rumor.

Based on their many matching moments, however, perhaps the two share closets in addition to sharing a bedroom during their sleepovers.

Their trendsetting TikToks continued later that month, as the pair donned matching feathered Prada robes to recreate an iconic scene from “Keeping Up With the Kardashians.”

The pals must be calling each other to coordinate their clothes. In July 2020, they donned the same silk shirt in different colors — from Kardashian’s stylist Dani Michelle’s Missguided collaboration, naturally — along with likeminded headscarves.

Taking the plunge in PJs

While both stars are known for their sexy social media snaps, they had fans doing double takes when they went for a swim wearing colorful striped pajamas that same month. Perhaps in response to comments on their age gap, Rae captioned the photo, “so what.”

Synced up in swimwear

Their matching streak heated up in August 2020, when they sported sparkly bikinis by Italian brand Oséree for a poolside photoshoot.

The tight-knit duo also twinned in the same She Made Me crochet bikini in different colors.

In October 2020, Rae and Kardashian ditched the bikinis and dressed up to party … in the USA, that is. While swinging on a disco ball at Miley Cyrus’ “Midnight Sky” truck in LA, they donned identical black bike shorts and tank tops.

Matching down to their matcha

Later that month, they were snapped sipping identical beverages during a stroll in Soho. Rae paired her beige Eppram blazer with Doc Martens, while Kardashian sported a blue-hued version with Prada boots.

Addison Rae and Kourtney Kardashian each took their own spin on brown leather.GC Images

They then changed into coordinating leather looks to celebrate Rae’s 20th birthday, with the young star sporting Aritzia vegan leather pants ($148) while Kardashian opted for a Nour Hammour coat ($1,605).

Later in their trip, they stepped out in similar collared shirt dresses.

But Kardashian seems to be taking more style cues from boyfriend Travis Barker lately. The couple were first linked in January 2021, and sported matching leather looks during a date in March.

But with the fashionable friends set to co-star in the highly anticipated remake of “She’s All That,” entitled “He’s All That,” more twinning moments are surely on the horizon.