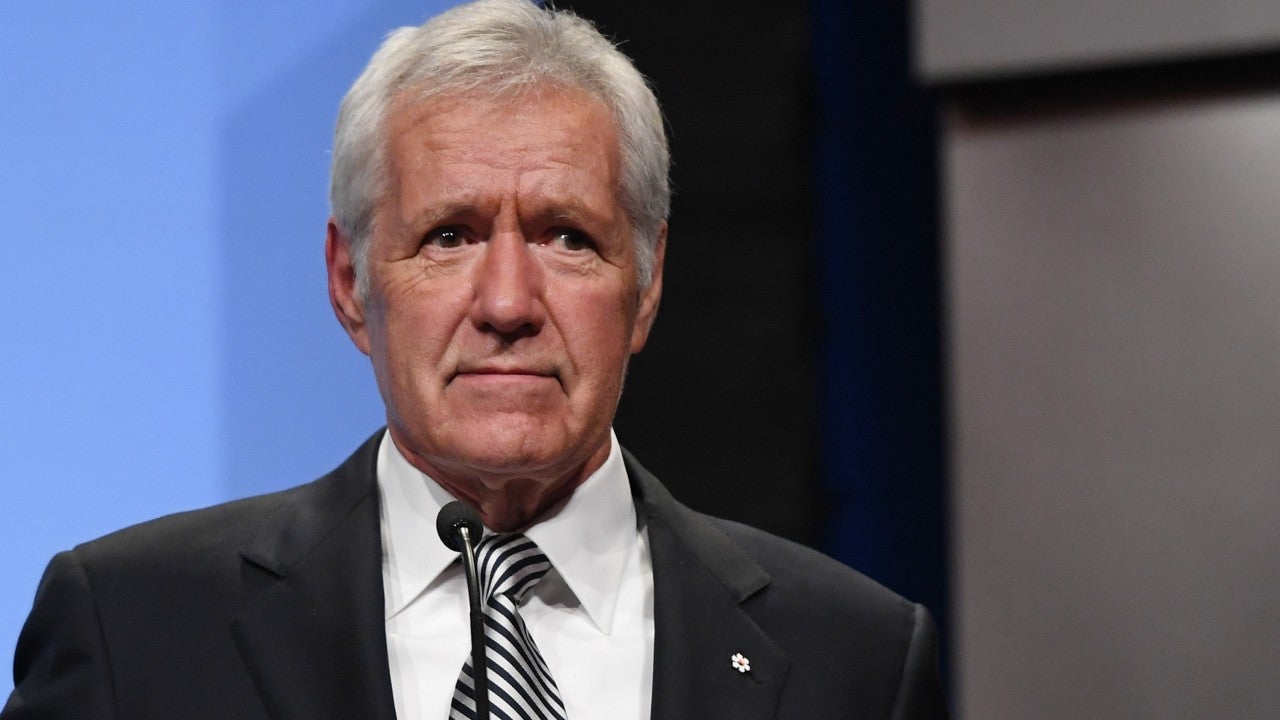 Alex Trebek‘s son, Matt, opened up about how he and the rest of his family are making sure to keep his memory alive while a guest on the latest episode of Good Morning America. He also mentioned that donating all of his Jeopardy! wardrobe would be what the family’s patriarch would have wanted.
As fans know, Alex Trebek passed away back in November after losing his battle with cancer.
He left behind his wife, Jean, and their adult children, Emily, 28 and Matt, who is 31.
On the show, Matt shared that ‘This kind of just fits into what he believed in, passing along kindness to others. So it’s nice to see that it still continues even after he’s gone.’
The clothes are going to be donated via The Doe Fund and include no less than 58 dress shirts, 14 suits, 300 neckties, 14 sweaters, 25 polo shirts and 9 sports coats.
This comes after Jean stated that it was her brother, Matt’s idea to donate the clothes.
‘When you think that they shoot five shows a day, two days a week, they need to constantly make different combinations, so they had a large wardrobe. He would dress up in very clean and definitely had his own particular taste in the way that he would dress. I remember that when I was growing up, he would try to dress me in suits. I think our style differed, but he was obviously right with how he went about things,’ Matt said.

Matt also updated fans on how he and his family are doing after suffering this loss, saying that they are ‘hanging in there.’
‘Losing our father, my mom losing her husband, kind of the one who spearheaded and guided our family, it’s definitely been an adjustment. But fortunately, my mom, my sister and I are all very close, so we’re good. We remember him and keep trying to move on together.’
Advertisement