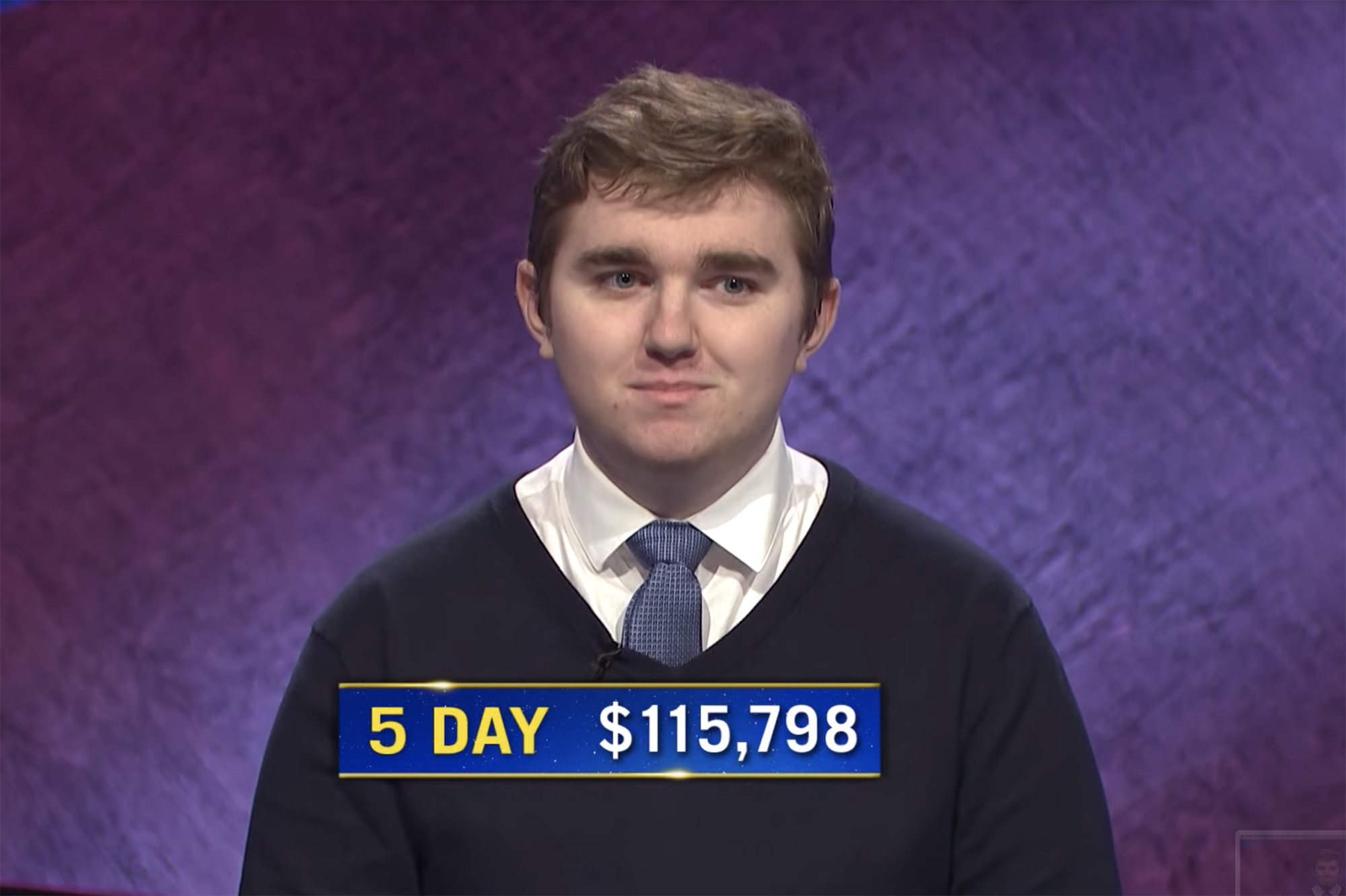 “Jeopardy!” is suffering another tragic loss after the death of beloved host Alex Trebek.

Brayden Smith, a champion competitor during Trebek’s final episodes he filmed before losing his battle with pancreatic cancer, died at age 24.

He died unexpectedly last Friday in his hometown of Las Vegas, Nevada.

“The ‘Jeopardy!’ family is heartbroken by the tragic loss of Brayden Smith,” the show said in a statement. “He was kind, funny and absolutely brilliant. Our deepest condolences go out to Brayden’s family. He will be missed.”

“We are heartbroken to share that our dear Brayden Smith recently passed away unexpectedly,” Smith’s mother Debbie wrote on Twitter. “We are so grateful that Brayden was able to live out his dream on @jeopardy.”

The cause of death is unknown, TMZ reported.

Smith won five games in a row and more than $115,000 during his week on the show, which was filmed in October.

According to his obituary, Smith “attained a lifelong dream” when he competed on “Jeopardy!” and was hailed on social media as “Alex’s Last Great Champion.” Trebek had nicknamed him “Billy Buzzsaw” during his run and said: “Most impressive, I don’t know what to say,” during his gameplay.

“He was looking forward to competing in the show’s Tournament of Champions,” for which he had been qualified, according to his obit from the Dignity Memorial funeral home.

“[Trebek] did, I believe, really like Brayden,” executive producer Mike Richards told EW. “I could tell that he very much enjoyed that young man, and that was fun to watch. I think that energized him.”

“The best part of it for me was spending time with [Trebek],” Smith said in an interview after his winning streak. “Doing the questions and answers is almost incidental, I think, to spending time with somebody who I had cherished in my life for such a long period of time… I think back on it all the time and really savor each moment that I got to have with him.”

“Every moment since I last was on the studio lot has been a moment that I’ve been wanting to get back on there,” he said.

Smith graduated from the University of Nevada, Las Vegas with a degree in economics in 2020 and was hoping to attend law school to become an attorney for the federal government. Recently he had served as an intern for the Cato Institute in Washington, D.C. helping to research criminal justice reform cases.

Before college, Smith attended Liberty High School in Henderson, Nev. where he was a National Merit Scholar semifinalist. His love for “Jeopardy!” was fostered as a young adult when he captained his school’s Quiz Bowl team to back-to-back state runner-up finishes.

The “Jeopardy!” champ was not only booksmart, but was in love with culture, too. His family noted that he was an avid sports fan, loved all genres of music and was in love with film, flipping between Oscar winners and slapstick comedies with ease.

Donations in Smith’s memory may be made to the Brayden Smith Memorial Fund.

Brayden Smith, who was a “Jeopardy!” contestant during Alex Trebek’s final week of filming, has died.YouTube