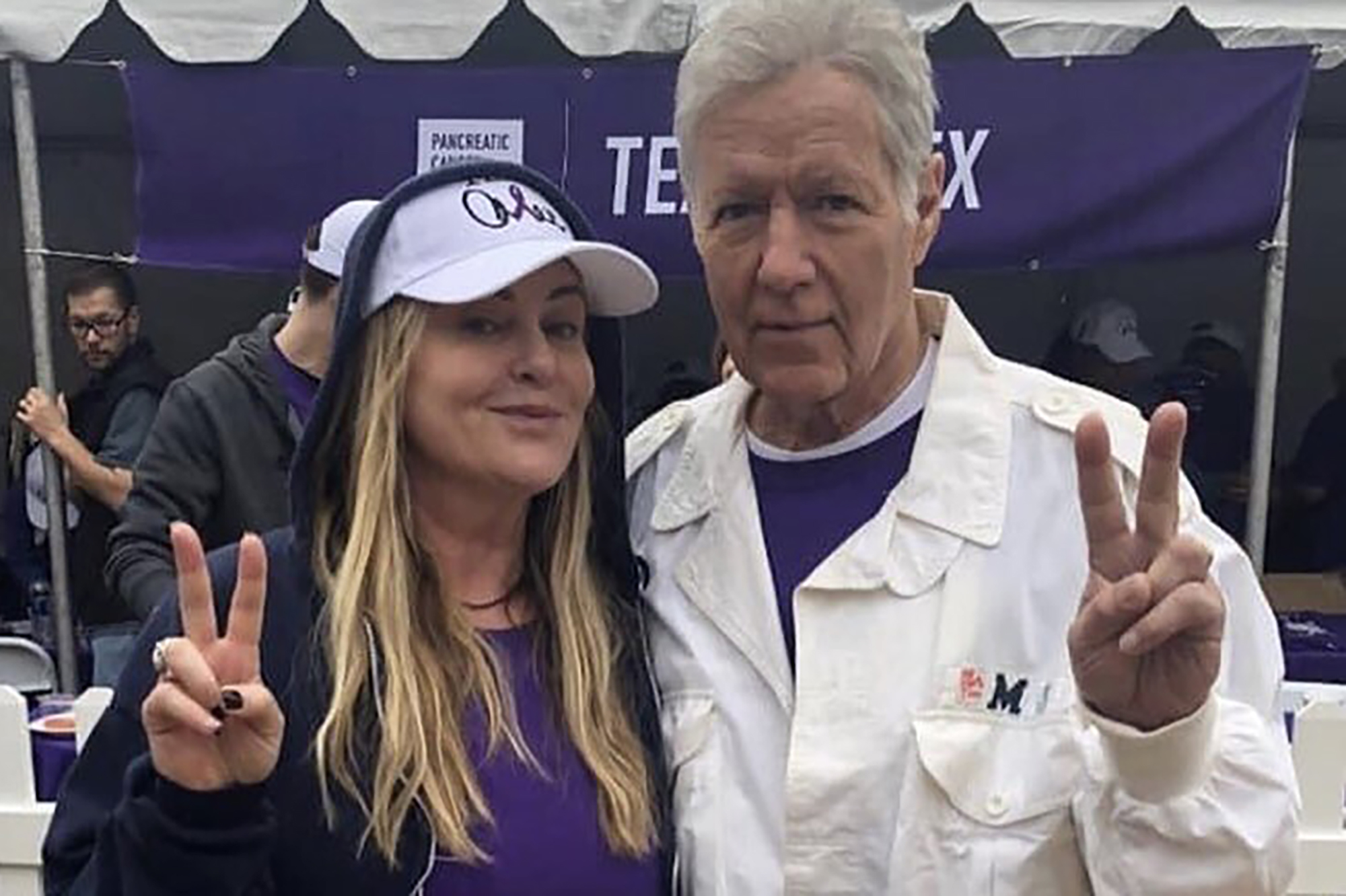 The adopted daughter of the late, great Alex Trebek spoke publicly Tuesday for the first time since her father’s death in November, detailing how difficult it’s been to watch the stream of guest hosts stand in at her father’s podium.

“To me it was his show, and it’s difficult for me to carry on on the show,” said Nicky Trebek, 55, the daughter of Trebek and his first wife Elaine Callei in an emotional interview on “CBS This Morning.”

The show has welcomed guests from broadcaster Katie Couric to Aaron Rodgers before they make an announcement on a permanent host. And the rotation hasn’t always been smooth sailing. On Monday, Dr. Mehmet Oz began his two-week stint guest-hosting the show, despite outcry from former contestants over his allegedly dubious medical claims.

Nicky Trebek and her father Alex, who died in November 2020 at age 80.Nicky Trebeck Instagram

“I drove him home on the last day of the last taping he was able to do … I just want to honor his fight.”Nicky Trebek, daughter of ‘Jeopardy!’ host Alex Trebek

Nicky, a singer and fashion designer who also worked on “Jeopardy!” on and off throughout the years but stopped around the time of Alex’s death, recalled her father’s final days on the show.

His last episode, filmed just a month before his death, was scheduled to air during the week of Christmas, but Sony pushed it back so fans could have more time to enjoy their final moments with Trebek.

“I drove him home on the last day of the last taping he was able to do,” she said before pausing to collect herself.

Nicky is the daughter of Alex’s former wife, Elaine Callei. Following their divorce in 1981, Alex raised Nicky and gave her his last name. Nicky Trebeck Instagram

Nicky also spoke about the continued ways her dad is giving back after his passing. She announced the creation of “Team Alex,” a team participating in the (virtual) Purple Stride event to benefit pancreatic cancer — which took her father’s life after a two-year battle. The walk to benefit cancer research is operated by the Pancreatic Cancer Action Network.

“I just want to honor his fight,” she said of the event. “I feel that Purple Stride is a way to show how much integrity he had, throughout the whole thing.”

In an Instagram post earlier this month, Nicky reflected on the two-year anniversary of her father sharing his cancer diagnosis with the world.

“He brought much-needed #awareness to this terrible disease and provided #hope to so many struggling. I’m beyond proud of him for his courage and integrity throughout his illness So I’m continuing what he started and will fight for everyone affected by pancreatic cancer.”

She also reflected on the newly opened homeless shelter in LA, the Trebek Center, which was completed with a donation to Hope of the Valley Rescue Mission. Nicky added the family is also donating Alex’s suits to men in need.

“I’m not sure how to put it into words,” she said.