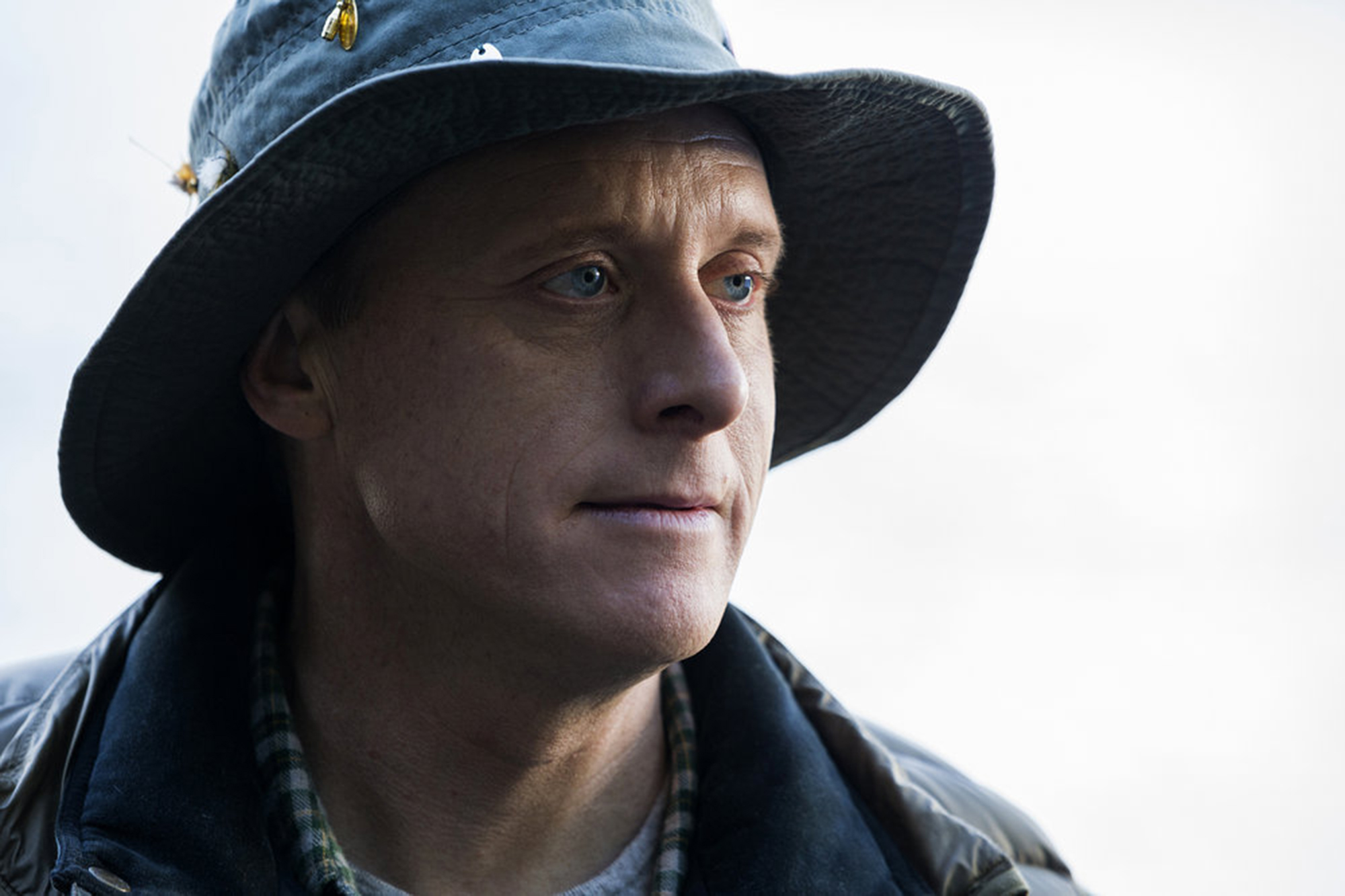 It’s safe to say however, that he’s never played an extraterrestrial who’s got a thing for “Law & Order.”

Welcome to the world of “Resident Alien,” Syfy’s new dramedy series with Tudyk in the titular role.

“I’m part of the sci-fi world but haven’t ever been on Syfy, the channel, before [in a series created for the network],” says Tudyk, 49. “I did a show I created independently with the help of sic-fi fans called ‘Con Man,’ about the [sci-fi] convention world — and a guy who’s on a show that was cancelled and his life has been going to these conventions. That ran for two seasons on Syfy.”

“Resident Alien,” though, is a far cry from “Con Man” or, for that matter, any of Tudyk’s past roles in the genre. In the series, premiering Wednesday (Jan. 27) at 10 p.m., he plays a creepy-looking outer-space denizen who crash-lands in Colorado with the intention of killing everyone on Earth. He assumes the human form of a hapless doctor named Harry Vanderspeigle — but, four months later, remains stuck in the snowy, picturesque town of Patience, where he’s recruited as the local doctor– replacing his predecessor, who died under mysterious circumstances.

“I have a stunt double who does more of the stunt-y work,” Tudyk says. “Whenever you see the alien in reflections that’s a person who isn’t me wearing a mask.”James Dittinger/SYFY

“There are certain challenges in the role that are exciting as far as the physicality of an alien posing as a human and learning how to work this body for the first time,” Tudyk says. “He replicates the human body — it’s not like a ‘Body Snatchers’ thing — and has to learn the language.

“He crash-lands here and doesn’t expect to have to know anything about these people so he’s not equipped,” he says. “He knows a lot about the universe…but nothing about them.”

The series, adapted by Chris Sheridan (“Family Guy”) from the Dark Horse Comics series, combines subtle humor with drama as Harry, who still intends to kill off mankind, finds himself not only learning how to be human but also knee-deep in a murder investigation. And there’s that pesky local kid, Max (Judah Prehn), the only one in town who sees Harry in his extraterrestrial skin.

“I have a stunt double who does more of the stunt-y work; whenever you see the alien in reflections that’s a person who isn’t me wearing a mask,” Tudyk says. “But when it comes to the acting, it’s me — so there were a lot of long days in the makeup chair.”

Co-stars include Sara Tomko as Harry’s assistant at the health clinic; Corey Reynolds as a cynical sheriff; Levi Fiehler as the touchy-feely mayor; and Alice Wetterlund as a popular Patience bartender.

The 10-episode series was shot in Vancouver. “One of the first days of shooting we were out on what is the lake house in the show,” Tudyk says. “It was actually the ocean there…and there was an orca family surfacing and swimming by and they were like, ‘Cut!’ It was like, ‘Can we get the gorgeous natural beauty out of the shot?!’ “

Tudyk says that Harry will change drastically as he familiarizes himself with his surroundings and with the people of Patience.

“His arc for the first season is known fairly quickly, by the second and third episodes,” he says. “The human form he’s taken starts to play upon him and the way he’s perceived in the world. He starts to dream, he starts to feel…and that’s what he’s wrestling with throughout the first season as he gets to know humans and becomes more human.

“It will change his outlook on destroying all of humankind while he struggles with doing his duty.”