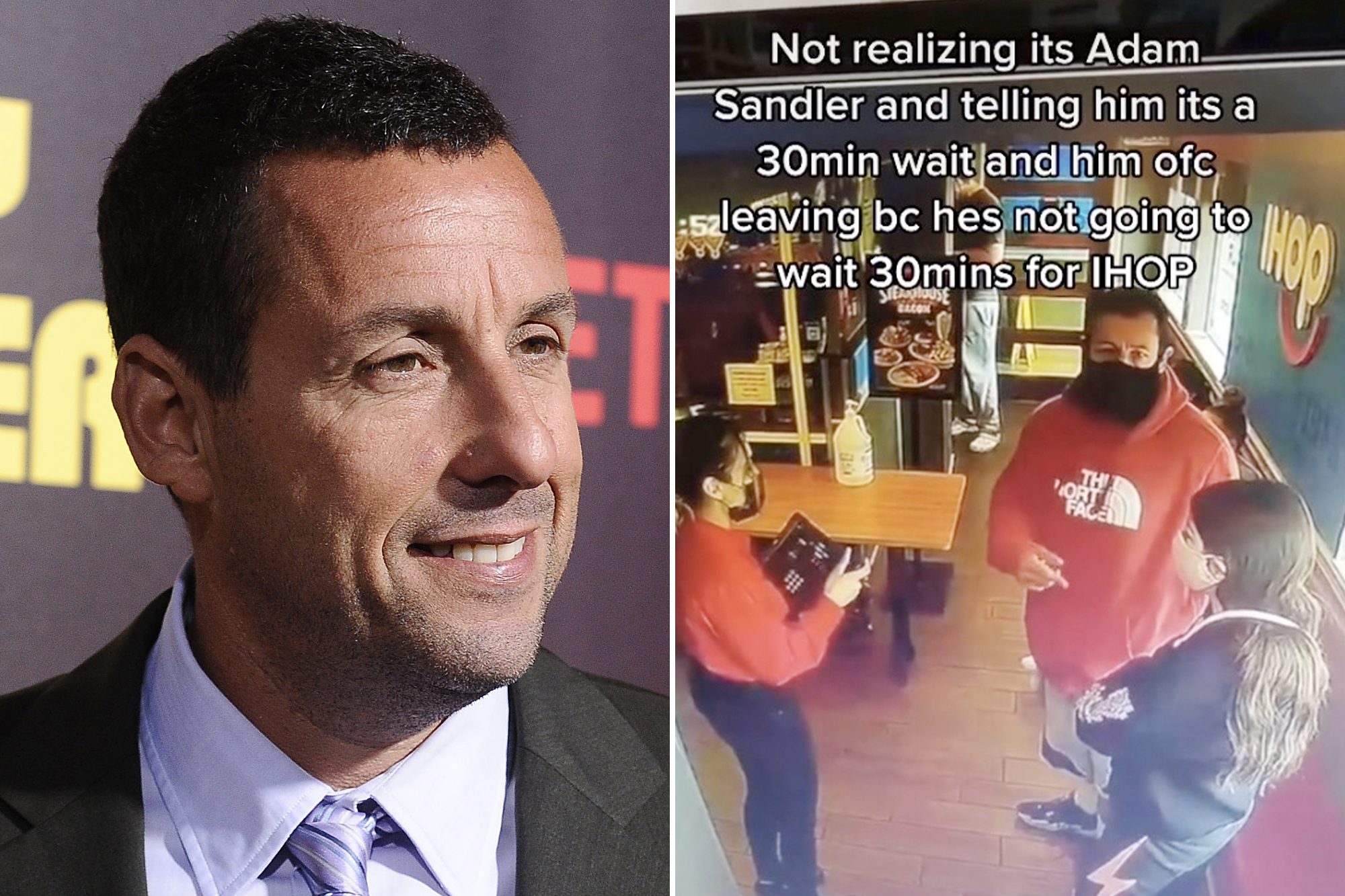 The Sandman doesn’t hold a grudge.

Adam Sandler has responded in trademark form to a viral TikTok video of a hostess turning him away from an IHOP.

Last week, 17-year-old Long Island hostess Dayanna Rodas didn’t recognize the “Uncut Gems” star and told him it would be a 30-minute wait for a table at the Manhasset International House of Pancakes. After she realized her mistake, a TikTok she made about the experience garnered more than 9 million views.

But Sandler, 54, has come out with some reassuring words for Rodas.

“For the record, I only left the IHOP because the nice woman told me the all-you-can-eat deal didn’t apply to the milkshakes,” Sandler quipped on Twitter on Monday.

In the video, the flapjack-craving “Grown Ups” creator was with a young girl (possibly one of his daughters, Sadie, 14, or Sunny, 12) and dressed in his typical casual garb — a sweatshirt, sneakers and shorts. His face was covered with a mask.

Rodas told The Post last week that the actor hung around outside the eatery after she rejected him.

“It wasn’t until a customer walked in about 15 minutes later saying, ‘Adam Sandler was outside,’ when I realized I spoke to Adam Sandler!” she said.

Like a true Gen Z-er, she quickly captured the security camera footage and posted it on the popular video-sharing app.

“Not realizing its Adam Sandler and telling him its a 30min wait and him [of course] leaving [because] hes not going to wait 30mins for IHOP,” she captioned her clip.

Clearly, Sandler isn’t feeling scorned. But it may be worth offering him a bottomless milkshake next time he visits.