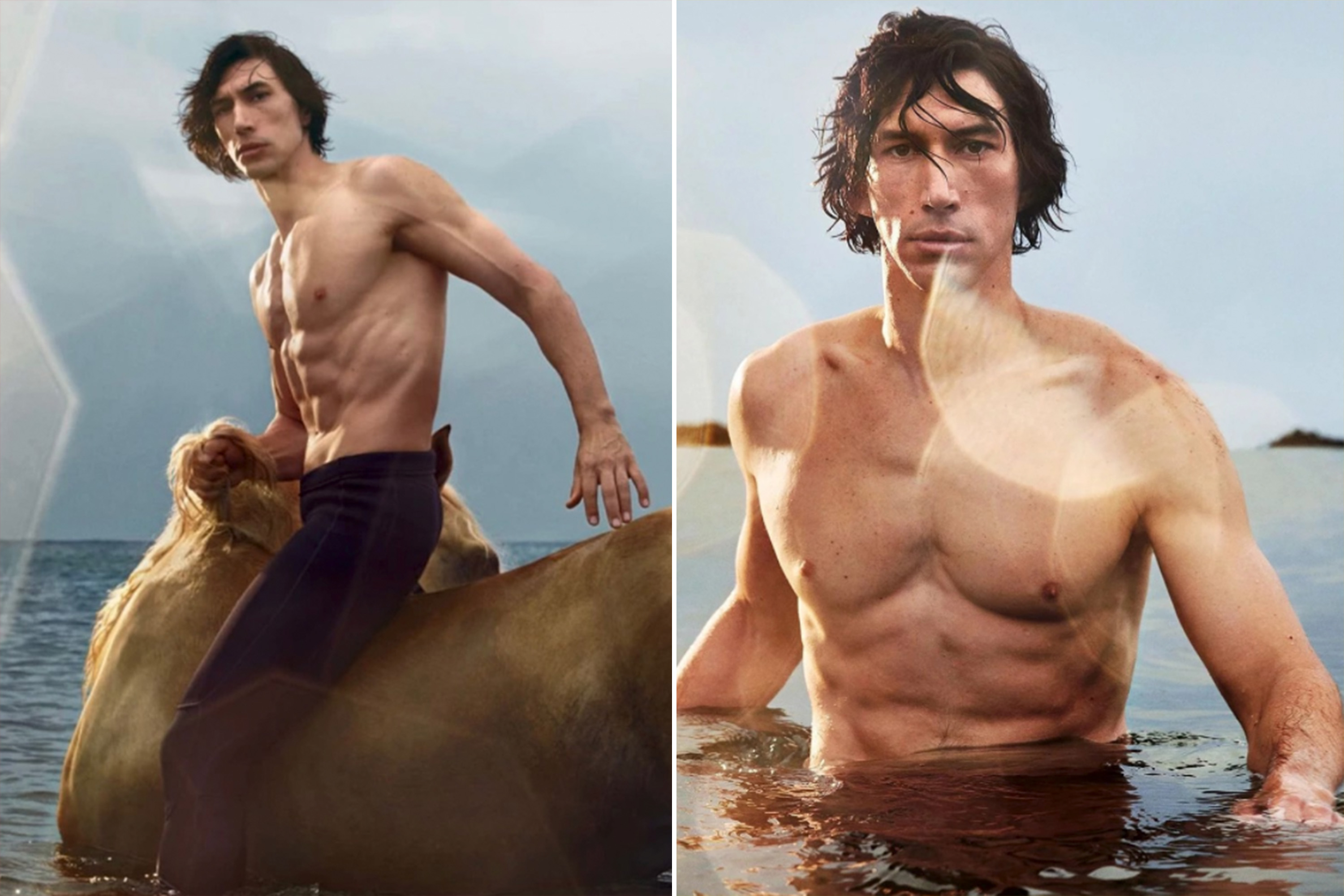 Were you one of the many, many people who couldn’t get over Adam Driver’s shirtless “Star Wars” scene? Do you also have an appreciation for fine fragrances and majestic mustangs? Boy, do we have some news for you.

The studly 6-foot-2 Driver is the new face of Burberry’s latest perfume, Hero — and in an ad for the juice, the bare-chested actor sprints down a beach at sunset, matching a galloping horse practically stride for stride.

The two stallions then enjoy an oddly sensual swim in the surf together, set to FKA Twigs’ sex anthem “Two Weeks.” Limbs both human and equine intertwine.

And at the end of it all (spoiler alert!), Driver appears back on the shore, seemingly having merged with the steed to become … a centaur.

Following the ad’s Tuesday release, the 37-year-old actor swiftly began trending on Twitter, with hundreds of thirsty fans weighing in on his wet and wild ad.

“Pretending to be a horse so adam driver can ride me too,” one person tweeted, while another joked, “I see burberry has tapped into the horse girl to adam driver pipeline.”

Driver also posed for several campaign photos for the fragrance in his pre-centaur state; in our personal favorite of the shots, the shirtless star rides the aforementioned horse while clutching a handful of mane.