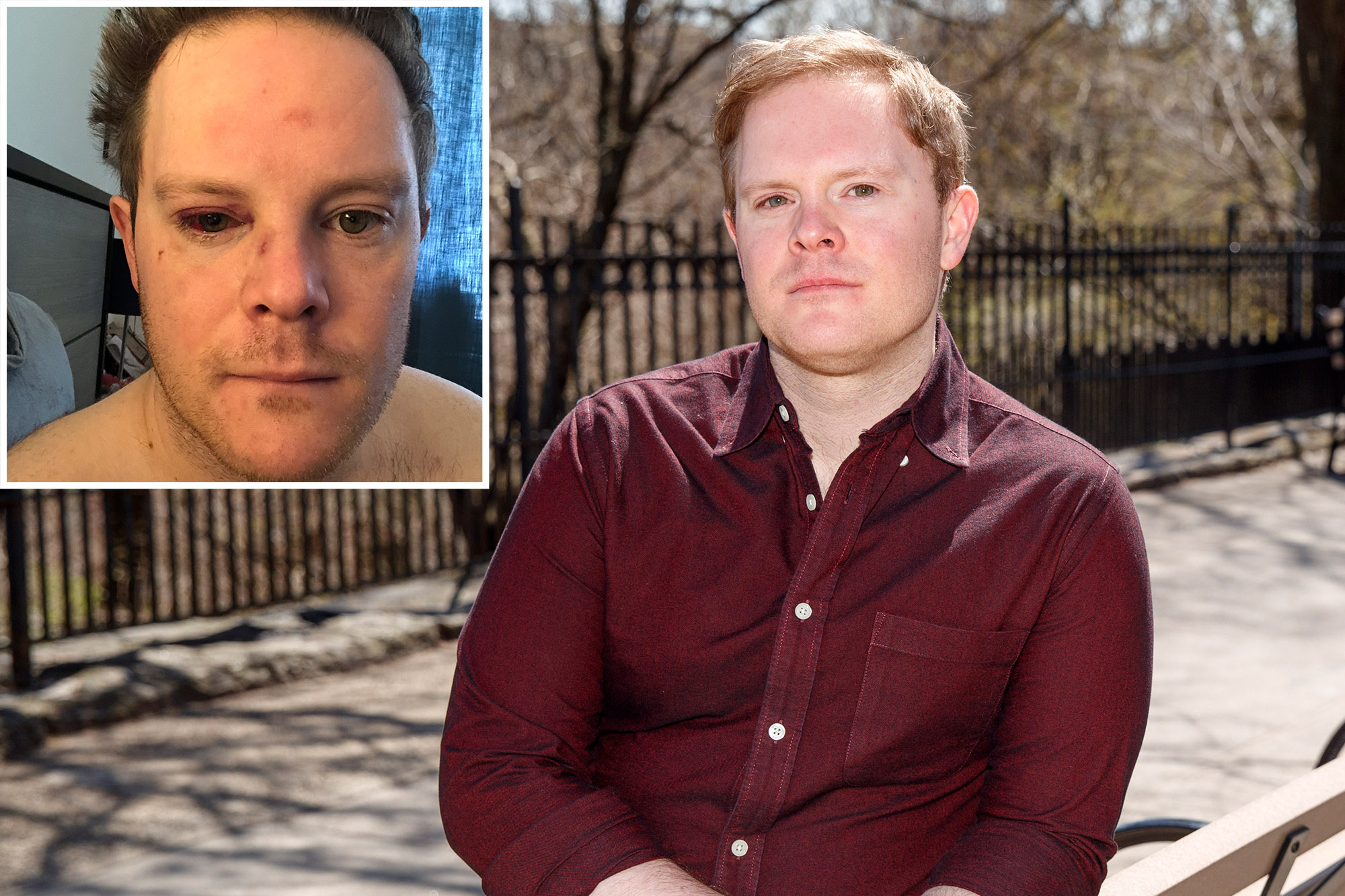 A Broadway actor who almost lost his sight in a brutal random attack at a Manhattan subway station is celebrating his recovery — by returning to the spotlight.

The role, coincidentally, involved a medical trauma of its own: Weisman played a Superman character in Times Square who gets hit by a bus.

“I was filming a story about healthcare workers in the midst of the pandemic,” Weisman told The Post. “I got to celebrate people who work in hospitals, which was fitting.”

Weisman, who was also an original cast member of Broadway’s “Harry Potter and The Cursed Child,” has kept a positive outlook since being sucker punched by a stranger last November.

The suspect behind the battering at the 103rd Street station on the Upper West Side was never found, Weisman said. But he refuses to dwell on that dark day: “That person has nothing to do with my life.”

Weisman after the attack.Courtesy of Alex Weisman

Weisman acknowledged that, as an actor, his face is his livelihood. In the days following the attack he felt worried he might never work in the business again.

But doctors at New York Eye and Ear Infirmary of Mount Sinai worked swiftly to repair the damage.

“They were quick and efficient,” he said. “They understood the nuance of my situation and that I needed my face to work in the theater.”

One of them, retina surgeon Dr. Gareth Lema, told The Post that the patient’s injury was severe. However, he added that he was fortunate because the retinal tear had not detached from the center of his vision.

“We decided on a minimally invasive procedure where we basically lasered the retina and walled off the part that was detached,” said the expert.

The redness was kept to a minimum allowing Weisman to submit his audition tape for “New Amsterdam” just two weeks after the shocking assault, which occurred when the man approached him out of the blue.

“My agent sent me the audition and was like, ‘No pressure,’ but I knew it was important to get on camera and see what I looked like,” recalled the actor, whose previous film roles include appearances in 2018’s “An Acceptable Loss” and 2020’s “Black Box.”

“I sent it over with an apology, saying, ‘I’m so sorry if I look terrible, let me know.’

After nailing the audition, filming took place over three-and-a-half weeks in January when, on his days off, he’d visit the real hospital for constant check-ups on his eye.

“I have a tiny blind spot, some floaters and some glare when looking at screens,” he said. “But I count myself lucky.”

Now that his career is up and running again, he’s keen to secure more roles both on TV and Broadway — and he’s not alone in that excitement. The theater world is set to at least partially re-open after Labor Day in September 2021 after going dark in March 2020.

“I’m hopeful,” Weisman said. “Since the age of 7, I don’t think I have gone for two weeks without seeing a play or being in one.

As for riding the subway, the attack hasn’t put him off one iota — despite a rise in the number of random assaults taking place in New York.

“I’m not going to let one bad day make me afraid of the train for the rest of my life.”