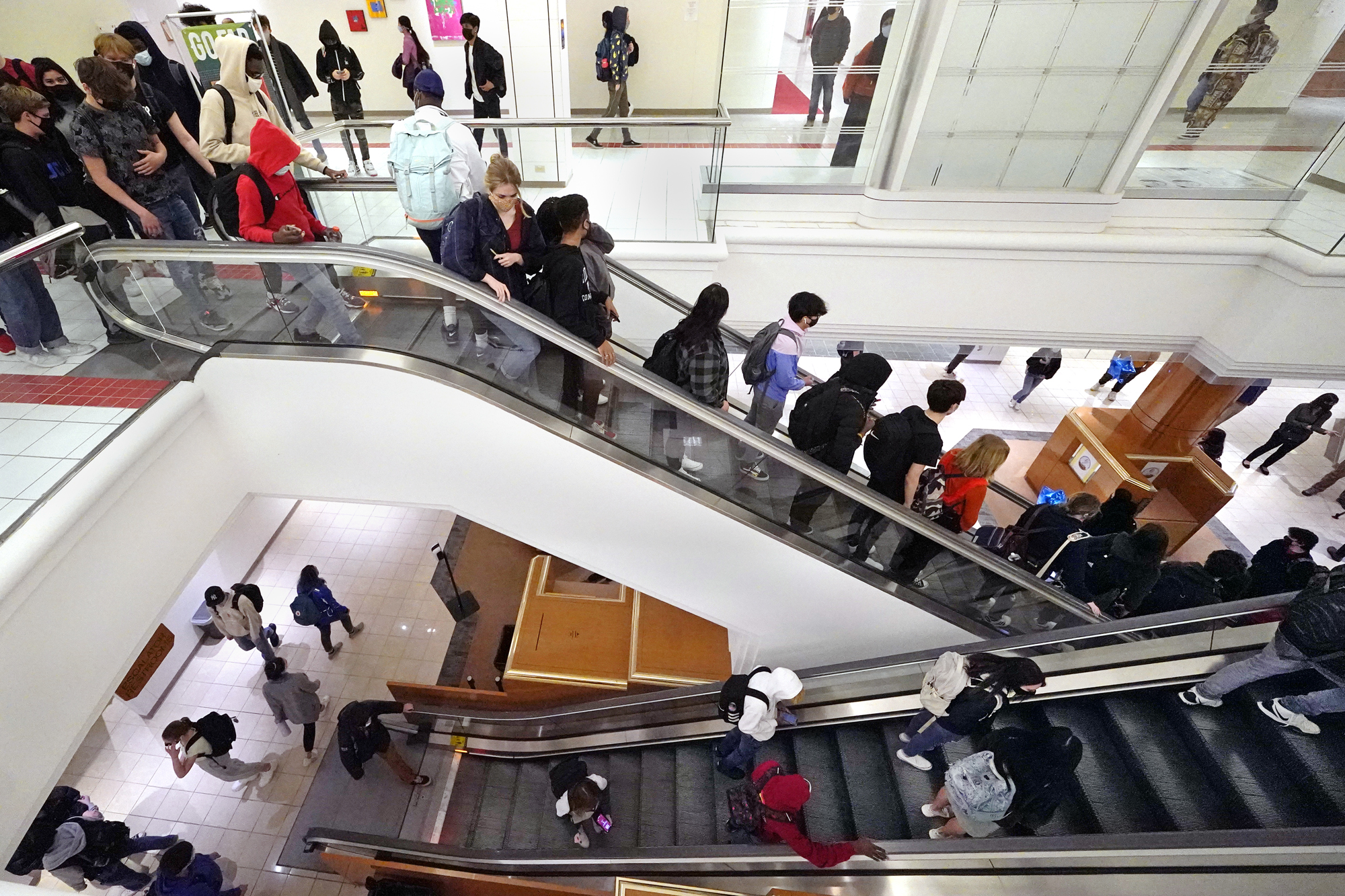 An abandoned Macy’s department store in Vermont has been converted into a school after district officials found toxic industrial chemicals in the old school and its grounds during renovations.

While the Downtown Burlington High School students were learning from home, school officials scrambled to find a new safe space toaccommodate half of the nearly 1,000 students plus faculty.

The empty department store, which closed in 2018, was transformed during a 10-week, $3.5million renovation. Construction workers added partial walls to make classrooms, converted the home-goods department into a library, remodeled the warehouse into a gym and adapted fitting rooms to become bathrooms, according to the Associated Press.

But the department-store-turned-high-school still has remnants of its former glory, including escalators, sparkly white tile floors, bright red carpeting, Calvin Klein and Michael Kors signs, and a large-scale Levi’s jeans advertisement on one of the classroom walls.

A Macy’s in Vermont is being used as a school.AP

The high school resumed in-person classes on March 4 at the new location. Freshman Moses Doe, 15, remembers shopping at the Macy’s before its transformation, telling AP, “It’s weird but cool at the same time” to see the building revamped as his high school.

There have been some complaints about the noise, as the partial walls don’t reach the ceiling, and seniors are no longer allowed to leave campus during free periods, but overall students seem to be happy to be back learning in person.

Math students work on algebra equations in their classroom, which was built in the middle of a former department store, at Downtown Burlington High School.AP

Some students, such as Aria Batten, 16, actually prefer the new building to their old school. “Honestly it feels genuinely better than the old BHS campus,” Batten said. “You can truly feel how much time and effort went into building it. They truly thought out the safety and construction behind it, and it makes me feel really good.”

The Burlington school district has leased the building for three and a half years while it investigates the dangerous chemicals at the previous location and assesses what needs to be done to create a safe learning environment there.

The Burlington Macy’s isn’t the only shopping location to see its space go to a completely different use, as Americans watch retail sales plunge. Earlier this year, the “Fortnite” developer Epic Games took over a nearly 1 million-square-foot abandoned shopping mall in North Carolina to serve as its new corporate headquarters.

On the flip side, a couple in Pennsylvania revamped an abandoned elementary school into their $2.37 million family home with four bedrooms, five bathrooms, an indoor basketball court, an arcade and a fitness center.

Toni Braxton Celebrates The Birthday Of Her Son, Diezel Braxton
Jordyn Woods Talks About Her Fitness Journey – Check Out Her Message
Comment