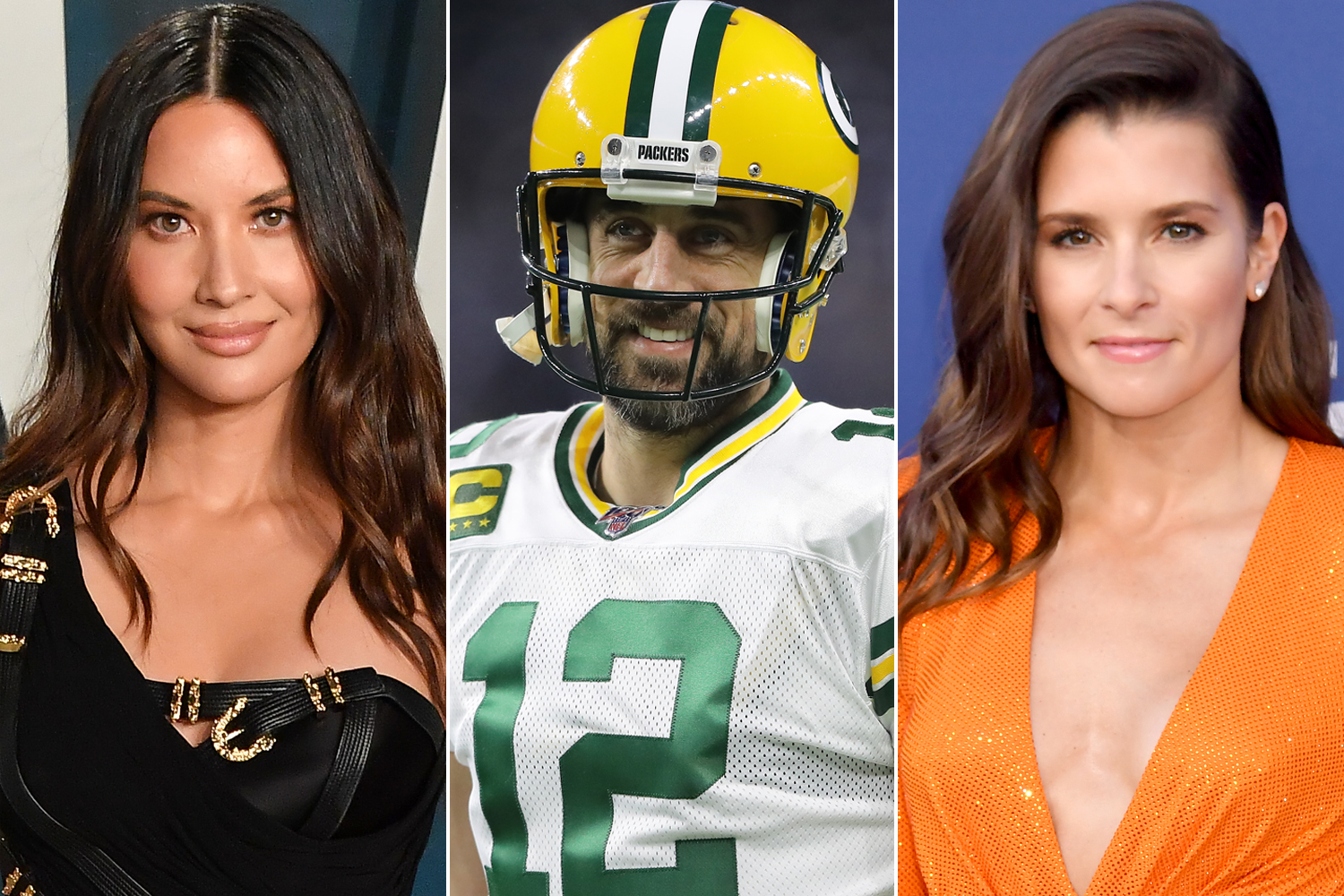 Aaron Rodgers could be named the MVP of the 2020 NFL season, but to some, he’s the MVB: Most Valuable Bachelor.

The Green Bay Packers quarterback has had a string of high-profile relationships over the years, most recently, with former NASCAR driver Danica Patrick. The pair called it quits in July 2020.

Here’s a look back at Rodgers’ most famous romances and flings.

iN 2011, Rodgers was briefly linked to “Gossip Girl” star Jessica Szohr. Although the pair called it quits, they gave love another shot in early 2014.

“They broke up because her schedule was crazy for awhile and they just couldn’t stay together in that situation but now they have been spending their free time together and things feel good. They fell right back into it,” a source told Us Weekly at the time.

Following Rodgers’ split from Szohr, he began dating actress Olivia Munn in the spring of 2014.

Munn, who previously dated actor Joel Kinnaman, has spoken openly about her romance with Rodgers, including game-day sex habits.

Following their breakup in 2017, Munn addressed the controversy regarding the frosty relationship between Rodgers and his family.

“I was friendly with Jordan [Rodgers] and I met the parents only a couple of times,” Munn said in a 2018 interview on SiriusXM’s “Radio Andy.

Munn said she encouraged Rodgers to have a heart-to-heart with his family.

“They had a really nice conversation, then they started coming out my first year when I was in Green Bay in 2014,” Munn said in the 2018 interview. “I just think it’s really important to try to mend things in a family, and I encouraged that.”

In the spring of 2017, Rodgers was spotted on a golf date with Sports Illustrated Swimsuit stunner Kelly Rohrbach.

The two were photographed at the Westchester Golf Course in Los Angeles, per TMZ.

Rodgers’ romance with Danica Patrick revved up in early 2018.

Over the course of their two-year romance, the couple documented their vacations and date nights together. In 2019, they even purchased a $28 million Malibu estate.

By the summer of 2020, however, a rep for the former Indy Car driver confirmed to Page Six that the pair had called it quits.

Rodgers, who signed a four-year, $134 million contract extension with Green Bay in 2018, said in September 2020 he’s got a “new and increased love of life.”

“I’ve made decisions and changes and habits that put me in a lot better head space and there’s just a lot of things that have come together in my life over the last few months that have really been enjoyable and reminded me, given me perspective, on life and in football to view things through the most positive lens I possibly can,” Rodgers said in an interview with SiriusXM’s “Pat McAfee Show.”