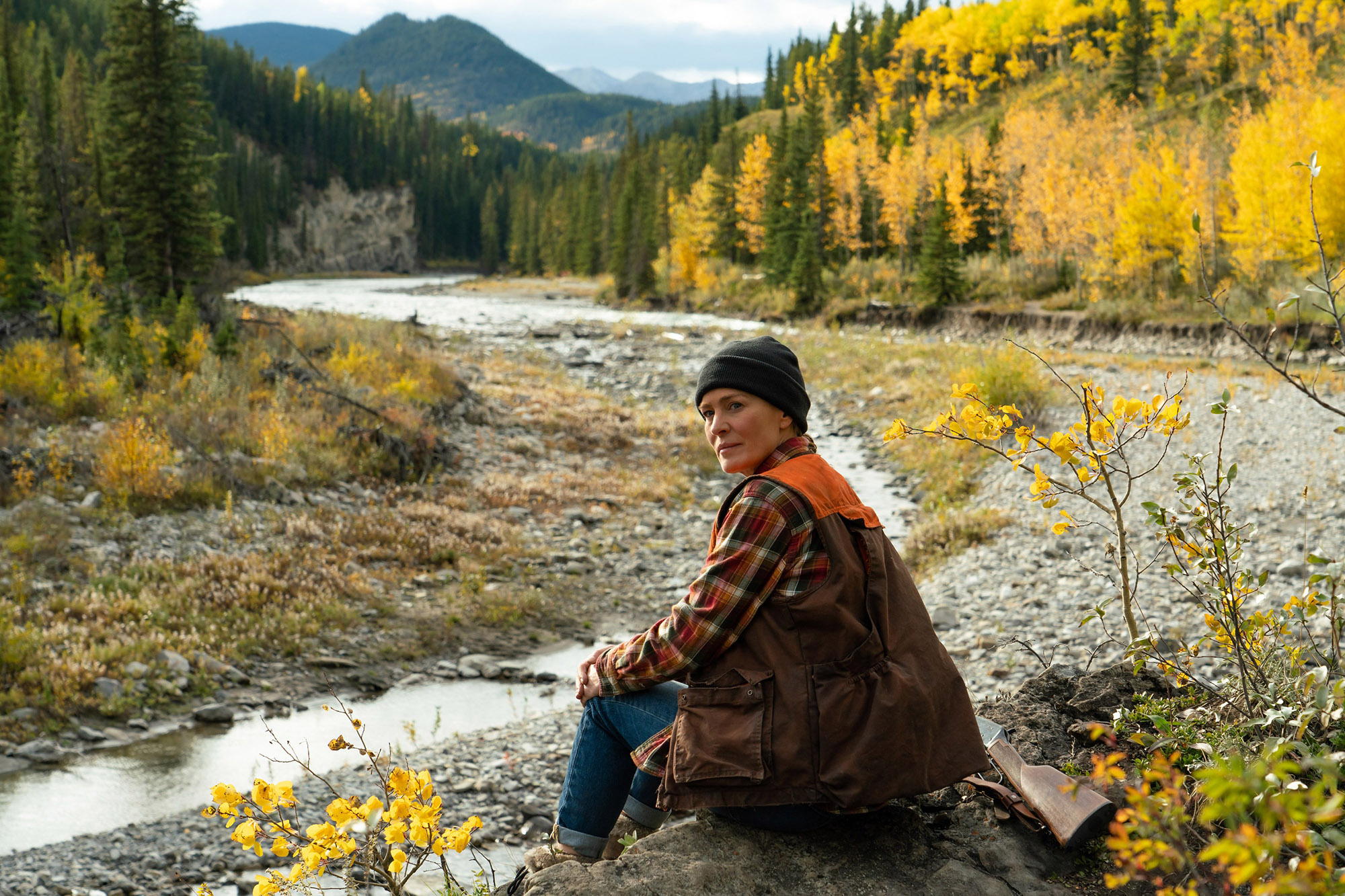 One thought is hard to shake during “roughin’ it” films: Could this Hollywood star really learn how to shoot a deer, skin it and have a delicious venison stew ready by 6 p.m.?

Robin Wright’s “Land,” which the “House of Cards” actress also directed, is no exception. What lifts her directing debut, however, is its soulfulness. Her character, Edee, isn’t some spoiled brat stranded in the woods like Tea Leoni in “Six Days Seven Nights”; she is a traumatized woman trying to rebuild her life from the ground up.

Edee’s reality has been shattered by a family tragedy, so she packs up the car and leaves the city behind for a cabin deep in the Wyoming wilderness far removed from civilization. No electricity, no gas, no news of the outside world — just four dirty walls and some cans of chili.

That’s when the familiar struggles start. A bear hurdles into her house and gobbles up all the food and destroys her supplies. She survives but has nothing left to eat, and right on cue comes a nasty blizzard. She almost freezes to death in her sleep.

After passing out, Edee awakens to find a man named Miguel (Demián Bichir) and his sister Alawa (Sarah Dawn Pledge) nursing her back to health. Miguel, a skilled outdoorsman, also shows her the ropes. Here’s how to hold a gun, this is the way to insulate your windows, chop wood like this. Pretty soon, she’s Grizzly Madams.

The passage of time in Edee’s journey is awfully confusing, perhaps purposefully to express the banality of solo outdoor living, but Wright also doesn’t change much physically. At one point, she tells a person she’s lived in the hills for years now. Years? From appearances, it could be days.

In “Land,” Robin Wright plays Edee, a traumatized woman trying to rebuild her life from the ground up.©Focus Features/Courtesy Everett

Edee’s relationship with Miguel is similarly vague. It’s popular in movies lately to tease a romance for an entire film and then let it fizzle, usually to present a woman lead as strong and autonomous. Fine, but his role of Mysterious Sexy Sherpa deepens only slightly by the end.

What’s potent, however, is the gradual reveal of what happened to Edee’s family and how her new environment helps her accept that. Wright is relaxed and almost meditative as she takes in the beauty of the horizon, and her simple directing captures the majesty of nature.