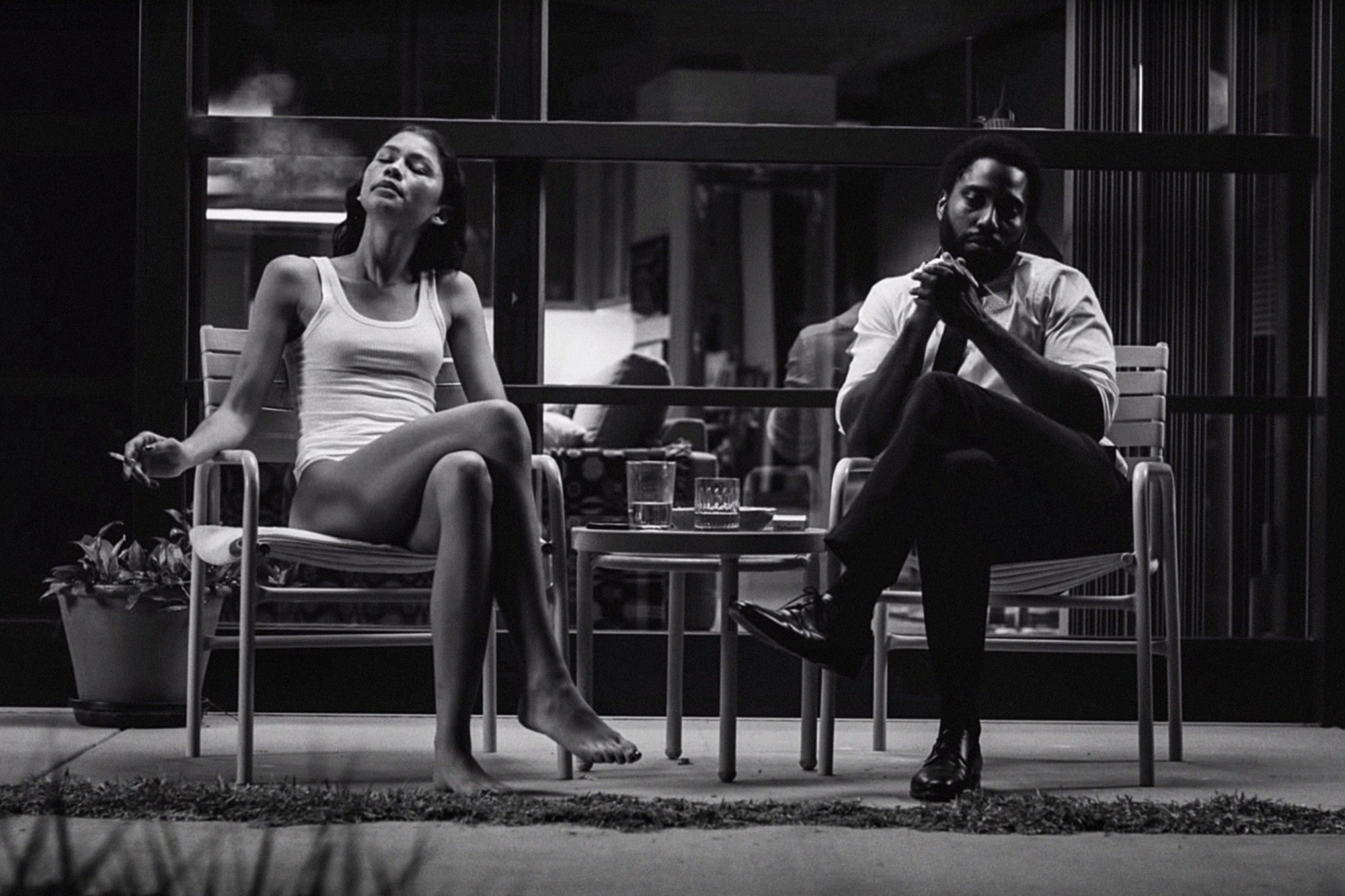 You know those “oops” moments when a star is caught not thanking their significant other in an awards acceptance speech? (Hilary Swank’s husband snub of 2000 springs to mind.) “Malcolm & Marie,” out Friday, ponders — as we all have, right? — what happens later that evening, when the couple gets home.

And it isn’t pretty.

Writer/director Sam Levinson’s black and white rendering sure is, though; his film even begins with old-fashioned credits meant to evoke, hmm, could it be “Who’s Afraid of Virginia Woolf?” John David Washington (“Tenet”) is Malcolm, a director who’s finally made a movie people are taking seriously. His longtime girlfriend Marie (Zendaya, also the star of Levinson’s HBO show “Euphoria”), is convinced she inspired the film’s main character — which makes his omission of her name in his speech earlier that night doubly insulting.

“Malcolm & Marie” takes place over the course of a single evening as the couple veers through every conceivable emotion. (It is reportedly one of the first films that was made during the pandemic, so the one-location shoot and tiny cast make a lot of sense.) Anger and resentment quickly bubble to the surface, leaving you wondering how or why these two have stuck together as long as they have. But Washington and Zendaya, freed from lockdown, dig into the dialogue with zest, and they’ve got a palpable chemistry even in the midst of some horribly hurtful exchanges.

Washington’s character also has a marathon rant about critics — particularly one “white girl from the LA Times” — that this critic found pretty entertaining, if rather obviously a mouthpiece for the screenwriter’s own frustration with reviews. It broadens into Malcolm giving a stomping, yelling tirade against conflating a director’s identity with the subject of a film, of inferring political notions where there is only art. “But you love political movies,” Marie points out, bemused. That’s not the point, Malcolm insists: Is his viewpoint irrelevant now because he’s a man? Because he’s straight?

Yeah, it’s an eye-roller. But it’s also a rather hilarious window into the extreme narcissism of Hollywood, where even a rave review can elicit an epic meltdown. Zendaya’s Marie, a recovering addict, has her own demons, but she’s got a clear-eyed view of her lover and his gigantic flaws. In her own rendition of a thank-you speech, she gives voice to the legion of overlooked, long-suffering Hollywood spouses. Chad Lowe, this one’s for you.