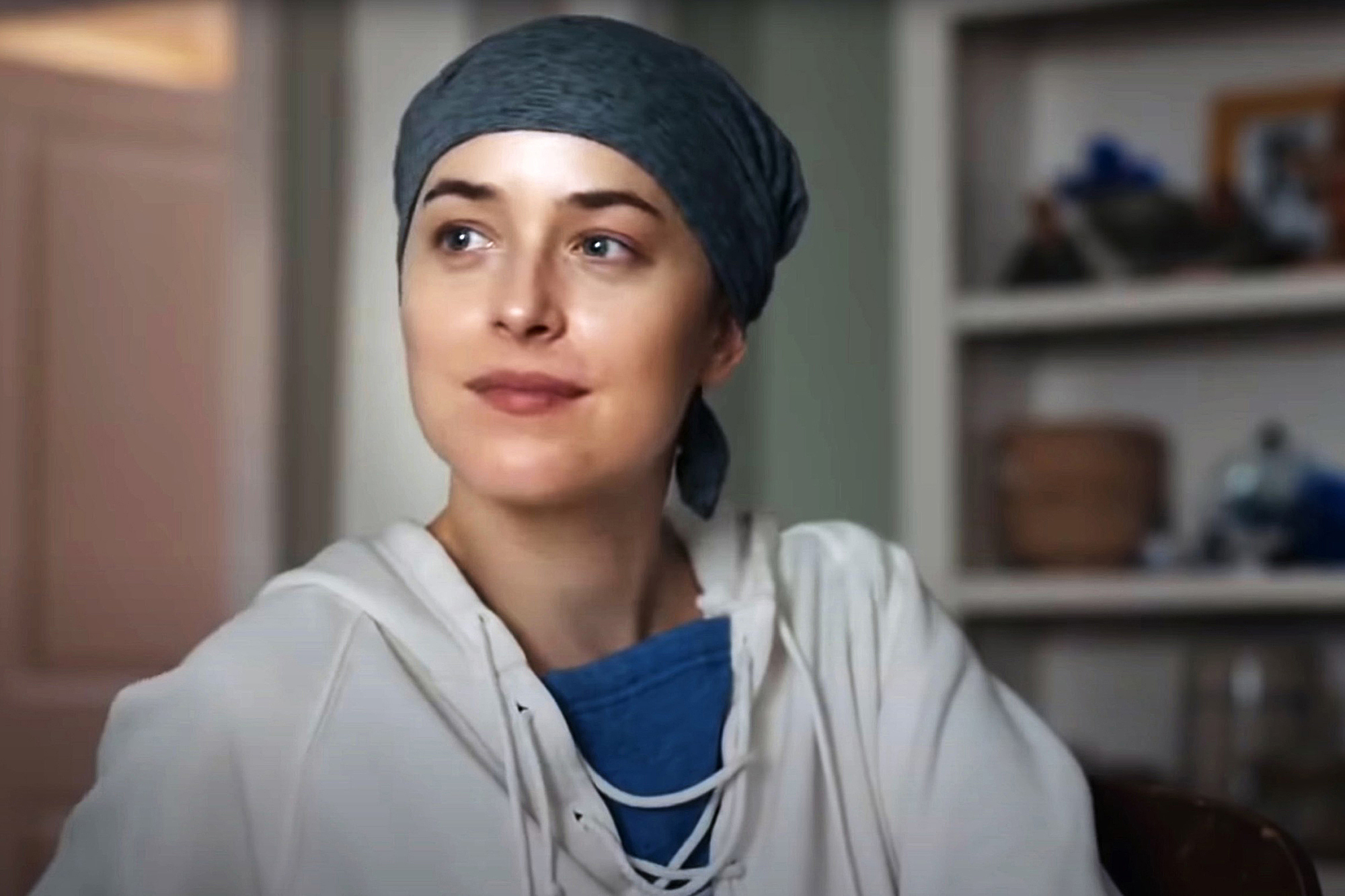 And now for your January ugly cry.

The premise of “Our Friend,” at first, sounds a bit like the 2006 Owen Wilson clunker “You, Me and Dupree.” An adult male pal spends all his time with a happily married couple. Is he going to host a kegger when they go out to dinner? Will there be a dumb gag with a blowup mattress?

No, thank God. Unlike Wilson’s loser pothead, the title companion of this weepy flick is a hero.

An ideally cast Jason Segel plays Dane, a wallflower who takes it upon himself to help out his married friends when one of them is diagnosed with cancer. Nicole (Dakota Johnson) is an enfeebled mother of two young girls, and a musical theater actress. Her husband, Matt (Casey Affleck), is a temperamental newspaper journalist.

The whole film, in fact, is based on writer Matthew Teague’s actual yearlong experience he chronicled for Esquire in 2015, about his friend coming to help out after his wife got sick.

That deeply personal connection is evident.

Non-linear, the story jumps back and forth through time, so in one scene we witness Nicole at her vibrant, bubbly best hosting a dinner party and, in the next, see disease ravaging her young, loving, artistic mind and body.

Now and then, the seeming randomness of the timeline halts the momentum and, therefore, our investment. The zigzagging makes more sense, however, later in director Gabriela Cowperthwaite’s film when the brutal contrast gains poignancy — especially after we learn about a rift that nearly crumbled, but ultimately strengthened, the marriage.

Johnson’s last movie, “The High Note,” was all right, but it was such a relief to see her relinquish her “Fifty Shades of Grey” paddle and other unseemly accoutrements for something non-stupid. She is an actress worthy of real challenges, and her uncompromising portrayal here proves that. Affleck, who can be a lot on-screen, is finest when he’s trying to forge a bond with his devastated little girls.

Some will accuse “Our Friend” of being sentimental, and it is, but not in an “Oh no! The golden retriever was kidnapped!” way. It’s subtle. The wisdom of Brad Ingelsby’s script is that Dane’s assistance is unnoticeable until very late in the movie. His acts of kindness sneak up on you.

Whether he is taking the couple’s daughters for ice cream or breaking up a fight, this is not the usual “Good Samaritan” shtick. And the film is more moving for it.

T.I. Celebrates The King Of Many Generations – Check Out The Emotional Post He Shared
Tiny Harris Looks Drop-Dead Gorgeous In Her Latest Clips
Comment